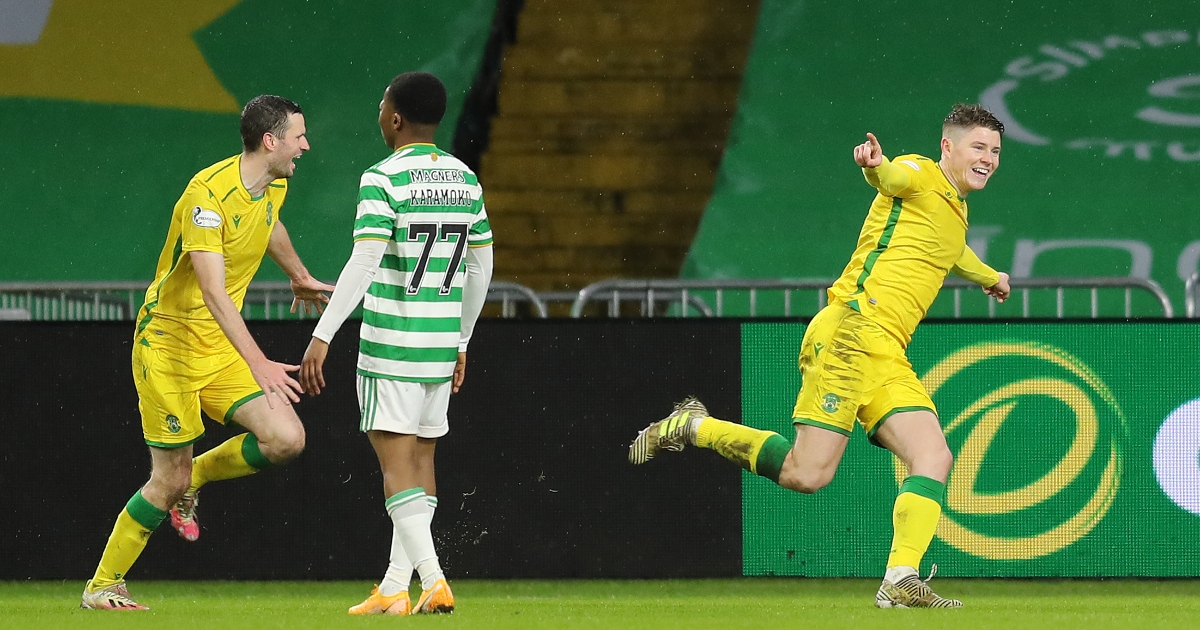 Celtic have signed Josip Juranovic from Legia Warsaw on a five-year deal and could now turn their attention to Hibernian striker Kevin Nisbet.

The Croatian defender is the Hoops eighth summer signing, joining the likes of Joe Hart and James McCarthy at Parkhead.

Juranovic will join up with the rest of the squad as soon as usual conditions and international clearance is sorted, the club has confirmed.

Megs masters: The race to end Rashford’s dominance has begun

Celtic manager Ange Postecoglou said: “We are absolutely delighted to be bringing Josip to the Club and we are sure he will be a great addition to the squad.

“As I have said before, everyone at the club has been working hard to add to our squad and we have made good progress. I am really pleased to bring Josip in to support the rest of the boys.

“We have so many challenges ahead of us and Josip will add important quality and depth. I am really looking forward to working with him.”

It has been rumoured that the Hoops could make a move for Hibs talisman Nisbet, who represented Scotland at Euro 2020.

With current striker Leigh Griffiths struggling for game time, he could be used as a potential makeweight in a deal for Nisbet.

A striker is on Postecoglou’s agenda before the transfer window closes and Greek striker Georgiois Giakoumakis has also been linked with the Scottish giants.

The Australian manager was asked about Nisbet on Saturday, telling BBC Scotland: “I ain’t quashing, or denying or confirming, y’know.

“I prefer to talk about the ones we have done, there is still some work we’re doing off the field, hopefully we will be able to make some announcements in the next few days.”

Asked if he was confident of more new faces arriving, Postecoglou replied: “Absolutely. For sure.”

Star striker Odsonne Edouard has been linked with a move away all summer, but no transfer has materialised so far.

Brighton have been rumoured to be interested, with the Daily Mail claiming they made a bid for the Frenchman earlier this month.

If Edouard doesn’t move this summer he will be free to talk to clubs in January, six months before his contract expires.