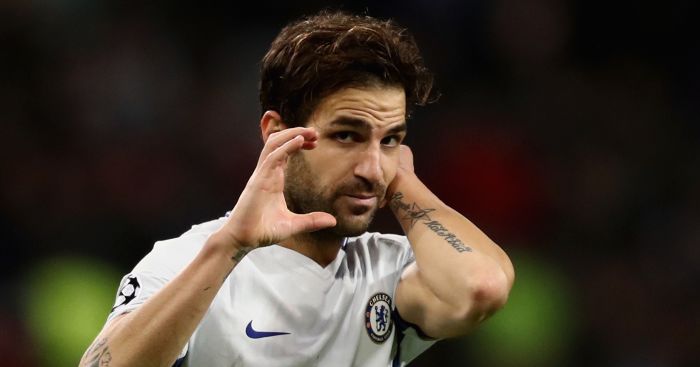 Cesc Fabregas says that Jose Mourinho promised to sign Diego Costa in an attempt to get him to leave Barcelona for Chelsea.

The Spaniard spent three seasons at Barcelona, winning a Copa del Rey and a La Liga title in his time there, before joining Chelsea in 2014.

It was a somewhat controversial transfer having played for rivals Arsenal for eight years but Mourinho managed to convince Fabregas it was the right move.

“Jose has one system but he works on that system very well. He’s got the specific players for the right system,” Fabregas told YouTube channel FIVE.

“One day, when I first met him he told me ‘I need two players, I’m going to sign Diego Costa. If you come to me…’, he drew me the team on paper and said ‘this team is winning the title’.

“The first day I met him he said ‘I only need two players: Diego, who is basically signed’ and then Thibaut Courtois was coming but if not it was Petr Cech. It’s basically the same. But he said: ‘you come, we will win the title’.

“After that, working with him, he’s probably the coach that played with my mind better. He’s a great coach for great players.

“He plays with the mind. He stimulates you. One day, we were doing very well in the league and he texts to tell you how good you are, how you played so well… [but then] ‘today you were rubbish’. Like this, he plays with you.”