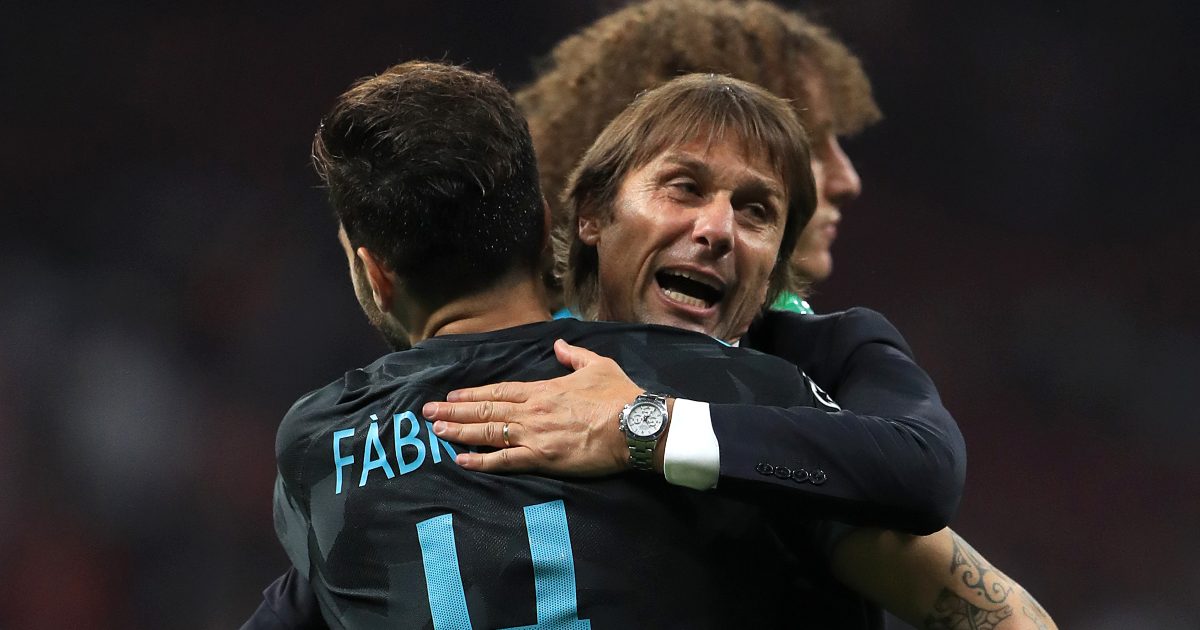 Former Arsenal and Chelsea star Cesc Fabregas has suggested that “freedom was non-existent” during his time working under Tottenham boss Antonio Conte.

Fabregas worked with Conte during their time together at Chelsea. The Italian spent two years at the Blues between 2016 and 2018.

In this time, he won the Premier League and FA Cup before he departed at the end of the 2017/18 campaign.

After leaving Chelsea, Conte went onto win the Serie A title with Inter Milan. He returned to England earlier this month as he replaced Nuno Espirito Santo at Tottenham.

The 52-year-old has one win and a draw from his two games in charge. This weekend, Spurs host Leeds United at The Tottenham Hotspur Stadium.

Fabregas has told CBS Sport that “it was like going to school” playing under Conte:

“I think with Antonio, it was the first time that I’ve seen someone know exactly [what they want] … It was like going to school. I promise you, he will tell you, from the goalkeeper until you have scored a goal, what you have to do, exactly everything,” Fabregas said.

“Maybe it’s in a different way to how I saw football. At the beginning, it was difficult for me, don’t get me wrong. A lot of running, a lot of intensity. Big sessions, double sessions, gym sessions.

“I had coaches like Pep [Guardiola] who had a lot of positioning game but we had freedom inside of this. With Conte, the freedom was non-existent, he was telling me where I have to pass the ball.

“I’m 29 years old in that moment, I’ve already played for 13 years, I played in every final, I won a lot of things and this guy is telling me where I need to pass the ball.”

Spurs coach Ryan Mason has been “sucked in” by Conte’s “contagious” winning mentality:

“I’ve been here a long time, I know everyone and people know me which probably makes people feel a little bit more comfortable in that sense, but the boss and the coaching staff that he’s brought along are top, top people, really professional and hard-working and I’m sure even if I wasn’t here, it would be no different.

“That winning mentality is contagious – you get sucked into it, you live and breathe in the same way.

“The boss is an ex-player who’s won everything, he’s had a successful career as a player, won many trophies and also in recent years he’s won trophies as a manager as well, so that winning mentality that he has and that way that he wants to compete every day, of course I can get on board with that and hopefully that will help everyone to make it a successful time for the football club.”