Home Arsenal Cesc on Ozil: ‘I don’t think he has it in him to be leader’ 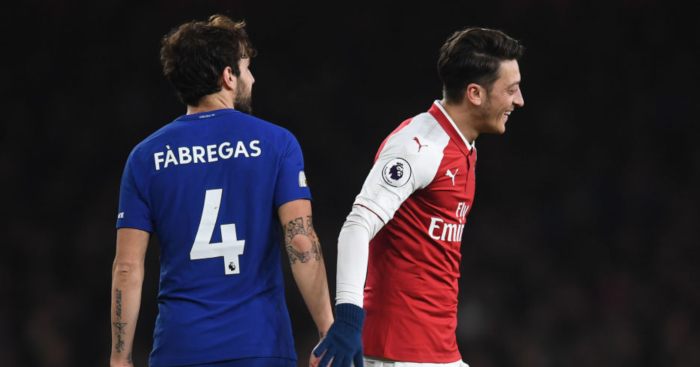 Cesc Fabregas does not believe Mesut Ozil is capable of being a “leader” at Arsenal.

Ozil was conspicuous by his absence for 77 minutes of the Europa League final on Wednesday, creating one chance and failing to have a single shot.

His replacement, teenager Joe Willock, had four shots and did not misplace a single pass in his brief cameo, providing a telling contrast between the two.

Ozil might well be up for sale in what promises to be a summer of great upheaval at the Emirates, with former foe Fabregas doubting his abilities as a dressing-room leader.

“I think sometimes you just have it inside or you don’t have it,” Fabregas told BT Sport.

“When he was at Real Madrid he was surrounded by top top players and one of the best players in the history of the sport in Cristiano Ronaldo.

“I’m not taking anything away from Mesut, he played top football there, but once you step down a little bit, because we can all agree Real Madrid, Barcelona, Bayern Munich they are top three, you have to show yourself a little bit more because you don’t have the same quality around you.