Home All The News Chambers could leave Arsenal on loan, admits Wenger 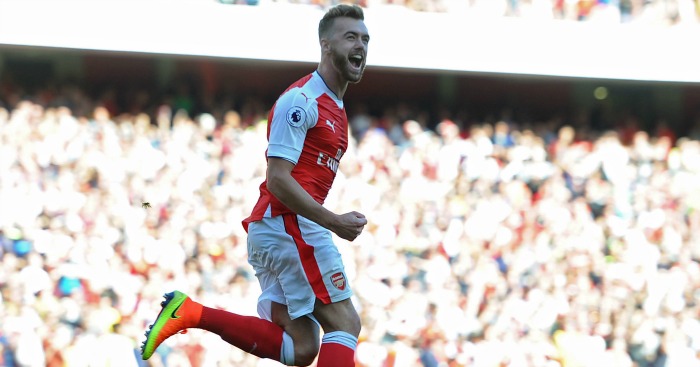 Arsene Wenger has revealed Calum Chambers could leave Arsenal on loan before the end of the transfer window.

Despite conceding that the window has been “more difficult” than he expected, Arsenal are finally closing in on the signings of Deportivo striker Lucas Perez and Valencia defender Shkodran Mustafi.

The arrival of Germany international Mustafi will see Chambers fall further down the pecking order, and the England international may now leave north London temporarily.

“His future is not affected,” said Wenger. “But he could go out on loan.”

One player who has left Arsenal on loan is Joel Campbell, who joined Sporting Lisbon last week.

The forward asked to leave the Gunners after struggling for first-team football, though Wenger insists he could come back into the fold next season.

“I believe that he has been a victim of the size of the squad. At an age where he needs to play, don’t rule out he comes back,” he added.