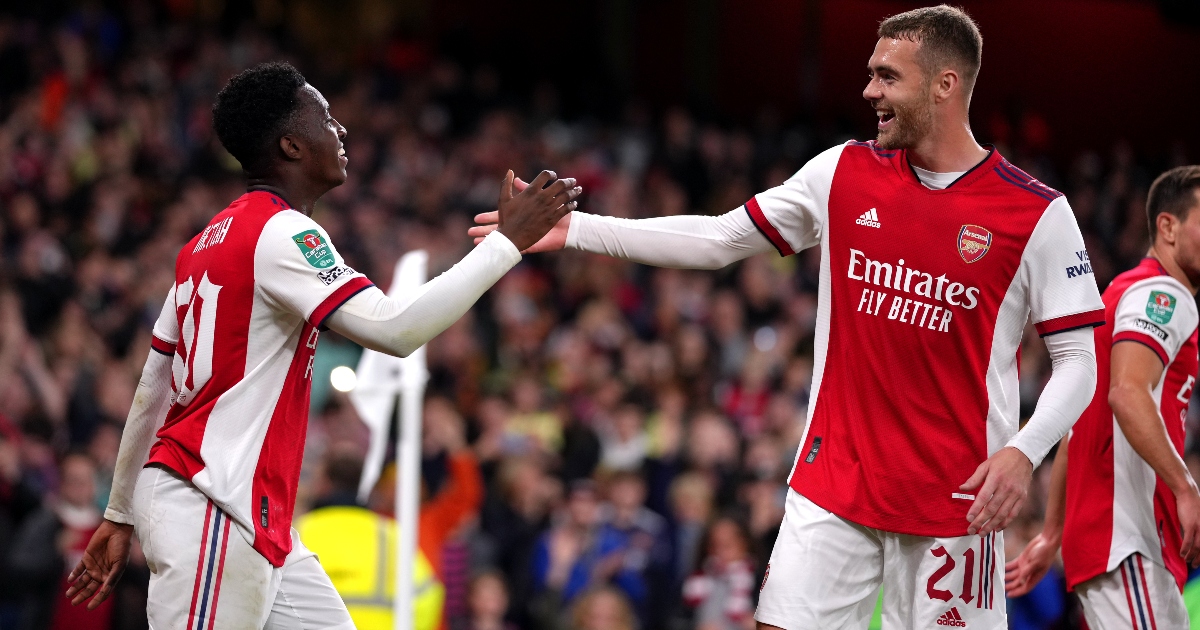 Arsenal defender Calum Chambers is targeting glory in the Carabao Cup following the Gunners’ 2-0 win over Leeds United in the round of 16.

The 26-year-old scored the opening goal on Tuesday evening with his first touch after replacing Benjamin White in the 55th minute.

Eddie Nketiah sealed the win late on with a tap-in after rounding Whites goalkeeper Illan Meslier following a mistake by Liam Cooper.

The win meant that Arsenal have reached the quarter-finals of the competition five times in the last six seasons.

They suffered defeat in the 2018 final against a Manchester City side which had Gunners boss Mikel Arteta on the coaching staff.

Chambers played in the final as part of a three-man defence, and is hoping the north Londoners can go one better this season.

“We want to go all the way,” he told Arsenal Media.

“A club like Arsenal needs to be going all the way and competing for silverware in every competition, so that’s obviously our aim.

“That’s our goal, we’re fully focused on that and believe we can do that.”

The goal for Chambers was his first in over two years and he ran straight over to the bench he had stepped from just 21 seconds earlier to celebrate with his team-mates and coaching staff.

“They were all getting in my ear as I came on, saying, ‘You’re going to score on your first touch’ and it convinced me so I had to go and run over to them and celebrate,” he added.

“It happened pretty quick. All the guys on the bench who were putting me on, the set-piece coach Nico (Jover), the boss, they all said, ‘Go and score on your first touch.’

“So that was all that was in my head and yeah, it was nice to see it come off my head and go over the line. It was definitely a first and a pretty unique way to score.”

Meanwhile, Arteta is hopeful that Nketiah will sign a new deal at the Emirates, with his current deal expiring next summer.

He said: “I have full belief that he is going to be a top, top player and hopefully at Arsenal. I’m happy to have him, he is our player, I regard him really highly and from my side I want him to stay.”