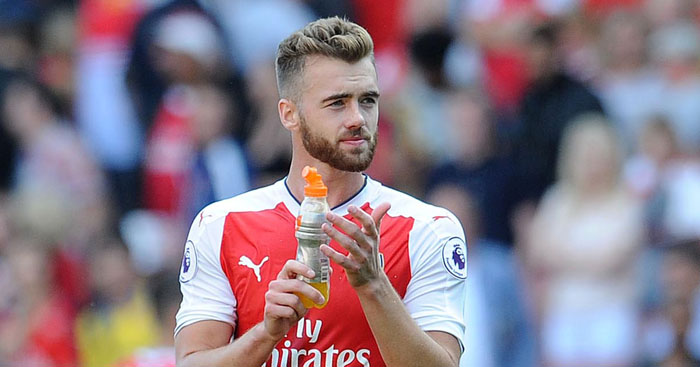 Calum Chambers will be challenged to compete for an Arsenal centre-half starting berth as part of a new four-year deal.

Chambers is widely reported to be close to extending terms at Arsenal, with BBC Sport’s David Ornstein reporting that Unai Emery ‘sees huge potential’ in the 23-year-old.

The new manager is eager for Chambers ‘to compete for a starting position at centre-back,’ and turn down Premier League overtures in favour of a four-year deal at Arsenal.

According to the Daily Mirror, Brighton, Fulham, Bournemouth and Wolves were all interested in bringing the England international in this summer.

Chambers has struggled to establish himself in north London since joining in summer 2014, playing 83 games across four seasons at Arsenal.

He spent a spell out on loan at Middlesbrough to aid in his development, but Emery is keen to keep him in Arsenal’s first team going forward.

The Mirror add that he will be given the opportunity to establish himself alongside imminent central defensive arrival Sokratis Papastathopoulos.