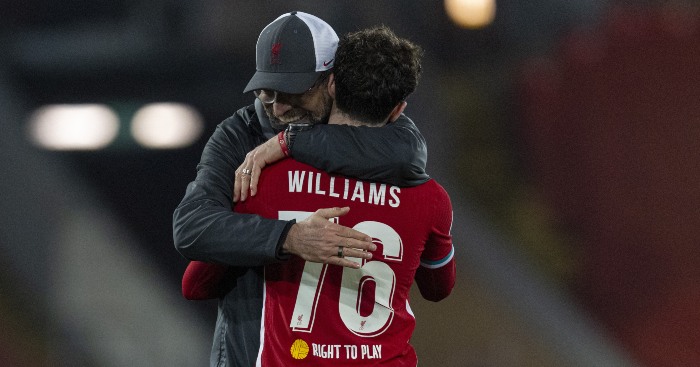 He’s not been his usual happy smiley self recently, has he?

Like all great managers, Jurgen Klopp is not a great loser. Liverpool’s recent results haven’t been disastrous, but they haven’t been great. They’d won only one in four in all competitions ahead of the clash with Ajax.

But that wasn’t even really it. Klopp’s frustration was not with his own players or performances, but with things outside his control. He wanted five subs, couldn’t have them. Above all, he wanted to stop being, as he saw it, pissed about by broadcasters and forced to play at 12.30pm Saturday after Wednesday Champions League games.

Whatever validity or otherwise you may think his arguments carry, it was all clearly riling him. Only he will truly know what if any part it played in some slightly iffy results. Was he distracted? Which came first, the chicken or the substantial meal? Did a couple of disappointing results fuel his anger or did his anger fuel a couple of dodgy results?

Either way, there were multiple reasons for Jurgen to be cheerful again on Tuesday night. Tuesday instead of Wednesday, for one thing. And they don’t play again until Sunday. And then Wednesday. And then Sunday again. In 2020/21 terms, that’s a breeze.

Tuesday night was a good one for Klopp because the things outside his control also went his way. Yes, he got the big keeper call spot on and will be rightly chuffed about that. Yes, Curtis Jones continued his very encouraging development. And Liverpool won their game. All lovely, all good news for Klopp.

But the uncontrollable fell his way too. He would’ve expected to beat Ajax at home, albeit knowing it would be tricky. He would not have expected Atalanta to drop points at home to Midtjylland. That really is a lovely bonus from outside Klopp’s control.

It means Liverpool are now not just through to the last 16, but are sure to do so as group winners. That makes next Wednesday night as stress-free as a Champions League night can be and at a crucial time before the rush of games over Christmas.

Fundamentally, everything looks far rosier for Liverpool than it did before Tuesday night. There was an easy negative spin to put on things before Jones’ winner; Liverpool were looking at a run of one win in five with Champions League qualification in the balance in a busy run of games.

Now it’s Champions League top spot secured and a solid run of form with just one defeat in 11 games.

Given both scenarios involved Liverpool being kept off the top spot in the Premier League only on goal difference and only by a team with a proud and long history of making a bollocks of things, there really are plenty of reasons to be cheerful at Anfield even in a season where things haven’t gone quite so gloriously smoothly as last. There is still not a club in the country that wouldn’t swap positions with Liverpool in a heartbeat.

Come on, Jurgen. Give us a smile.