Their domestic form has been a bit off, but Europe has offered a serene sanctuary thus far for Manchester City. 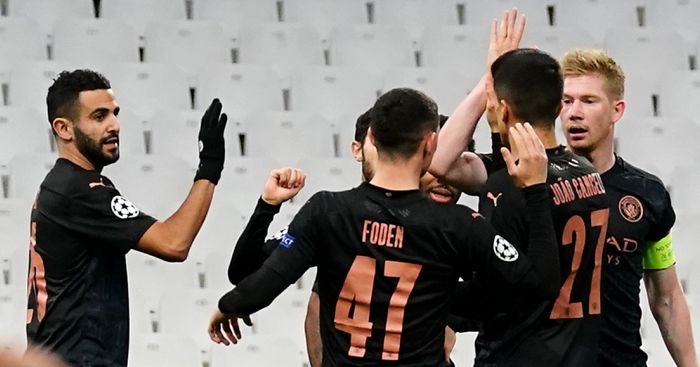 Everything used to come so easy for Pep Guardiola and Manchester City. Back-to-back record-breaking Premier League titles were secured amid an aura of utter invincibility that seemed set to last and last.

Then it didn’t. City were never even in the title race last season, and once again fell short in Europe, a familiar failing even from their golden period.

This season is a different one for everyone for many reasons. With nobody likely to secure 100 points this season or anything like it, City may yet find themselves in a sprawling title race unlike those we’ve seen in recent seasons.

But it’s very much down to Liverpool’s levels dropping than City raising themselves up. They’ve already discarded seven points in five games. It’s not the serene machine we’ve seen before.

Europe, though, so often the final hurdle City couldn’t quite clear, is now providing the relief and respite from those domestic travails.

Porto and Marseille have been dispatched with clinical efficiency, City bagging three goals in each game, and a double header against Olympiacos offers the welcome chance for City to secure Champions League progression with a couple of games to spare.

When a game is won as comfortably as this was by City, it’s easy to just retrofit the idea that this was always the likely outcome. Especially with a team we’re so used to seeing swat opposition away.

But this was never guaranteed to be such a cruise. City were without Sergio Aguero and Gabriel Jesus and up against precisely the kind of back-five deep-lying defence they have struggled to unpick this season.

A front three of Raheem Sterling, Ferran Torres and Phil Foden certainly isn’t short of quality, but it’s not hard to envisage a scenario where everything quickly becomes very frustrating indeed against a team that has lost just once in eight Ligue Un games this season.

Instead, City’s front three excelled. Torres and Sterling scored, Foden was excellent and all is well. Bigger and tougher tests await City on all fronts, with a huge Premier League clash with Liverpool looming just before the international break.

In a more normal City season, this sort of punchily confident and expressive away victory against awkward opponents would just be another to add to the list. This season, it’s a bit more out of the ordinary and all the more welcome for that.

City have stumbled this season, but so has everyone else. Nothing is f***ed, everything could still be okay. Nights like this one show why.