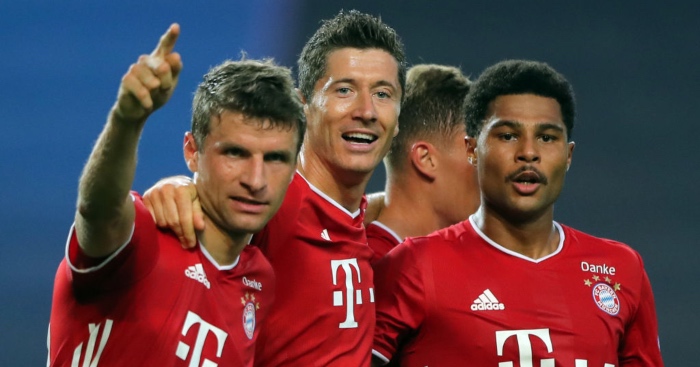 Showpiece European final to watch – PSG v Bayern Munich
The 2020 Champions League final is a land of contrasts. The regal, old-money pedigree of Bayern Munich against the petrodollar-fuelled usurpers from Paris. The well-oiled machine that is the Munich team against the mercurial brilliance of PSG’s band of gifted mercenaries. Other clichés.

It’ll all be overplayed, of course. PSG – especially their scintillating front three – are far more of a team than people credit; Bayern have more than their share of individual dazzle. Still, though, the contrast is there and the differing styles could make for a classic final. Being a Champions League final it could also, of course, be absolutely stiflingly dreadful. But hopefully not.

Bayern, who have won literally every single one of their 10 Champions League games this season while helping themselves to 42 (Forty-two) goals in the process, will start as heavy favourites to land a sixth European crown. But PSG, having apparently abandoned their long-held strategy of making an unholy bollocks of European football despite having more resources than God, possess more than enough quality and smarts to spring a surprise and become the first new European champions since Chelsea, a team who very much provide the blueprint for PSG having successfully made the jump from new-money interlopers to establishment figures.

Two lovely and fascinating European finals to watch then in what should be the second week of the normal season. It’s all weird and wrong but let’s just enjoy it.

Player to watch – Neymar
Because he always is. Because he’s the most polarising player in the game today and quite possibly the finest player that significant numbers of people have genuinely and truthfully believed to be no good since the great Gary Doherty himself.

As the Neymar Discourse descends ever deeper into two diametrically opposed and entrenched camps, Sunday night will provide the definitive answer regardless of how well he plays. Win, and he’s the heir to Messi and Ronaldo; lose and he’s consigned forever to be known as Fraud of Fraud Hall. Those are the rules.

Team to watch – Liverpool
Unlike just about every other elite team in Europe, the English champions have had their trotters up since March.

By the time lockdown came along, the Premier League title was already won in all but name yet they were out of both the FA Cup and Champions League. Rarely lifting themselves out of second gear as they quite rightly treated Project Restart as little more than a rubber-stamping victory lap, they now continue their pleasant and leisurely journey into next season with a friendly against Stuttgart on Saturday, live on LFCTV.

They’ll probably be a bit sh*t and might even not win, which will prompt all manner of over-reaction like they didn’t lose pretty much every pre-season game last season and won’t once again win the league by December. They’re not Premier League favourites and we genuinely don’t know why.

Scottish game to watch – Dundee United v Celtic
Celtic return to action after Boli Bolingoli’s escapades with a trip to Tannadice. Breaching Covid protocols is a very serious business and not to be taken lightly, but it has made the Scottish table a bit more interesting than usual. Here, for instance, we have mid-table Celtic looking to wipe out the three-point lead the newly-promoted Terrors. See? Great fun. More of that please, Scotland. Just without the significant breach of public health measures if possible.