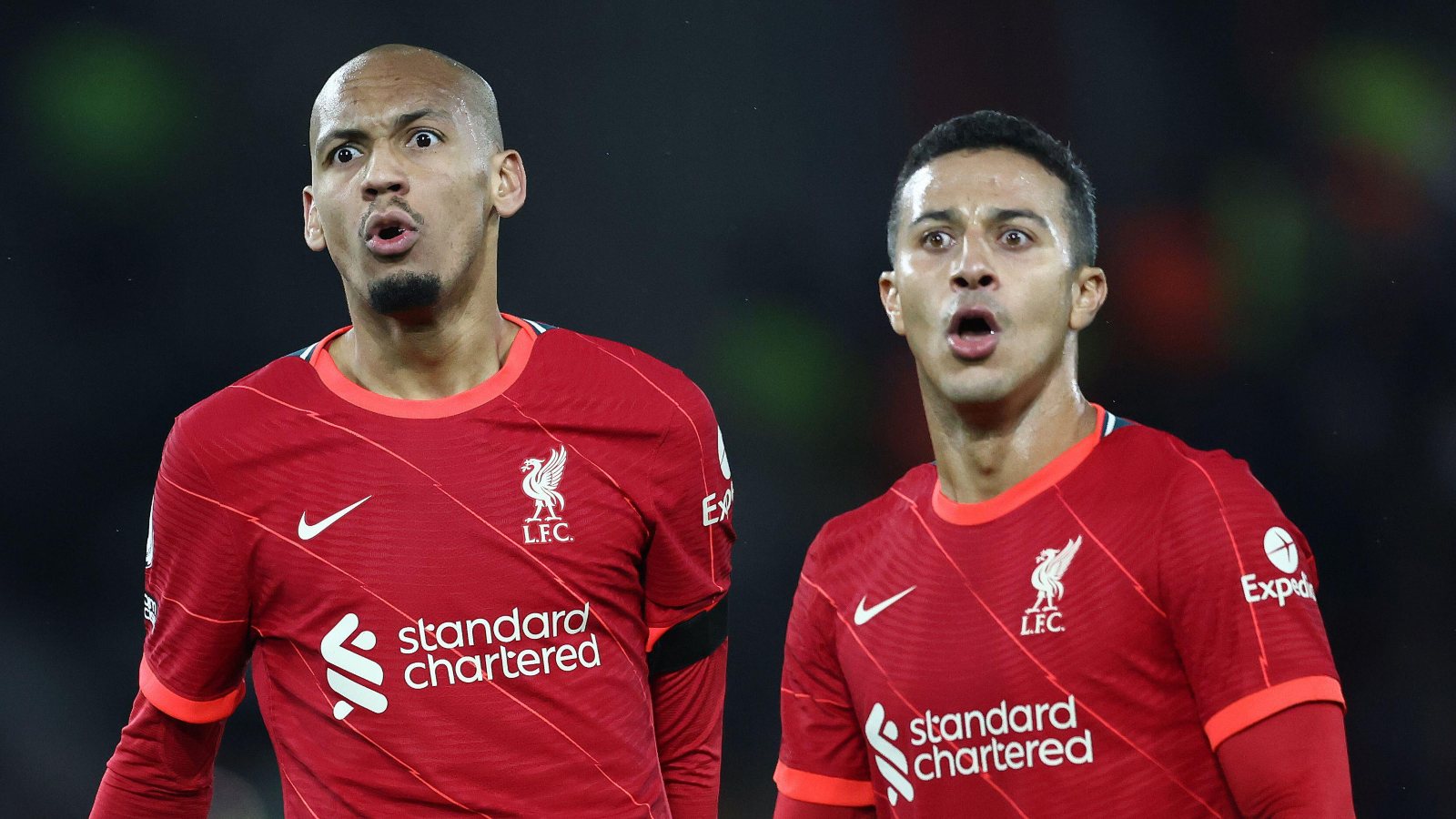 Liverpool have suffered a big injury worry ahead of the Champions League final with midfielder Thiago not seen in training on Wednesday.

The Spanish midfielder limped off shortly before half-time in Liverpool’s 3-1 win over Wolves on the final day of the season.

The Kylian Mbappe saga will be back again in three years; Real and PSG will demand it

Liverpool manager Jurgen Klopp revealed after the game that he didn’t think Thiago would be available to play in the final in Paris, but admitted they would wait and give him the chance to prove his fitness.

“I think he’ll be out of the final but I don’t know,” Klopp told Sky Sports. “He’s limping, so it’s maybe not the best sign.”

In another interview with beIN Sports, Klopp added: “With Thiago we have to wait, all the others will be back.”

The fact that he was seen in team training on Wednesday makes it unlikely that he be able to feature against Real Madrid.

However, Liverpool have been given some good news with Fabinho and Joe Gomez returning to training just in time for the final.

Brazilian midfielder Fabinho was taken off in the first half of the 2-1 win over Aston Villa two weeks ago whilst Gomez was substituted at half-time of the trip to Southampton last Tuesday.

Gomez would be unlikely to start the final anyway with Joel Matip and Ibrahima Konate ahead of him in the pecking order to start alongside Virgil van Dijk.

However, Fabinho’s return to training will be welcomed by Klopp, especially if Thiago is to be unavailable.

Meanwhile, Liverpool chairman Tom Werner has admitted he doesn’t want to imagine the club without Jurgen Klopp in charge.