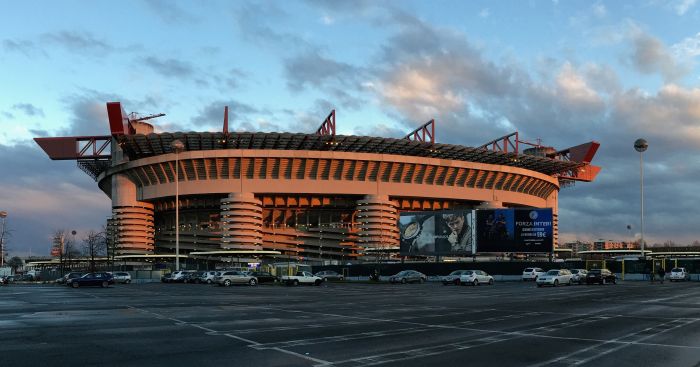 UEFA has announced that this season’s Champions League finalists will receive just 20,000 tickets each for the San Siro showpiece.

The home of AC Milan and Inter Milan has a capacity of 71,500 for the final of Europe’s premier club competition and will stage the match on Saturday, May 28.

However, supporters from the two clubs who reach the final will make up little more than half the total attendance after some tickets went on sale on Tuesday.

UEFA confirmed each finalist would receive 20,000 tickets for the contest and a further 6,000 would be made available to the general public via UEFA’s official website, with tickets in four price categories ranging from 440 euros (£343) to 70 euros (£55).

The governing body said the remaining 25,500 tickets would be designated to the “local organising committee, UEFA and national associations, commercial partners and broadcasters, and to serve the corporate hospitality programme”.

Last year, when the final between Barcelona and Juventus was hosted in Berlin, the two clubs also received 20,000 tickets each amongst a capacity crowd of 70,500.

In 2014 in Lisbon Real Madrid and Atletico Madrid were allocated just 17,000 tickets each for a game staged in front of a 61,000 capacity crowd.