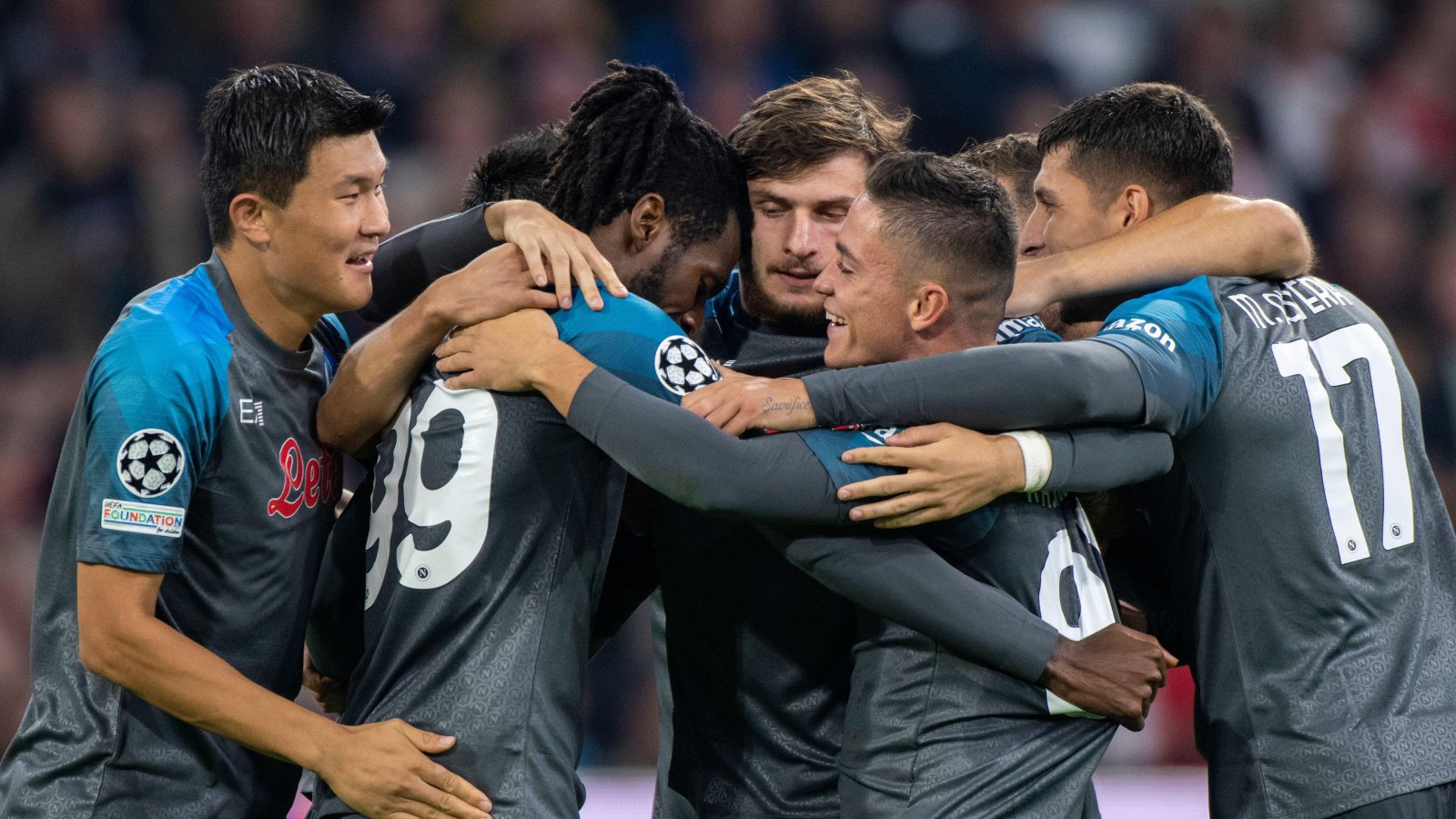 Jurgen Klopp’s side turned in a much-improved display following their slow start to the season and climbed up to second in Group A, three points behind in-form leaders Napoli.

Alexander-Arnold scored a brilliant early opener, curling an unstoppable free-kick into the top corner, and Salah converted from the spot after Leon King’s clumsy second-half challenge on Luis Diaz.

Napoli lead the way after extending their 100 per cent start to the season in all competitions to 11 matches.

Luciano Spalletti’s side, top of Serie A, followed respective 4-1 and 3-0 group wins against Liverpool and Rangers by crushing Ajax 6-1 in Amsterdam.

The German champions, unbeaten in the group stages since September 2017, remain top of Group C, extended their 100 per cent start this season to three matches and have yet to concede a goal.

Barcelona slipped to their second group-stage defeat of the season, losing 1-0 at Inter Milan.

Hakan Calhanoglu scored the only goal to leave Barca, who lost 2-0 to Bayern Munich in their previous group match, third in the table, three points behind Inter.

Tottenham’s goalless draw in Germany against Eintracht Frankfurt – both sides spurned several chances – leaves them second in Group D, two points behind leaders Sporting Lisbon, who slipped up earlier in the evening.

Marseille turned the table on its head by sending Sporting crashing to their first defeat in a 4-1 win at the Orange Velodrome.

Marseille fell behind inside the first minute to Trincao’s effort, but hit back with two goals in three minutes from Alexis Sanchez and Amine Harit.

Sporting goalkeeper Antonio Adan was sent off for handling outside the area midway through the first half before Leonardo Balerdi gave Marseille a 3-1 interval lead. Chancel Mbemba added a late fourth for the French side.

Club Brugge made it three wins from three by beating Atletico Madrid 2-0 in the Belgian capital to open up a six-point lead at the top of Group B. Kamal Sowah and Ferran Jutgla scored in either half.

Porto notched their first group win of the campaign, 2-0 at home against Bayer Leverkusen thanks to goals from Zaidu Sanusi and Galeno.