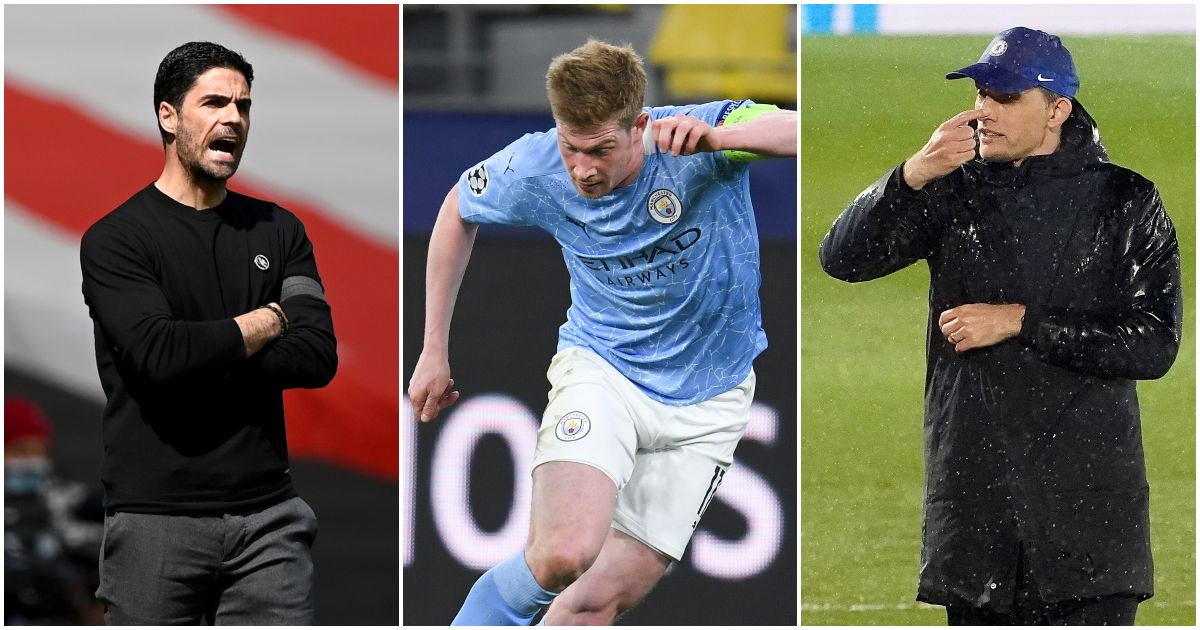 The Premier League has become a little dull so thank f*** for the Champions League riding in on its white horse to save the day. It really does get sexy this week with both games poised at a very exciting juncture.

Game to watch – Chelsea v Real Madrid
Chelsea were excellent in Madrid in every department bar the one that truly matters. As we wrote at full-time, they could become the ‘despite’ European champions, but they could just as easily fall painfully short because they are lacking a genuine, in-form striker. Timo Werner is patently not that man but perhaps Kai Havertz could at least don a mask and pretend after his double against Fulham, though outwitting Tosin Adarabioyo is a tad different to outwitting Sergio Ramos, rather annoyingly expected to be available again on Wednesday.

“Maybe play no striker at all then Ramos has nothing to fight against. That can also be a solution,” hinted Thomas Tuchel, who said “there are many questions and we don’t have the answers now” after the win over Fulham, but there is only one question (assuming everyone else is fit): Who plays up front? Havertz – one of our weekend winners – is surely now in the driving seat. There’s a good chance that his perma-sulk face will at least tempt Ramos into a sly punch. A valuable weapon.

Their lack of potency does mean that nervously edging towards a 0-0 has to be a possibility. It’s not that Tuchel will play for that result – that would be supreme folly – but that he will quietly accept that 0-0 may offer Chelsea’s best chance of progression. That will mean suffocating Real even more successfully than last week, so do not expect a riot of entertaining football. This might not be pretty and it might not even be watchable for many Chelsea fans and yet somehow, this really could be glorious. Who needs a striker when you have N’Golo Kante?

Player to watch – Kevin De Bruyne
There is still a school of thought that Kevin De Bruyne is not a man for the big occasion and subscribers to such a curious school of thought will have no time for talk of goals in the last 16, quarter-final and semi-final of the Champions League if he does not score a decisive goal in the actual final. Maybe even two goals. A hat-trick might just be enough. 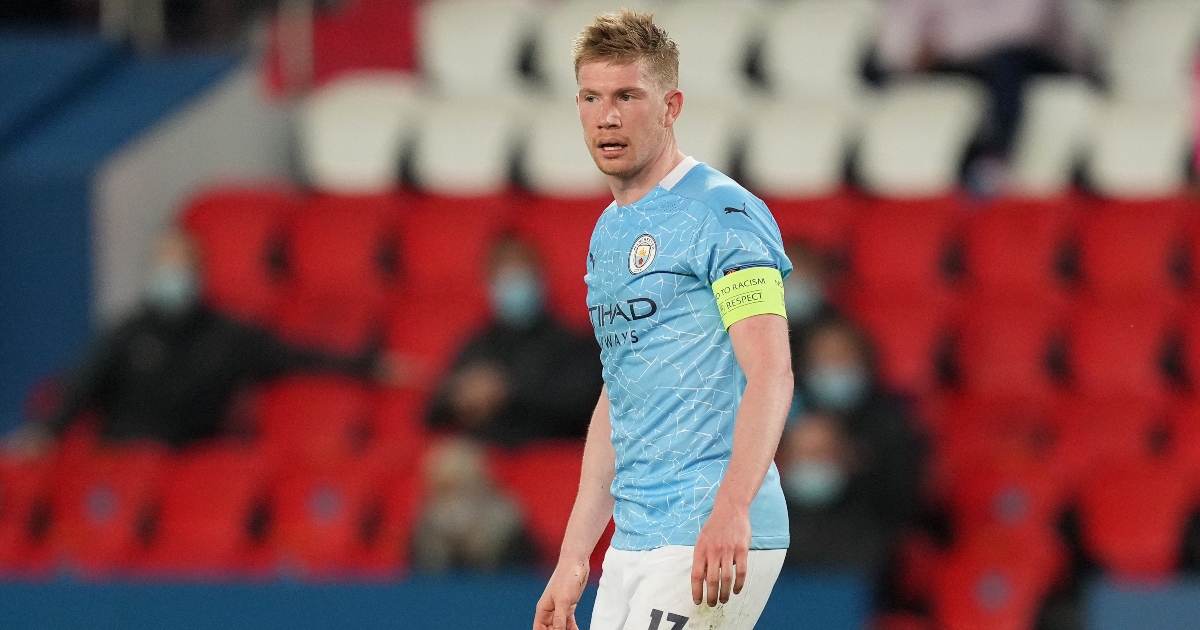 Hopefully Pep Guardiola will again under-think this Champions League clash with PSG and play exactly the same team for this second leg, featuring De Bruyne as a slippery and frustratingly false 9. And hopefully De Bruyne will again deliver more than the far-more-vaunted Kylian Mbappe and Neymar with his less flamboyant but rather more predictable brilliance. It certainly helps that City have had the luxury of resting him in the Premier League for a month while PSG plough on in the farmers’ league.

In order for De Bruyne to be even in the Ballon d’Or conversation – he was 14th two years ago – he needs to deliver on the biggest stages and it really does not get more enormous than the second leg of a Champions League semi-final against PSG. He’s 29 and it’s probably time. He does not want to end his career on this list.

Team to watch – PSG
This game is where narratives go to die. Will it be Manchester City or PSG that emerge as the game’s true under-achievers (though even the victor will have one more chance to throw it all away)? PSG have at least reached a Champions League final, though being drawn against RB Leipzig in the semi-final last season was a gift that even the most feckless could not spurn.

“We have a very difficult match against Manchester City, but we have to believe, no matter what the stats or our percentage chance of winning is. I think that every Parisian has to believe in us, I’ll be the first to do so. I’m going to fight and do everything in my power to get the victory,” said Neymar this week.

The bookies have them as long as 5/1 to qualify but that does seem absurd as a repeat of their astonishing 3-2 win in Munich will see them progress. Being the underdog suited them on that occasion and it could suit them again in Manchester. These are two extraordinarily well-matched teams and this tie is far from over.

Manager to watch – Mikel Arteta
Is it an exaggeration to say his whole fledgling managerial career rests on this one game? A lack of any kind of European football – they are five points off even a UEFA Conference League place – would represent a new low for a club that has seen a decade of largely lows. Should Arteta really survive a mid-table finish and no trophies? “Well, I don’t want to think that way,” said Arteta when asked if he fears the sack. “I want to think that we are going to be in that final and then we are going to have really positive consequences after that.”

Getting to that final means some difficult decisions must be made this week. He got it wrong against Villarreal last Thursday – playing Emile Smith Rowe as a false 9 was the biggest of several pretty sizeable errors, but he also erred with his midfield balance, leading a vulnerable centre-half partnership to be even further exposed. Missing David Luiz, Kieran Tierney and Alexandre Lacazette means that Arteta must come up with imaginative solutions. Or unimaginative ones if you take a glance towards the very expensive, big-earning captain who has somehow still scored 15 goals this season. Come up with those solutions and all the questions about whether he should remain in the job beyond the summer will go away. Earn your corn, fella.

Championship game to watch – Luton v Rotherham
Rotherham will be in pole position to survive ahead of Derby County if they win this game. The problem? They have played about 47 games in the last three weeks and failed to win a single one. Hands up if you’re not amused by the idea of Rotherham finishing above Wayne Rooney’s Derby. Keep your hands up if you’re not from Derby.