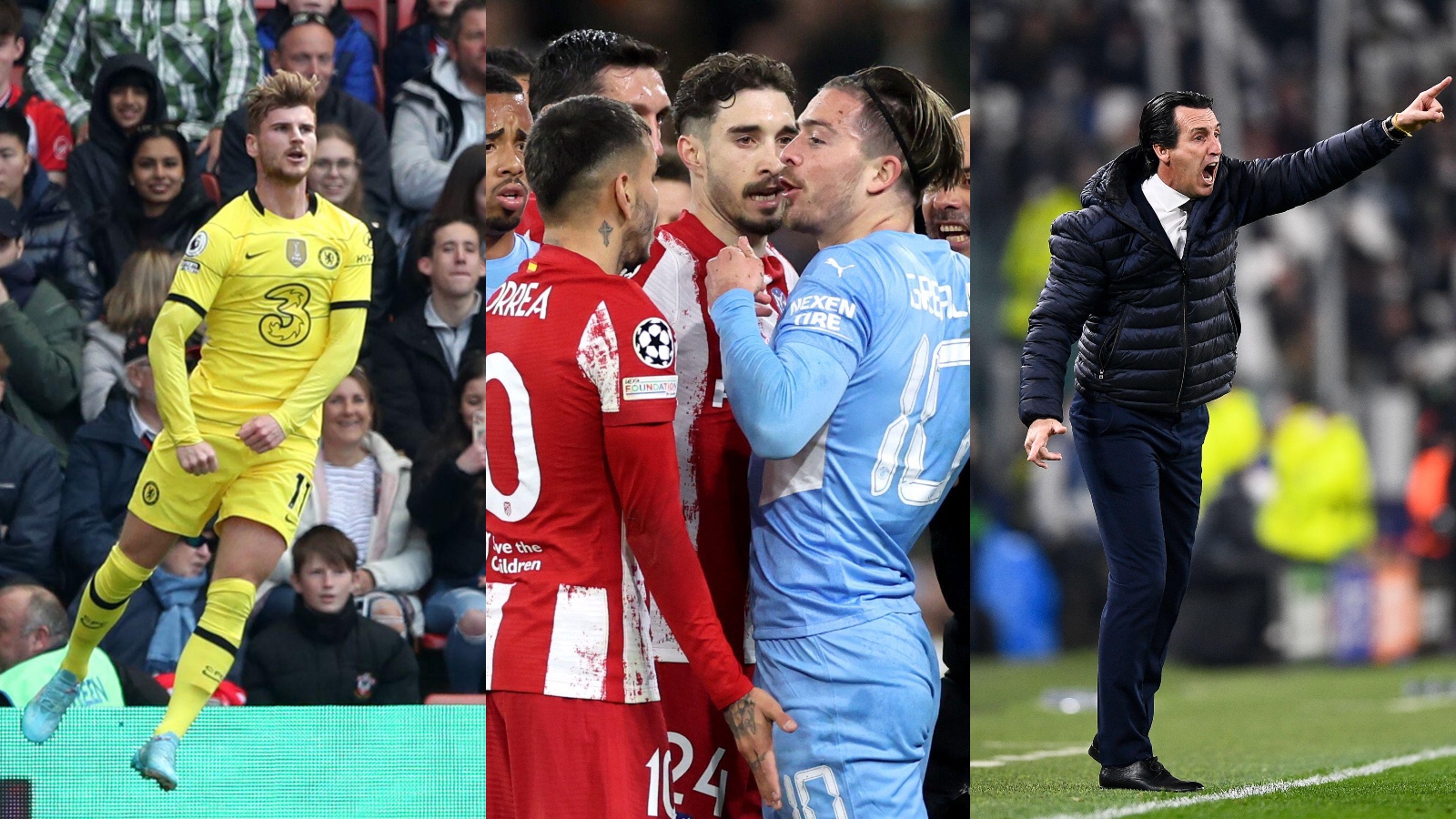 Can Werner ‘help himself’ in a Chelsea victory over Real Madrid? Will Vrsaljko and Grealish get it on? It’s another huge week of European football…

Game to watch: Atletico Madrid v Manchester City
What better way to separate two games against a fellow team ‘playing the right way’ than with the second leg against the anti-football elite. No shots, no corners, 29% possession; we quite enjoyed Atletico Madrid’s display at the Etihad. And the fact that City definitely didn’t enjoy it – certainly compared to the circle jerk with Liverpool on Sunday – will have given Diego Simeone cause to frustrate once again and hopefully, this time, dilapidate.

Because despite the stats suggesting Atletico Madrid had no hope in the first leg, they did break on City a few times, and Simeone does have players – like Joao Felix and Antoine Griezmann – capable of a moment of genius to turn the tie on its head. And here’s hoping Pep Guardiola starts Jack Grealish as we’re desperate to see Sime Vrsaljko and Stefan Savic make more kissy faces in his direction and play with his luscious locks.

Player to watch: Timo Werner
Thomas Tuchel said after Werner’s brace against Southampton on Saturday that the Chelsea striker needs to “help himself”. Those were just his second and third goals in the Premier League this season and Tuchel has little sympathy for the 26-year-old, who has failed to adapt to the Chelsea system and life in England’s top flight.

But he’s been played out of position for much of that time. The left wing in no way plays to Werner’s strengths of running on to through balls behind a defence. The longer the German international striker has to think about what to do, the worse he is; he’s not a football thinker like his international teammate Kai Havertz. But as Southampton found out to their cost, he is very quick and can finish if given enough chances. And he will get chances in a front two alongside Havertz.

Chelsea need a fast start against Real Madrid. As they showed in the two legs last season, Madrid don’t respond well to aggression in the final third. Toni Kroos, Casemiro and Luka Modric want a slow game and Chelsea can’t afford to let them have it. Pushing Werner on to their back line will allow Mason Mount the space to pull Madrid’s ageing midfielders into positions they don’t want to be in. And should Madrid monopolise possession at any point, Werner can remain high and offer consistent danger in behind. Tuesday is not a game for caution for Tuchel or Chelsea and offers the perfect opportunity for Werner to pay the fans back for their unwavering support through 18 months of very average football.

Team to watch: Liverpool
Jurgen Klopp and his Liverpool side will want an easy game on Wednesday. They must be pretty knackered after Sunday’s exploits; we certainly were watching it. And they’ve got to do it all again against Manchester City in the FA Cup semi-final on Saturday.

They may well stroll into the semi-finals. Despite being far from their best against Benfica last week, they head into the game at Anfield with a 3-1 advantage. Klopp will be tempted to ring the changes, knowing Liverpool’s second-best team would probably have enough against the Portuguese side. But with the lead, their clear superiority over their opponents, and – despite never being able to admit as much – their eyes on City, complacency could creep in, and no matter how special of a special night it is at Anfield, an early Benfica goal would dramatically change the atmosphere and put the willies up the Reds.

An early goal the other way would put the game to bed, followed by five half-time changes to wrap the stars in cotton wool. That’s probably the way to go.

Manager to watch: Unai Emery
Arnaut Danjuma described his manager as a “tactical mastermind” after the former Bournemouth winger scored the only goal of the game to give Villarreal the advantage over Bayern Munich ahead of the second leg on Tuesday. Emery, frequently derided in his time with Arsenal, says he is enjoying the comparative lack of “noise” with the La Liga side and is certainly making the most of it.

After the manager of the lesser European gong claimed his fourth Europa League title last season, Emery has already scalped one giant in Juventus in this term’s showcase competition and is halfway to knocking out another European great in Bayern. While it would be fair to say Bayern don’t need Julain Nagelsmann to win on Tuesday, a par performance from Robert Lewandowski would probably do the trick, Villarreal absolutely need another masterclass from Emery. Having failed to thrive in north London or Paris, Emery is not heralded as one of the game’s top managers, but given relative quiet, he’s undoubtedly one of the greatest tacticians of his generation.

Europa League game to watch: Lyon v West Ham
David Moyes faces the prospect of just half of his first-choice defence being available for their trip to Lyon. It’s already a tall enough order for the Hammers after they only managed a draw at the London Stadium in the first leg. Aaron Cresswell’s red card in that game, which was one of those that absolutely was a red card but didn’t stop it feeling incredibly unfair, means he’s suspended for Thursday’s clash, while Kurt Zouma may also miss out having limped off in the first half of their 2-0 defeat to Brentford.

Moyes admitted after the loss to the Bees on Sunday that his side had struggled with the quick turnaround from the Lyon draw and conceded that they played with an eye on the return leg. With a shallow squad Moyes would always need to prioritise and it’s unsurprising he’s opted to put his eggs in the Europa League basket with a top-four finish in the Premier League seeming unlikely.

It’s a big game for Declan Rice and Tomas Soucek, who have both played ludicrous amounts of football this season, and will need to get in the faces of Tanguy Ndombele and the much-vaunted Houssem Aouar, who will look to take the sting out of the game for the Ligue 1 side. But sting is what West Ham want and they will need to use the superior physicality of Rice, Soucek and Michail Antonio to put the frighteners on Lyon. A frantic game plays into West Ham’s hands.

EFL game to watch: Portsmouth v Rotherham
There are just two EFL games this midweek; both key in the League One automatic promotion stakes. Top of the table Wigan travel to Burton Albion as they look to extend their lead over second-placed Milton Keynes Dons, while Rotherham will go ahead of MK Dons on goal difference if they beat Portsmouth at Fratton Park. Tuesday could be a defining evening in England’s third flight.