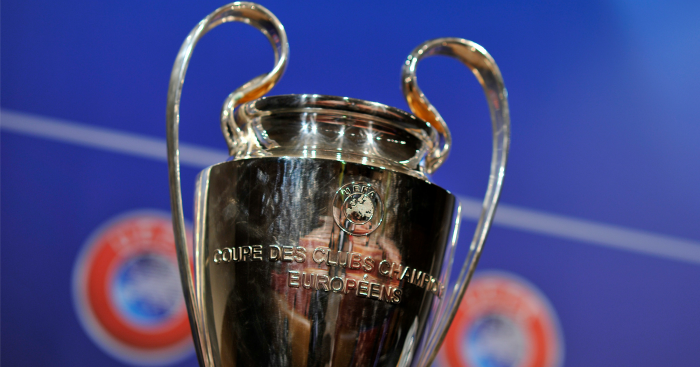 Let’s start with a quiz, for those who continue to e-mail asking where ours went: On which channel can you watch a selection of Champions League matches for free? And, for an extra point, what number is that channel?

If you answered ‘BT Showcase’ and ’59’ then congratulations, but I suspect you are in the minority. According to Inside Sport, just 200,000 viewers have watched matches involving English clubs on the broadcaster’s free-to-air channel.

When BT Sport won the rights to exclusive access for the Champions League and Europa League in November 2013, they branded it as “the real game-changer”. Their channels became the ‘natural home’ for football fans who wished to see the ‘continent’s leading club competitions’. BT Sport may not have changed the game, but they have certainly altered the importance of the competitions in the eyes of the general public.

It is BT Showcase that sits at the root of a growing unease on UEFA’s part. The free-to-air element of BT’s package was forced upon them, with UEFA’s marketing agency Team insisting that the entire competition was not placed behind a paywall.

BT’s response has been to offer a token effort. There has been almost no advertising of the channel, and it will show no ties involving English clubs in the last-16 stage of either the Champions League or Europa League. The channel does not even appear on BT Sport’s website guide. Rather than showcase their free-to-air coverage, as the channel’s name would suggest, BT hid it at the back of the cupboard behind the Bird’s custard powder and tins of sardines in tomato sauce.

Their stance is fully understandable, of course. If you want people to dig into their pockets and subscribe to your channels, giving away the good stuff for free isn’t a cracking strategy. It takes some effort to have more viewers for matches on a pay-view channel than a free-to-air one, but BT have managed it. Mission accomplished. The only ones to lose out, naturally, are the fans themselves. Is it just me or is that becoming a theme?

Low ratings may be sold as a BT Sport problem, but that fails to address the real issue: A decline in interest in continental football. It may have been at least partly a predictable reaction to bad news, but Sky Sports head Barney Francis revealed the decline in Champions League viewers in 2014/15.

When the Champions League left terrestrial television at the beginning of this season, we were cautiously optimistic that Football365 may see an increase in interest as a result: If you didn’t get to watch the game, you might read about it instead.

In fact, the opposite has occurred. Rather than seeking other mediums to absorb their Champions League football, the general population has simply begun to ignore its existence. I know friends that would consider themselves football obsessives who were unaware of the competition’s recommencement until Tuesday afternoon.

During the crucial last round of Champions League matches, BT Sport’s coverage of Wolfsburg vs Manchester United (Tuesday) and Olympiakos vs Arsenal (Wednesday) amassed 1.42m viewers in total. That’s almost identical to the number who watched Tottenham vs Newcastle on Sky Sports on that Sunday.

It’s hard to feel massive sympathy for UEFA, who simply accepted the highest bidder after blind auction, yet the decline of continental football in general is unpalatable to those who still place the European Cup on a higher plane. The rise of domestic leagues (and the super clubs within) now threatens to trample over and engulf all else.

Even more unpleasant is that this slump plays into the hands of the biggest clubs. Rather like a government starving the NHS until the point arrives where privatisation looks less inconceivable, the super-clubs can now cough pointedly in UEFA’s direction: ‘Well, looks like people don’t want to watch us against mid-ranking teams. Maybe we need a big change. A European Super League, for example. Just a thought. We’ll leave it with you.’

When the Football Association celebrated its 150th anniversary in 2013, it marked the birthday by hosting the Champions League final, described by then-Chairman David Bernstein as ‘one of the pinnacles of football’.

That reputation may not have slumped yet, but the tournament itself is in a funk in this country. In more ways than one, the Champions League is lacking in vision.