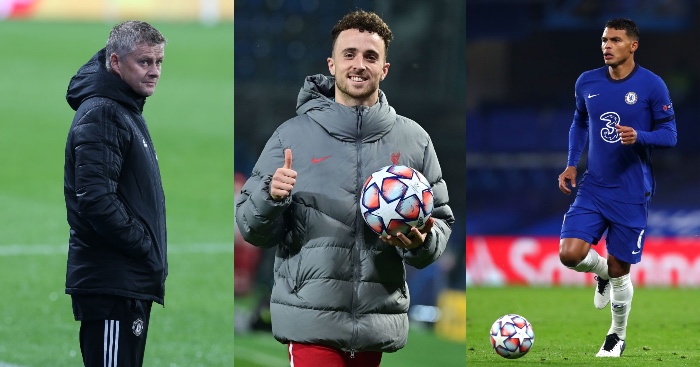 People often talk about cycles in football, whether it be tactical shifts from 4-4-2 and the low block to 4-3-3 and false nines, or the typical Jose Mourinho three-year spell at a club before it all goes kaput. It was a question asked of Jurgen Klopp and Liverpool ahead of this season: how long will their cycle of dominance last?

It was a holistic question really aimed at the Fab Three. How long can Sadio Mane, Mo Salah and Roberto Firmino be so consistently brilliant? It was a daft question. Barring injuries – to which they appear basically immune – there’s no reason why they couldn’t be Liverpool’s arrowhead for the next three seasons at least.

No, the question – although the non-Liverpool supporters among us were fearful to contemplate the answer – really should have been: can they be even better? For f***’s sake, yes they can.

Those slightly perplexed by the £40million spent on a player not starting for Wolves are now left with that familiar sense of begrudging acknowledgement. Liverpool did it again: Diogo Jota is a potential superstar.

Ready to field the inevitable questions as to whether Roberto Firmino could be left out in the cold after Jota’s stunning hat-trick against Atalanta, Klopp responded: “It is important we have more than 11 and tonight Diogo played a super game and that says nothing about Bobby and nothing to do with causing me headaches.”

He’s right, of course. Particularly in a season like this, the Fab Three were always going to need suitable back-up and Klopp’s reasoning for starting Jota in Bergamo suggested a horses for courses approach that he has already expertly negotiated with his midfield.

But he must privately know his favoured front trio. And although he – like us – loves Firmino, recognising his input in building this Liverpool team into what they are and his continuing worth, his form has dipped significantly. He’s not scoring goals and – more significantly – not creating them either.

Imagine if you will a world in which all three of your forwards are banging in goals left, right and centre. And now open your eyes for it’s a beautiful, horrifying reality.

It was a comfortable, if not vintage performance from City; there are signs that they are slipping into gear after an indifferent start to the season. Ferran Torres scored his third in three Champions League games, combining wonderfully with Kevin De Bruyne. And crucially – with Liverpool up next on Sunday – Gabriel Jesus came off the bench to score a cracker.

Three wins, nine goals scored, one conceded. Job done for Pep Guardiola, who granted his players a much needed day off in the sunny climes of Manchester.

I spent most of Real Madrid’s win over Inter Milan marvelling at how far they had fallen. This was a shadow of the team that won three Champions League trophies on the bounce, in personnel to an extent – five of the players that started the 2018 win over Liverpool started on Tuesday – but more so in the absence of desire, quality and fear factor the white shirts usually imbue in opposition teams.

A game at the Bernabeu, even against a decent side like Antonio Conte’s Inter Milan, would – two seasons ago – have seen the opponents worn down, if not through the football Real played, then through the magnitude of the occasion. The weight of Madrid’s European history and recent dominance would drive them through games, often without them playing all that well. Games would end leaving us wondering exactly how they had won, with the answer simply being ‘it’s Real Madrid, it’s Cristiano Ronaldo, it’s what they do’.

Ronaldo has gone and so has that Real Madrid. Winning 2-1 with Inter in the ascendance, it was Zinedine Zidane’s bravery that turned the game on its head, not some ethereal superiority.

That wonderful night in Madrid must seem like a long time ago for Shakhtar Donetsk. The leaders of Group B heading into the game – who tore Zidane’s side apart at the Bernabeu before defending admirably to earn a draw at home to Inter – were dismantled by Borussia Monchengladbach and Alassane Plea in particular.

The Frenchman’s hat-trick means he’s been involved in seven of his side’s ten Champions League goals this season, with four assists to his name too.

Triumph over Shakhtar in the return fixture next time out and the Bundesliga side will need just a draw from one of their two remaining fixtures to secure qualification, leaving the group’s two European heavyweights to scrap it out to avoid Thursday night football.

A name that would – in simpler, less life-f***ing times – have been playfully associated with an exclamation of bewilderment at a chum’s choice of bottled beer over the wide array of locally brewed English ale on tap is now instead intrinsically linked to a global pandemic.

It’s certainly not a name you’ll forget in a hurry; nor should you. The Mexican laid on two assists against Marseille and was fouled for the penalty in a 3-0 win for Porto. The second assist – a jinking run into the heart of Marseille’s defence and a tidy back-heel for Luis Diaz – was particularly special.

Rio Ferdinand suggested that of the raft of Chelsea players signed in the summer, Hakim Ziyech could be the the man to “make the difference” for Frank Lampard.

The influence of Ziyech – impressive though he’s been – pales in comparison to that of Thiago Silva. He’s put a chastity belt on Chelsea’s spreadeagled legs.

He was taken off with the job done in the 70th minute on Wednesday. In the two minutes before, he first played a wonderful defence-splitting, raking cross field ball for Reece James to create a chance, before expertly cutting out a dangerous cross at his own front post and lambasting Ben Chilwell for not cutting out the cross in the first place.

With Virgil van Dijk out injured, is there a better centre-back playing in the Premier League?

Erling Haaland now has as many Champions League goals as Brazilian duo Adriano and Ronaldo, who took 27 and 34 games respectively to reach 14 goals. It’s taken Haaland 11.

He also dealt pretty well with quite possibly the weirdest post-match interview of all time, from a journalist we can only surmise was rubbing his thighs with a leering grin on his face at the time…

Four goals in three Champions League games. Juventus is the only place for him.

The orange monitor passed out the slices at half-time, the players – cross-legged on the floor – picked the mud from their knees, and the manager looked around at the parents, wondering which of them would run the line in the second half. That’s what happened when I played for the Badgers U9s, which sprang to mind having watching the first 45 minutes of Manchester United’s 2-1 defeat to Istanbul Basaksehir.

They were comically bad. They either don’t know what to do or can’t be arsed to do it. It’s almost certainly a combination of both. It’s a situation that baffles us spectators but one that almost all ex-players admit to being part of – or at least privy to – at one time or another. ‘They’ve stopped running for the manager’ who’s ‘lost the dressing room’.

Whether it’s the manager’s tactics, or the players not following those tactics, it really doesn’t matter. Both reflect terribly on Ole Gunnar Solskjaer.

Lose to Everton on Saturday and the experiment is well and truly over. Giving United a nice two-week international break to clear away the Pritt Sticks and Magic Markers, install gas taps, buy conical flasks and hire the professor they should have gone for in the first place: Mauricio Pochettino.

PSG have been shown six red cards this season in three games. The infamous three to Marseille’s two in the second game of the season was followed by another next time out against Metz, before a further two in the 2-1 defeat to RB Leipzig on Wednesday. Idrissa Gueye’s sending-off was harsh, but Presnel Kimpembe’s was moronic, diving in to cynically trip Yussef Poulsen with about 30 seconds to play.

With all three of Neymar, Kylian Mbappe and Mauro Icardi out, PSG rarely threatened and dived their way through the second half to confirm the return of that sour taste in the mouth that had sweetened through their energetic, entertaining displays in last year’s competition.

I know, right. Snore. But hear me out. The issue is the luck now involved in handballs being given.

Fortune is undeniably a huge part of football: a deflected shot; a defender slip; injuries. But while the powers-that-be do everything possible to limit luck in all other aspects of the game – forensically analysing fouls and toenail offside decisions to remove referee serendipity – they are adding a new layer through the handball law and the interpretation of it.

The award of Chelsea’s second penalty was pure fluke. Tammy Abraham’s shot was well blocked by Rennes’ Chagas Estevao, with his foot. Yes, it deflected up on to his arm, and yes it could be deemed to be in an ‘unnatural position’ (shudders of disgust are welcome at the mention of the phrase), but as Glenn Hoddle said on commentary: “Everyone who’s played, managed or watched football knows that’s not a penalty.”

If Estavao had his arm outstretched and the ball struck it directly, then fine. That’s stupidity. But not like that, he shouldn’t be punished for doing everything right.

The referee was resigned to give the penalty and had the look of a man who had just hoovered up the centre-back’s hamster as he showed him the second yellow card. Estavao trudged from the pitch with the look of a boy wondering why the nozzle was ever inside Nibbles’ cage.

2-0 up, then 2-1 up but with a man extra as Jesus Navas was sent off, Krasnodar ended up losing to Sevilla, currently 15th in La Liga.

Youssef En-Nesyri can perhaps count himself unfortunate not to be a winner this week, having come off the bench to turn a deficit into victory, but it was a result of the Russian side’s doing. Brazilian defender Kaio quite literally passed the ball to En-Nesyri on the edge of the 18-yard box for his first, before the whole team forgot how important the ball is from an Ivan Rakitic free-kick for his second.

Joint top on seven points, both Sevilla and Chelsea can secure their progression with wins next time out.

Yuri Zhirkov, Artem Dzyuba, Aleksandr Yerokhin, with a combined age of 100, combined beautifully to give Zenit the lead, with Dzuyba and Yerokhin chesting and heading the ball back and forth to each other in the penalty area before finding the net.

But former Man City forward Felipe Caicedo, who scored a 98th-minute winner in Serie A last weekend, secured an away point for Lazio, keeping them very much in the hunt for qualification and leaving Zenit with a solitary point at the foot of Group F.

Three games, one goal, no points.