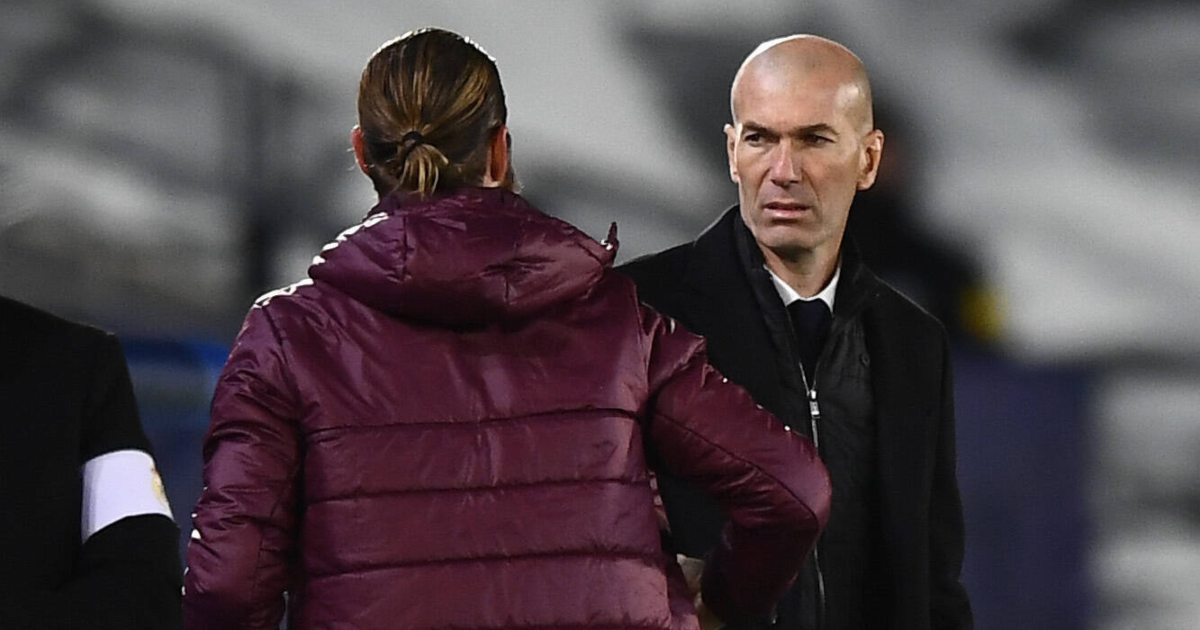 Real Madrid have been quite a silly team for a little while, and the return of Zinedine Zidane as manager in 2019 was all part of that silliness.

Now, though, there is at last a sense of some order being restored. Real Madrid are starting to look like a serious football club once again. There is slightly less circus and a little more football.

The efficiency with which Agnelli-bothering Champions League upstart irritants Atalanta were swatted away was a welcome return to normality for a team dumped out by Manchester City and Ajax in the last 16 in the last two years. For a team that had won the three previous titles, it wasn’t really acceptable.

And this year’s group stage didn’t exactly scream a return to all-conquering form either, Real Madrid scrambling to top a wild group in which all four teams contrived to lose two games.

This last-16 tie has been much more like it for Madrid, albeit helped along by Atalanta taking frequent and inexplicable aim at their own feet.

The erratic La Liga form that saw Madrid lose three games in six around the time they were shambling about in the Champions League group stage has also stabilised, with just one defeat since November and a growing sense that Zidane is once again starting to mould a group of individuals into something approaching a team.

The turnaround has been fuelled by the old-stagers. Karim Benzema has nine goals in 12 games since January and Luka Modric is once again patrolling and controlling the midfield, doing so particularly impressively here alongside Toni Kroos in the absence of Casemiro. Just to add to the fun, Sergio Ramos now has more Champions League goals than original Ronaldo, David Villa and indeed Zinedine Zidane.

Modric was singled out for particular praise by Zidane having successfully snuffed out Atalanta’s usual high-energy game at the impossibly ancient age of 35 years old.

“We all know the player Modric is, he may be 35 but he sure doesn’t look it out on the pitch,” Zidane said after the game.

What Modric is, above all else, is calm. That’s what Madrid have restored that had been lost in this competition over the last couple of years and in general before Christmas. That calmness, that serenity.

Things appeared far too panicked and slapdash for a club of Madrid’s standing. Panic would not be too strong a word, even in the matches where it all turned out fine in the end.

Atalanta’s goalscorer Luis Muriel saw it first hand. “They managed to come out of our pressure very easily. It’s something that leaves a big impression on you, their calmness on the ball even though they were playing a tie which would have caused them many problems had they lost.”