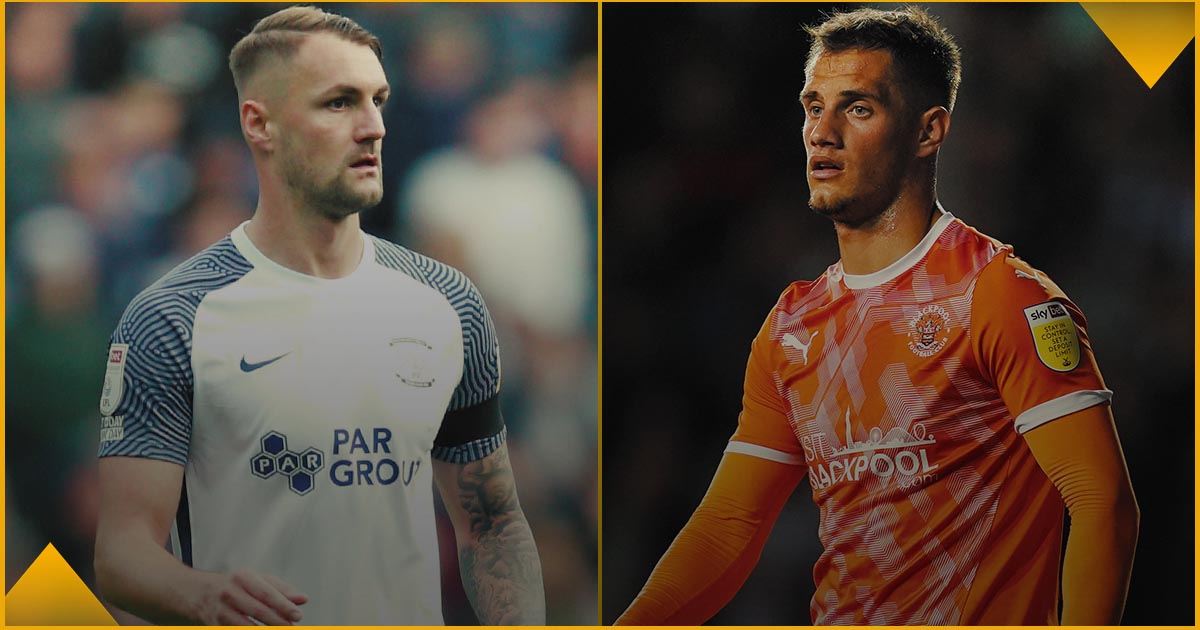 After a busy round of midweek fixtures the Championship shows no signs of slowing down as we head into gameweek 14. Benjamin Bloom has all you need to know, with odds from Betfair throughout.

MATCH TO WATCH: Blackpool v Preston
What is old is new and what is new is old, says the theory around fashion trends, and we have a very old and new local derby back in the Championship this season. There is huge historical prestige and significance around old north-west powerhouses Preston and Blackpool, with Tom Finney and Stanley Matthews giant representatives of the clubs. Recently the two clubs have been ships passing in the night and haven’t played each other since a League Cup clash in 2013, and haven’t met in the Championship since a 0-0 draw back in February 2010.

In 2021 Blackpool v Preston is once again a second-tier fixture, with Blackpool currently in 12th place, six spots above Preston after both sides recorded victories this midweek. Preston came back with a strong second-half performance to topple high-flying Coventry 2-1, second-half goals from Emil Riis and Patrick Bauer giving North End their first League win in eight. In a classic case of ‘hold my beer’ Blackpool took Preston’s comeback win and raised it with a stirring 3-2 win away at Reading. The Royals were two up within the first quarter of the game but, with just over 20 minutes left, goals from Owen Dale and then two from Jerry Yates scored a brilliant three points for the Tangerines.

People will always make comparisons between the Championship and the Premier League, and one thing the Championship certainly has more of than its handsome big brother is variety. Three teams exit and three teams arrive every season meaning we get a plethora of new fixtures every year and the possibility of many different local derbies. It’s been over ten years since the last one; bring on the west Lancashire derby.

TEAM TO WATCH: Nottingham Forest
There are certain theories I believe to be myths that perpetuate football analysis and fandom. I’ve sounded off about the fact that I don’t believe ‘the play-offs are a lottery’, and the ‘manager of the month curse’ is most definitely nervous football fans setting themselves up for their team regressing to the mean. Another one that goes in my basket of myths is ‘the new manager bounce’, although I will admit on this one there is some validity and it’s probably the wording rather than the context that needs changing.

If you believe in ‘the new manager bounce’ Nottingham Forest are most definitely the latest beneficiaries, with Steve Cooper recording a fourth straight victory in dramatic fashion at Bristol City on Tuesday night. Whilst it’s undeniable that results have improved there are often many more factors surrounding the psychology, confidence and circumstances of a clearly underperforming club than merely the manager.

Whether the ‘new manager bounce’ is the right term or not, Forest are in absolutely brilliant form. Even before the new manager walked in the door they won Steven Reid’s game as caretaker manager, and adding the games under Cooper gives them five wins and a draw in six games. At the weekend everyone will get the chance to analyse the true extent of Forest’s good form with a visit to the City Ground from Fulham. We’ve eagerly praised the quality of Fulham’s attackers, but the Forest trio of Brennan Johnson, Phillip Zinckernagel and Lewis Grabban are in equally fine form currently. A Forest win, and it’ll be hard for their fans not to get carried away with this super Steve Cooper start.

MANAGER TO WATCH: Gary Rowett (Millwall)
Everybody loves a good meme, and their rise in popularity over the last decade makes them a great outlet for humour in the social media age. Basically, stick some words on a picture, and providing your observation is witty and cutting, virality is a distinct possibility once the meme sets sail in the world of the internet. Football humour is probably even more hit and miss than general internet banter, but I must admit I did chuckle at ‘Gary Drawett’. The meme is an ode to Gary Rowett using the movie Jaws as its inspiration and gently mocking the Millwall boss and his ability to draw a football match.

The classic style over substance always comes up with managers like Rowett. He’s finished 8th and 11th with a Millwall side who are probably not in that area of the hierarchy when it comes to resources, and are probably punching their weight in that regard. The problem is that Millwall fans are a passionate bunch who are ok with their team taking the odd knock out, so long as there’s a bit of fight, and plenty of punches thrown. Back to substance though, and Millwall are currently in 11th spot after a run of three wins in four games, with Rowett’s former club Stoke coming to the Den this weekend. If Millwall beat Stoke they will draw level on points with a side many think of as a genuine play-off contender this season. Were that perception of Stoke to come to pass and Millwall match them across the season then maybe some more fawning memes will be made than ‘Gary Drawett’.

PLAYER TO WATCH: Tom Cairney (Fulham)
The Championship is a fast-moving place, and with 24 clubs all feeding their own stories into the larger evolving narrative, sometimes things creep up on me and take me by surprise. This happened on Wednesday, I was covering the Swansea v West Brom game but the goals from the other Championship games flash up on the other screen in my office, and I try with great valour to keep up with everything.

A goal had gone in at Fulham, that was no surprise, Fulham are top scorers in the division and also top scorers at home. The goal scorer however completely caught me off guard – who is this player arriving in the box and beautifully arrowing in a first time left footed half-volley into the top corner? Despite all the chaos of a Championship Wednesday night, and the new high vantage point for the TV cameras at Craven Cottage, any Championship fan would be able to recognise the returning goalscorer in seconds.

The player in question was Tom Cairney, Fulham captain, and another player with impeccable recent Championship calibre. Cariney hit double figures for goals and assists in 2016/17 and then scored the winning goal in the play-off final to send Fulham to the Premier League in 2017/18. He and Fulham were back in 2019/20 and promoted once again with Cairney starting 38 out of 46 Championship games. I probably don’t need to tell you much about Cairney the player, an excellent all round midfielder who can sit, make the play, and has scored over 40 Championship goals, many in the style of Wednesday night’s effort. Welcome back Tom Cairney, another big name in a Fulham squad not exactly short of quality.