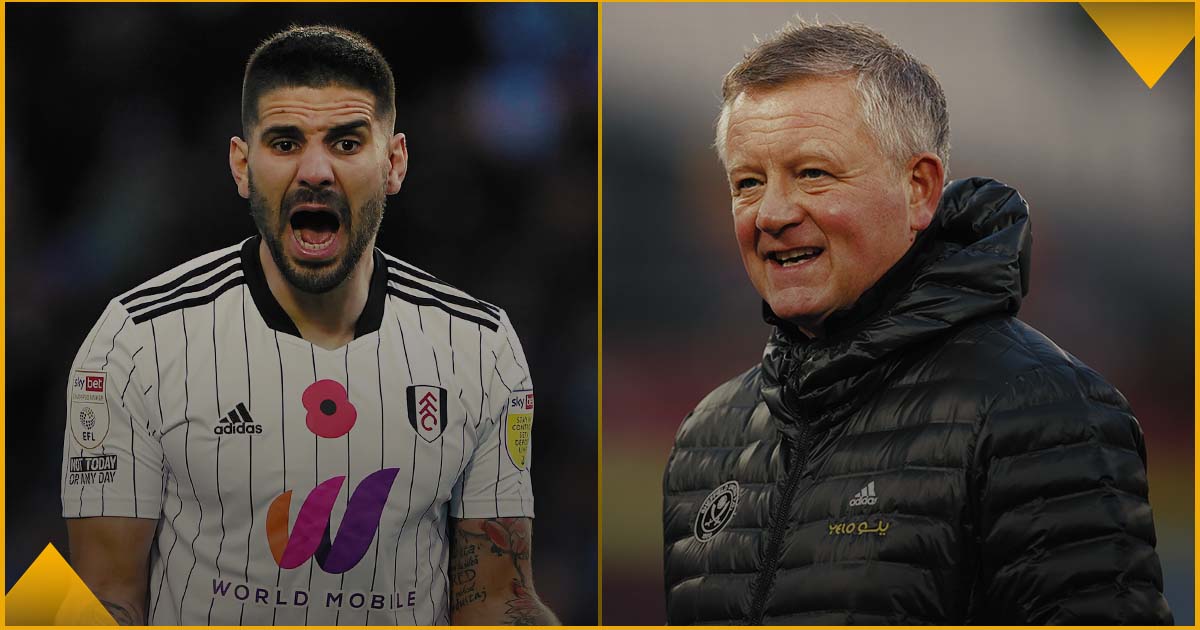 We’re jumping back into the Championship this weekend and Benjamin Bloom is here to talk you through all you need to know, with odds from Betfair throughout.

MATCH TO WATCH: Fulham v Barnsley
I wanted to talk about the new Barnsley manager Poya Asbaghi in this column and it looks like the ‘Match To Watch’ segment might well be the best place. You see, I can’t make Asbaghi my ‘Manager To Watch’ because despite being announced as manager on Wednesday, Asbaghi doesn’t start with the Barnsley players until Monday morning. It doesn’t take much of a cynical leap to suggest that the new Barnsley boss has almost been spared a trip to Fulham on the basis of the Cottagers’ ability to score goals like they’re going out of fashion this. Of course, that is pure speculation, and Joseph Laumann will take his final game as caretaker manager down in west London.

The hire is very on-brand and in keeping with Barnsley’s recent approach when choosing a manager. In recent years we’ve had exotic names such as Jose Morais, Daniel Stendel, Gerhard Struber, Valerien Ismael and Markus Schopp all patrolling the Oakwell dugout. The batting average is pretty decent with the appointments, with the obvious exception of this season’s short and unsuccessful Schopp stint. The newest name on the roll of honour is Asbaghi, born in Iran, but a resident of Sweden from the age of one and making his name in the country with Dalkurd FF, Gefle IF, IFK Göteborg and the national U21 side.

Asbaghi is only 36 but seems to have a fair amount of experience, albeit none in English football. It’s another brave appointment from Barnsley. We’ll find out in the fullness of time whether it’s a successful one. I’m sure Asbaghi will be at Fulham on Saturday, but we’ll have to wait until after what could be a hair-raising trip to London to actually see him at work and find out more about Barnsley’s newest left-field managerial hire.

TEAM TO WATCH: Derby County
It’s finally over. The EFL and Derby County’s recent battles over the Rams’ financial issues were put to bed this week with Derby deducted nine points for breaching the profit and sustainability rules. As a Championship writer and pundit, I can honestly tell you that I’m sick to death of this story, and although it’s a pretty undesirable conclusion for Derby’s fans, I’m glad it’s over. Dealing with this story has not been fun. I fell in love with football watching Gazza and Sir Bobby in Italia ’90 and didn’t suspect that down the road it would all become about money, governance, rules, regulations, appeals, tribunals and other such mundanity. Like the EFL and Derby fans I’d like to pack this one away and move on with the football and away from the horribly toxic debate that surrounds it.

So what happens next? Derby were deducted 12 points when they went into administration and now this P&S deduction of 9 points brings the total to minus 21 points from whatever total the Rams go on to achieve this season. I probably don’t need to give you too much maths in terms of Derby’s survival chances, but they’re slim to non-existent, and if a takeover has not happened prior to the January transfer window opening, the administrators may well sell what assets are left to keep the money coming in. The sense of siege mentality from the fans has been positive and attendances are good, but with five points in the past seven games the on-pitch output is that of a team heading for the bottom three even before we factor in any deductions.

Derby’s first game after the administration was announced was the peak of the siege mentality as the Rams beat upwardly mobile Stoke City. Their opponents at Pride Park on Sunday are leaders Bournemouth, where new levels of stoicism and mental fortitude will be required. It’s going to be a long 29-game run to the end of this season. Derby will be back in some way shape or form, and I hope for their sake the next chapter can begin differently to how this one has ended.

MANAGER TO WATCH: Chris Wilder
Chris Wilder is back in the Championship at Middlesbrough and makes his return at home to Millwall this weekend. Wilder was a star in his last visit to the division, bringing Sheffield United up from League One, stabilising and then masterminding a brilliant and surprising second-placed finish in 2018/19. Those who didn’t know mischaracterised Wilder as a humble ex-player whose team slogged their way to promotion, and while that is true it misses out the brilliantly tactically innovative way Sheffield United played.

This is what makes Wilder’s return so fascinating. Firstly, will the ex-Blades boss be damaged by relegation from the Premier League and the abrupt ending of a fantastically successful period at his boyhood club? Wilder comes across as a tough and strong character. His record prior to Premier League relegation was phenomenal. But you never quite know how somebody will or won’t bounce back from such adversity. And then there’s the tactical side, with Wilder so closely linked to the swashbuckling 3-5-2 formation with the wing-backs and centre-backs overloading either side of the penalty box. On his arrival I saw plenty of understandably excited Boro fans choosing which of their centre backs would be the new Jack O’Connell or Chris Basham marauding forward and causing havoc high up the pitch.

What we end up getting is anyone’s guess. If we go back and repeat the past then Boro will undoubtedly surge up the table and Championship managers will have to plan for covering those wide overloads that Wilder became known for implementing. Football, and life for that matter, is never quite as simple as looking at the past and assuming the same things will happen all over again, although plenty of Boro fans will be hoping for exactly that.

PLAYER TO WATCH: Andy Carroll (Reading)
In the glorious days of watching Football Italia on Channel 4 in the ’90s, many English football fans happened upon the unfortunate tale of Gianluigi Lentini. Lentini was a world-record £13m signing for AC Milan in 1992, joining the San Siro dynasty under boss Fabio Capello. But sadly Lentini’s involvement in a car accident in 1993 sent a soaring career in the opposite direction. Lentini was never the same player on his return, and the world’s most expensive footballer left Milan before his career faded away.

Hopefully you’ve already twigged what on earth this has to do with Andy Carroll, whose career has taken a similar path to Lentini’s. Carroll came through at Newcastle and was thought to be the heir apparent to powerful Geordie goal machines Malcolm Macdonald and Alan Shearer. Like Lentini, Carroll got the record-breaking move, signing for Liverpool for £35m in 2011, but once again that was about as good as it was going to get. Unlike Lentini it wasn’t one single traumatic injury that floored Carroll, but after failing to make the grade at Liverpool, Carroll was troubled by physical issues year after year at West Ham, and returned to Newcastle as a story of unfulfilled potential.

Roll on to 2021 and Andy Carroll has this week joined Reading. He’ll be 33 in January and certainly has more games behind him than ahead. Last time Carroll was in the Championship he was just 20 years old and scored 17 goals as Newcastle won the title under Chris Hughton. There have been many false dawns and disappointments along the road, but there’s always that chance that if Reading can get Carroll on the pitch, maybe his final chapter can distract somewhat from the Big Transfer Gone Bad narrative that currently defines his career.