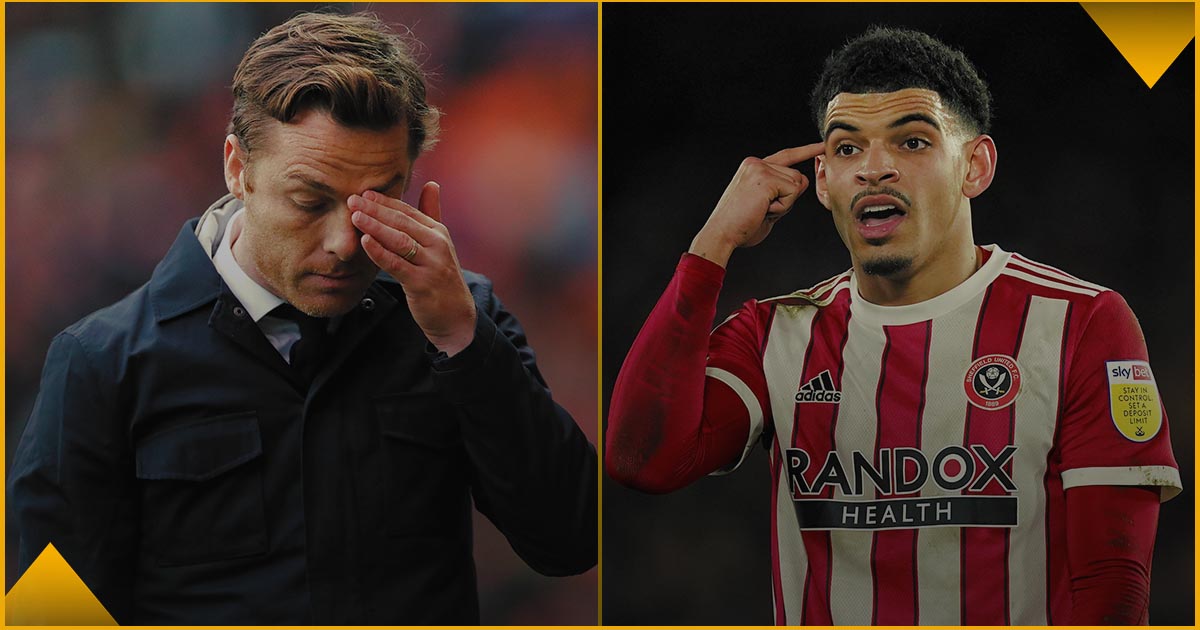 With some big games coming up this weekend in the Championship, Benjamin Bloom is here to talk through all you need to know, with odds from Betfair throughout.

MATCH TO WATCH – Luton v QPR
The fixture list has been brilliantly kind to us over the last few rounds in the Championship. The slim number of points separating fourth from tenth increases the chance of crucial head-to-heads and that’s exactly what’s been happening. Going into last weekend’s games we had Luton in sixth visiting Middlesbrough in eighth and Sheffield United in seventh hosting Nottingham Forest in ninth. Midweek then saw Sheffield United in seventh take on Boro in sixth.

It’s the same again this weekend with sixth versus seventh at Kenilworth Road, where Luton take on QPR. Only it might not be sixth versus seventh by the time we get there as the game is selected for TV and has been moved back to Sunday lunchtime. The good news for both Luton and QPR is that the fixture list has put the two teams below them together as well with the now eighth-placed Middlesbrough taking on ninth-placed Millwall. All of that means Boro can overtake both teams with a win, whereas Millwall can only pass QPR – and that would take a swing in the goal difference of six alongside a Lions win and Rangers defeat.

That feels like a very big preamble to the actual game, but the circumstances really make this one vital for both teams. QPR’s form has been poor lately and they’ve dropped out of the top six after earning just five points in their last seven games. Luton are on an excellent run going all the way back to December, with a stonking 32 points in their last 15 games. The form and home advantage certainly suggest a Luton victory, but QPR have the excellent Ilias Chair and Chris Willock – and it’s the Championship.

TEAM TO WATCH – Millwall
Among the most enthusiastic fans I’ve been in contact with lately are those who follow Millwall. They can be a savagely honest bunch at times but that is often the best policy. The Millwall faithful are split on Gary Rowett in general but the recent winning streak has had them far more convinced over his pragmatic tactical preferences. At close of play over the weekend Millwall were leading the division in most of the short-term form metrics. Only three teams have more points since the start of February.

This week was always going to be a tricky one with consecutive away games. The first was won at Reading to confirm that fifth straight victory, before a point in midweek at Blackburn. The winning run may have ended but the fact that Blackburn are fourth in the league table and very good at home, yet Millwall kept a fourth clean sheet in five, does add fuel to the ‘point gained’ aspect of the trip.

Middlesbrough will bring their play-off push down to the Den next. The bad news for Millwall is that Boro are a good side and in Isaiah Jones they have a lethal right-sided presence. The good news is Boro are not very good away from home and have only one point in five on the road, in the process losing to bottom-six dwellers Barnsley and Bristol City.

It wouldn’t be balanced just to include the recent winning streak, but going back a few games further shows things still look good for Millwall with a 20-point haul over the last nine matches. If they were to score 20 points in their next nine matches they’ll be at 73 with two games left. In most normal seasons you’d think play-offs would be a certainty from that position, but in this campaign most projections point to one or more teams missing out on the top six with a healthy total. Rowett and Millwall will no doubt stick to their clean sheets and consistency mantra and who knows which sides will be above that line in between sixth and seventh at quarter to three on May 7?

MANAGER TO WATCH – Scott Parker
Let’s be honest, we were always going to end up here. It just seems fated with Scott Parker. By here, I mean in the midst of a promotion push but with observers questioning the manager’s methods. There just seems to be something about either Parker or his brand of football that fans are suspicious of. And when I say fans, I’m referring to those of the teams he manages.

Parker was in charge at Fulham for two complete seasons and supporters were never totally convinced. The pro-Parker position will say in very absolute terms that he got Fulham promoted; that was the gig and he did it. The argument in his defence in terms of the Premier League relegation the next season would probably be along the lines of the Covid impact and the idea that it’s hard for promoted teams to compete.

The argument against Parker from Fulham fans is that the promotion was perhaps a bit unconvincing. Fulham had a stacked squad including a potential front three of promotion specialists Aleksandar Mitrovic, Anthony Knockaert and Ivan Cavaleiro that never quite knitted together. The football was considered overly formulaic and promotion came in extra-time in the play-off final with Brentford freezing on the big stage. In the Premier League, only goal difference was keeping Fulham in the bottom three with ten to play, but an abject two points from those matches saw them go down comfortably.

We’re now in the same boat with Bournemouth. The Cherries are in a great position and realistically with their games in hand, only a really strong finish from someone further back coupled with a bad tailing off from Bournemouth would stop them finishing in the top two. It’s Derby at home this weekend; they don’t have a good away record, but then again neither did Peterborough and the Posh drew at the Vitality in midweek. The Parker inquest continues, with a growing number of onlookers waiting to say ‘I told you so’ if Bournemouth don’t go up.

PLAYER TO WATCH – Morgan Gibbs-White (Sheffield United)
I was at Bramall Lane on Tuesday night to see Sheffield United demolish Middlesbrough 4-1. There were so many narratives going into the game, with the conversation surrounding Chris Wilder’s return in the away dugout in a game featuring two very viable play-off promotion challengers.

Leaving the ground, the narrative had flipped: everyone was focused on a great night for Sheffield United and a man-of-the-match performance from Morgan Gibbs-White, who registered goal number eight and assist number seven of the season.

It wasn’t just the statistical output that impressed me, though, but the nature of the goal and the display as a whole. Gibbs-White struck to make the game totally safe in the 79th minute with a beautiful volleyed backheel into the far corner. Few Championship players would’ve considered such a finish, let alone executed it. There were times in the match you looked at Gibbs-White and thought Middlesbrough just couldn’t deal with him – the Boro fans can probably empathise with opposition fans saying the same about their wing-back Jones.

We’ve seen dominant players in the Championship in recent seasons like Emi Buendia at Norwich, Matheus Pereira at West Brom, Jack Grealish at Aston Villa and Leeds’ Pablo Hernandez. Perhaps Hernandez was one year outside of his prime when Leeds went up, but the other three certainly propelled their sides to promotion. We’ll likely be adding Gibbs-White to that list if he plays like he did against Boro for the rest of the season.