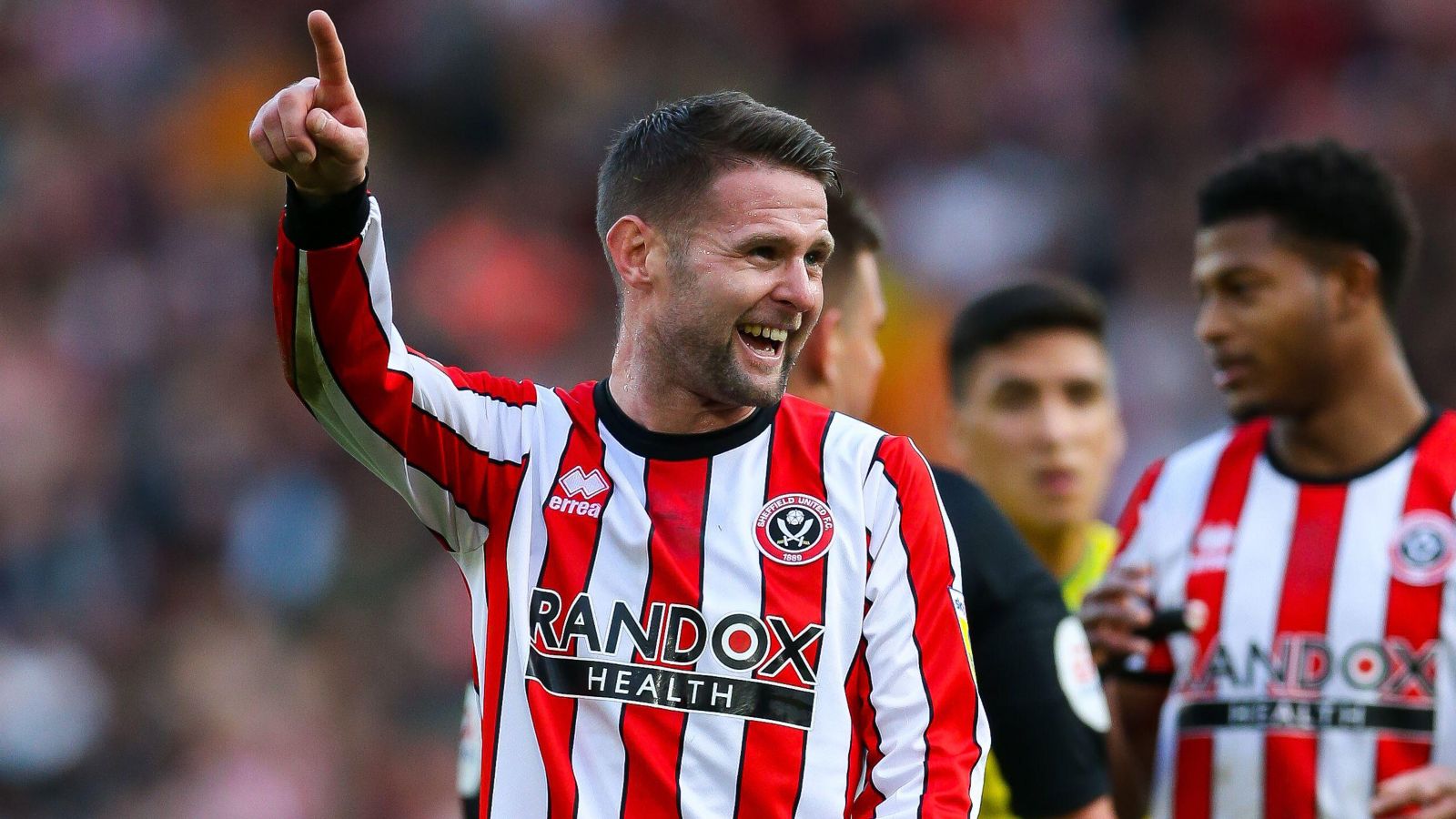 The World Cup break marks a unique point for the half-season after 21 rounds of Championship fixtures. With that, it’s awards season, everybody!

Burnley’s Vincent Kompany and Sheffield United’s Ollie Norwood scoop up the main accolades, but they are not the only early-season winners…

Manager of the Season – Vincent Kompany
The Manchester City legend’s appointment in the summer was met with a mixed reception as he did not set the world alight during his managerial education at Anderlecht.

Also taking a job in the Championship as your first in England is a brave call. He could have easily plodded away in City’s academy for a few years and no-one would have batted an eyelid.

So Kompany deserved credit right away for taking a job that could have gone oh so wrong.

A big job was on his hands at Burnley after most of last season’s best players left in the summer. He has also looked to overhaul their playing style after they were moulded in Sean Dyche’s dogged image.

But after 21 Championship games in 2022/23, this appointment is working a treat for everyone involved.

The Clarets are three points clear at the top of the table and Kompany has been a breath of fresh air with his presence in the Championship.

Burnley have become a passing machine as Kompany has turned them into Manchester City lite to great effect.

Kompany acted expertly in the transfer market and the clean slate provided by Burnley’s relegation has played right into his inexperienced hands.

As is the case with the Championship, Burnley’s ride for promotion this season will not be without a speedbump or two. But he has taken the unfamiliar surroundings of the second tier in his stride and the Clarets are becoming a more fashionable club in the process.

Player of the Season – Ollie Norwood
The Sheffield United midfield dictator has now entered his 30s and he’s playing the best football of his career.

Burnley’s Josh Brownhill also has a case to be the Championship’s best player and there has been very little between the two central midfielders.

Both stalwarts made their name in the second tier and in recent years have proven themselves in the Premier League.

But following Sheffield United and Burnley’s respective relegations, Norwood and Brownhill have shown that they are a class above the rest at this level.

Prior to United’s promotion in 2019, Norwood was named in the Championship Team of the Season and barring a significant drop-off in form, he will repeat that feat in 2022/23.

Norwood’s passing range is an asset for the Blades and his ability to control play from deep is key, especially with their preferred 3-5-2 set-up.

By now, we know what we are going to get from Norwood. Steady 7/10 performances have turned into regular eights and nines this season, with the consistency of his high-calibre showings being particularly eye-catching.

The Blades star man deserves another shot in the Premier League while he’s at this level; it looks like he may get it.

Young Player of the Season – Joao Pedro
While the battle for POTS was pretty tight, this award is Pedro’s to lose this season.

The formidable front three of Pedro, Ismaila Sarr and Emmanuel Dennis has been broken up with the latter joining Nottingham Forest. But even having two of the three is a cheat code at this level.

Watford have their flaws but if the league was based on the quality of your forward line, they would be sure-fire bets for promotion.

Pedro showed in flashes what he is capable of in a poor Premier League side last season and that tempted Newcastle United to pursue him as the Saudi-backed club lay the groundwork for the future.

The Magpies were unable to get the deal over the line and with him now under contract until 2028, it will cost clubs a fortune to prise him away from Watford.

The 21-year-old’s valuation will keep on rising as he’s on for his best season to date on a personal level in terms of goals and assists (six and two in 17 league games).

Given how Watford operate, it will likely not be long until they are back in the Premier League. And Pedro’s current form shows that when that time comes, he will make a greater impact.

Breakout star – Dan Barlaser
Rotherham United’s midfield maestro – lovingly referred to as the Geordie Pirlo – is having quite the season in South Yorkshire.

After bidding farewell to boyhood club Newcastle United, Barlaser struggled somewhat for Rotherham in 2020/21 in their biennial season in the second tier.

The 25-year-old has looked more prepared to compete at this level after he starred for the League One specialists last season though.

The Millers have gone through the wringer this term, with long-term boss Paul Warne jumping ship to join Derby County in the league below.

This has not impacted them too much as ex-Exeter boss Matt Taylor has slotted in comfortably at the New York Stadium.

Rotherham now look more comfortable in this division and survival finally appears to be a real possibility. If they manage to stay up, a lot of thanks will have to go to Barlaser.

The playmaker has been Rotherham’s chief creator in the league, expertly pulling the strings from a deep position. His passing range is ridiculous and he is joint-top of the Championship assist charts with six.

Speaking as a Millers fan, Barlaser is a calibre of player deserving of battling near the top of the Championship.

With him out of contract next year, the club’s supporters will have to cherish his superb 2022/23 Rotherham swansong.

Best signing – Zian Flemming
We finish with what is perhaps the toughest category of all. Anel Ahmedhodzic is more than a fair shout but I’ve already waxed lyrical about the Sheffield United defender a few times this season.

So to switch things up, I went for Millwall’s £1.7m man. Twenty-four goals over the past two campaigns in the Eredivisie was great going for Fortuna Sittard – especially for an attacking midfielder.

But English clubs have had a mixed history of signing players from the top league in the Netherlands. For every Luis Suarez, there is a Memphis Depay.

Thankfully for Millwall, Flemming is edging himself more towards the former end of the spectrum than the latter.

The 24-year-old started the 2022/23 campaign slowly, which can be forgiven because the Championship is an odd league even for the best of players.

But Flemming came on strong in the weeks before the World Cup break as Gary Rowett’s side rose up to sixth in the table.

His hat-trick last time out in the 4-2 Preston win has taken his goal tally to eight in 17 league games.

I am now sitting quite smug after backing Millwall as a shock promotion contender before the season got going.

Rowett has added more quality to what was already a solid base, with the signing of Flemming the one that could easily make them a play-off team this season.

READ MORE: Five Football League to Premier League transfers that have worked (and five that haven’t)