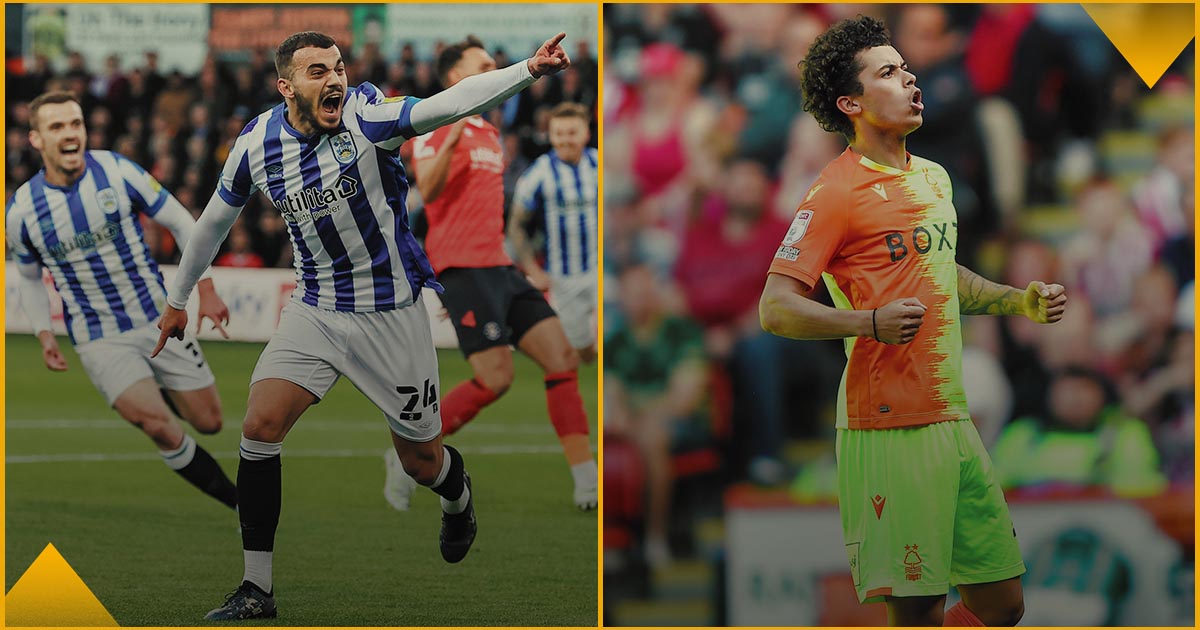 The Championship play-off semi-final first legs are complete, but both ties are far from over. Here’s the state of play in both of them…

HUDDERSFIELD (1) v (1) LUTON
If we wanted the play-offs to go off with a bang, Luton v Huddersfield on Friday night certainly delivered. The raucous atmosphere at Kenilworth Road met that lovely summer’s evening play-off backdrop, we got a Huddersfield penalty shout within the first 20 seconds, Luton then took over before Huddersfield broke away to score on 12 minutes through Danel Sinani. Luton as expected piled on the pressure and got their equaliser through Sonny Bradley before having their own penalty shout turned down. Huddersfield grew and Luton flagged somewhat in the second half with the Terriers going in all square ahead of the home game at the John Smiths.

That breakaway Huddersfield goal could turn out to be the key to this whole tie. Going in I had Luton as Deontay Wilder and Huddersfield as Tyson Fury – across the season Huddersfield had been stronger, but Luton possessed a potential knockout punch. My feeling was that knockout punch would’ve most likely been struck in the first half of the home game and as things transpired that was certainly Luton’s strongest period. The fact Huddersfield managed to land a pretty big punch of their own means they’ve set up a one-off ‘winner takes all’ game and they have home advantage. Had Luton really been able to connect with their big shot perhaps we’d have a staggering wounded Huddersfield going into game two with the Hatters ready to see the job through.

Huddersfield managed to bring in Sorba Thomas for the final five minutes of the first leg, Thomas has been a standout for the Terriers this season and Carlos Corberan will I’m sure be considering bringing him back into the starting lineup. Luton’s injured star Elijah Adebayo was nowhere to be seen on Friday and I suspect we’ll know nothing of his potential involvement until an hour before kick-off of leg two. I’d make Huddersfield favourites, but Luton have found their way this far without bloodying a few noses along the way.

NOTTINGHAM FOREST (2) v (1) SHEFFIELD UNITED
There were large parts of Saturday’s Bramall Lane first leg between Sheffield United and Nottingham Forest where I didn’t think there would be too much talking to be done in between legs. Forest could frankly have been out of sight going into leg two at the City Ground, but they’re not and there’s still plenty to play for. Steve Cooper’s side played the first leg beautifully, pulling Sheffield United forward and then cything through them on the counter attack.

Deputy left wingback Jack Collback got himself in the box to follow up and hit the opener with Brennan Johnson adding a second with 71 on the clock. Forest racked up a gigantic 3.03 xG and if their finishing had been as incisive as their build-up play they’d have been out of sight. But, then came the late goal that could change the complexion of this tie. A 91st-minute corner was forced in by Sander Berge and all of a sudden a semi-final that looked pretty conclusively headed in one direction took a potential turn.

Obviously the odds are still heavily against Sheffield United going into leg two, but that little seed of doubt has been planted. Forest finished higher in the division across the regular season, have home advantage and have a goal advantage after a good first leg performance. The play-off rule of thumb says you don’t lose the first leg at home and go on and win the tie, although the rule always has an exception. Cast your mind back to Elland Road 2019: not only were Derby County a goal behind to Leeds from the first leg but they also went behind in the second game before striking three times in thirteen minutes. It’s Forest’s to lose, but the play-offs can throw up surprises and comebacks.

Kienan Davis, Forest’s bustling loanee striker from Aston Villa made his return from injury late in the game on Saturday and gives Steve Cooper another option in an attacking sense. But I suspect Cooper might be so pleased with the first leg that he keeps things the same and Sam Surridge gets the nod; he surely won’t be tempted to change much.

Sheffield United more need a change of approach than personnel, they’ve presumably concluded after the first leg that Forest’s lethal counter attacking might require a more pragmatic approach. We may see George Baldock return at wingback, the experienced play-off campaigner Conor Hourihane is available, but we all know the experienced player Blades fans would most want to see is Billy Sharp and he’s unlikely to make it. Both these sides have had their share of play-off nightmares over the years so nothing’s off limit, I still believe it’s Forest’s to lose though.