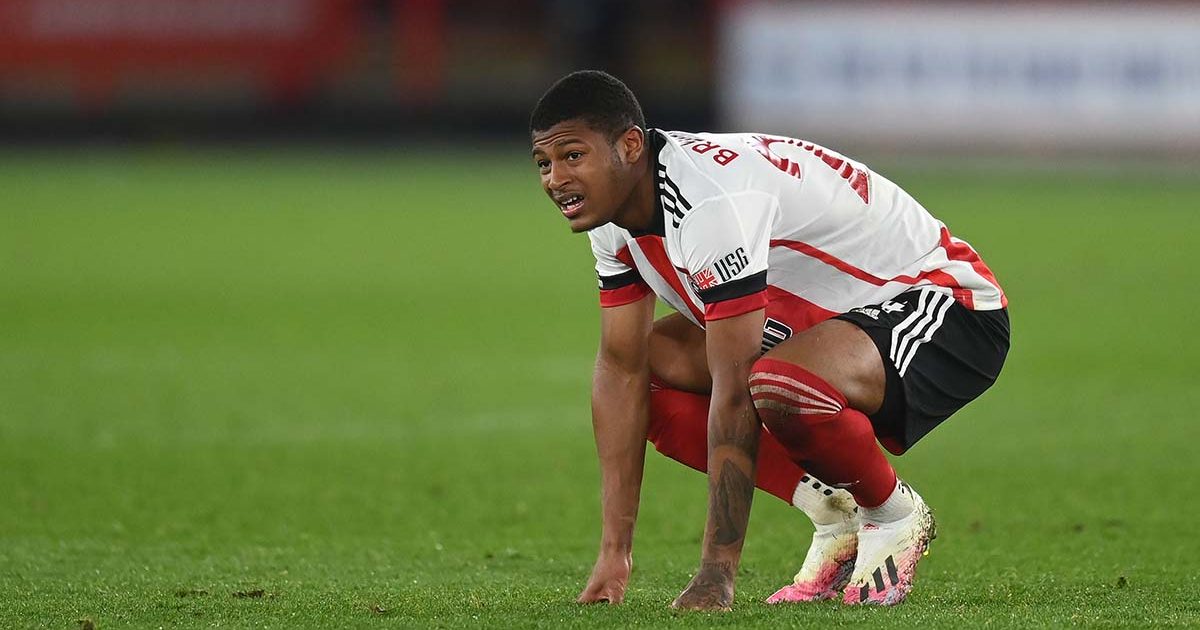 Whether a player is coming off the back of a disappointing season or they have to justify a big price tag, we’ve picked out one from each Championship club who has a point to prove next season.

Barnsley: Devante Cole
This transfer raised a few eyebrows this summer as the striker made the move from Motherwell.

It’s never really clicked for him in the EFL so he’ll be hoping to have a change of fortunes at Oakwell this season.

Birmingham: Sam Cosgrove
After arriving in January for a fee believed to be around £2million, Cosgrove has had a fairly slow start to life at St. Andrews with the striker yet to hit the back of the net.

The majority of his minutes last season came from off the bench so he’ll be looking to force his way into the starting line-up next season.

Blackburn: Ben Brereton
The Chilean international is coming off the back of his best goalscoring season with Rovers to date, with seven goals.

After an impressive Copa America campaign with Chile, his stock is incredibly high at the moment and with the potential departure of Adam Armstrong this summer, the goalscoring onus may fall upon Brereton’s shoulders next season.

Blackpool: Chris Maxwell
The Blackpool captain was named their player of the season after an excellent campaign which saw him keep 22 clean sheets.

He’ll be desperate to prove he’s still good enough for this level after his final season with Preston in the Championship didn’t exactly go to plan; he was sent off against Ipswich in his last game at this level.

Bournemouth: Chris Mepham
He’ll be looking to put last season behind him after his red card in the play-off semi-final against Brentford turned out to be the turning point in that game.

He’s had a decent Euro 2020 tournament with Wales and will hope to come back as a stronger player next season.

Bristol City: Kasey Palmer
Bristol City really struggled for creativity last season. In fact, they had the fewest shots in the league last time with only 496 attempts.

Palmer has shown in glimpses that he can provide a spark in the final third and so it’s up to him to force his way into the side next season.

Cardiff City: Josh Murphy
Murphy was in and out of the Cardiff side last season but with Junior Hoilett departing and Sheyi Ojo returning to Liverpool, the winger may see this season as a chance to reclaim his starting spot.

He made the move over to Cardiff in 2018 for a fee of around £11million and has scored 13 goals in 97 appearances for the Bluebirds.

Coventry: Martyn Waghorn
Despite his brace on the final day for Derby, last season was a frustrating one for Waghorn which saw him score just five goals.

He’ll be hoping that the change of scenery will help him rediscover his goalscoring form and get back to his best.

Derby: Kamil Jóźwiak
The Rams really struggled to score goals last season, only scoring 18 goals from open play, which was the fewest by any Championship club.

Jóźwiak had a fairly frustrating first season with Derby which saw him score just one goal, but there have been flashes of quality to suggest there could be more to come from the winger next season.

Fulham: Marek Rodák
Despite being brilliant in their promotion season, Rodák lost his place in the Fulham side after the arrival of Alphonse Areola on loan from PSG.

The goalkeeper will be looking to reclaim the number one spot going into next season and will want to prove himself as one of the best in the league.

Huddersfield: Jordan Rhodes
The last full season Jordan Rhodes had at Huddersfield he scored 40 goals, if he manages even a quarter of that this season then he’ll have justified his return to the John Smith’s Stadium.

He’s had a frustrating four years at Sheffield Wednesday and will be looking to prove he’s still got what it takes to cut it at this level.

Players with the best goal per minute records in Championship history:

Hull City: Mallik Wilks
After their relegation in 2018/19, the majority of the Hull squad has a point to prove that they are good enough to cut it at this level and they should be riding high on confidence after storming League One last season.

The player we’ve picked out is Mallik Wilks, who is coming off the back of an unbelievable season, which saw him score 19 goals. He could once again be their talisman going forward and make all the difference for Hull next season.

Luton Town: Harry Cornick
After the departure of top scorer James Collins, more of the goalscoring onus may fall upon Cornick’s shoulders next season.

He’s quite a useful player who makes clever runs off the ball but after only scoring one goal last season, he’ll be looking to be much more prolific this time around.

Middlesbrough: Chuba Akpom
After his move last summer for around £2.75 million, Akpom started out fairly well at Boro with some promising performances early on, although his season quickly fizzled out after a bright start.

He only scored five goals last season and following the departures of Britt Assombalonga and Ashley Fletcher, Akpom may need to step up to become their main man going forward.

Millwall: Benik Afobe
It’s crazy to think that Stoke spent £12million on Afobe just a few years ago; his loan move to Millwall this season will be his third spell away from the club since 2019.

Millwall were desperate for a consistent goalscorer last season and Afobe will be hoping to prove that he’s still got it.

Nottingham Forest: Brennan Johnson
Everything looks set up for Johnson to take the Championship by storm next season and Forest fans will be hoping that he can be the difference for them this time.

He’s coming off the back of an excellent loan spell with Lincoln where he picked up 18 goal contributions; now he’s got the chance to prove himself at a higher level.

After an injury-hit three years at Derby, he needs to prove himself all over again as Peterborough will be relying on him rediscovering his goalscoring form.

Preston: Izzy Brown
After being sent out on seven different loan spells throughout his time with Chelsea, Brown now has the chance to settle down at a club after signing on a permanent basis for North End.

Brown struggled last season at Sheffield Wednesday but clearly has buckets of technical ability and could be a key player for Preston next season.

🗣”I still believe one day I could play for England.”

Izzy Brown has backed himself to have a good season at Preston North End and still hopes to play for #ENG one day pic.twitter.com/fdmtie5AtR

QPR: Chris Willock
Towards the end of last season Willock established himself as one of QPR’s star men and will be looking to take that form with him into next season.

His free role just behind the striker next to Ilias Chair suits him down to a tee and he could be one player to watch out for next season.

Reading: John Swift
With Michael Olise’s impending departure this summer, John Swift will be more important than ever for Reading next season.

He missed the majority of last season through injuries and he’ll be hoping to get back to his best.

Sheffield United: Rhian Brewster
The Blades spent a whopping £23.5 million on Brewster last summer and he’s still yet to score his first goal for the club.

Perhaps the drop down to the Championship will help him as he’s already proven himself at this level with Swansea.

Get both Messi and Ronaldo for the price of Rhian Brewster. https://t.co/WPKEh0ciZo

Stoke: Ben Wilmot
After the sale of Nathan Collins to Burnley, Wilmot has arrived from Watford and looks to be his natural replacement.

Wilmot didn’t get much of a chance for Watford last season with him only being handed 14 starts and so this is his chance to now establish himself as a regular starter at his new club.

He scored his first league goal for the club towards the end of the campaign in a 2-1 win over Derby and he’ll be looking for more goals this time around.

West Brom: Karlan Grant
At the time, the £15 million West Brom paid for Karlan Grant looked like good business with the striker coming off the back of an excellent season with Huddersfield in the Championship.

So far though things haven’t quite clicked for Grant at the Hawthorns with him only scoring the one goal last season. He needs to justify his price tag next season as West Brom look to bounce back to the Premier League at the first time of asking.