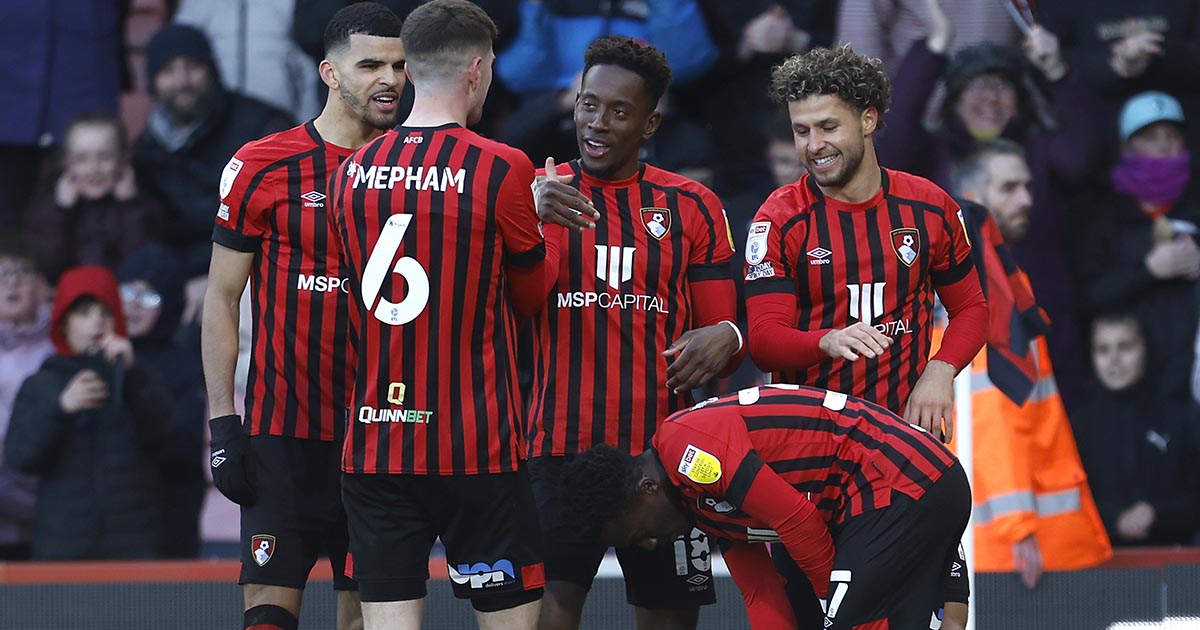 The Championship is back this weekend and Benjamin Bloom is here to preview all of the action, with odds from Betfair throughout. Make sure to get involved and submit your predictions in the F365 Championship Predictor Game.

Barnsley v Fulham
It’s more a game of predicting reasons why Fulham won’t win during the remainder of the season. I can’t find too many here. Barnsley’s quick three wins in four has been followed up by one point in the next two, albeit at the hands of a late Stoke equaliser. Surely the incessant attacking machine that is Fulham will have too much for the Tykes?

Bournemouth v Derby
Who do you trust? Will it be Scott Parker, who’s in the box seat for a second Championship promotion but receiving a lot of the same criticism he did at Fulham? Or will it be Derby County? The Rams’ survival hopes have been built on a good home record, but they’re goal and points shy on the road. On this occasion I’ll edge with Parker, just.

West Brom v Huddersfield
I have a bit of a problem here as Steve Bruce is exactly the sort of party pooper to lay out a cautious game plan and end the grand Huddersfield undefeated league streak. The problem is that whenever I’ve asked a question of Huddersfield this season, they’ve proved me wrong. I’ll go for the Terriers to keep up their magnificent momentum.

Blackburn v Bristol City
I’ve gone for an unhelpful draw in this one. Blackburn have dropped badly form-wise; the goals have dried up and a possibly decisive gap has appeared between them and the automatic spots. Rovers are good at home, but given the shortage of goals at the moment I can see the Bristol City front line being able to secure something up at Ewood. Probably should play my joker on this one given the 15 places between the two clubs in the table.

Coventry v Sheffield United
I saw Sheffield United in the flesh on Tuesday night as they cruised in 4-1 winners over former manager Chris Wilder’s Boro. I was particularly impressed with the pair of Sander Berge and Morgan Gibbs-White and there seems to be a momentum building for the Blades. Coventry have star power of their own and the return of Matt Godden should help the Sky Blues who won’t want their season to fizzle out after one point in the last three.

Luton v QPR
I’ll be at the Kenny for this one on Sunday. The narrative has Luton in fine form with 32 points from 15 games and QPR’s drop-off is so bad that they’re now out of the play-off spots. If it goes with the form then we’ll see Luton assert themselves over a direct rival, but QPR have been a good side for a fair while under Mark Warburton and a bounce back is likely at some point. Will it be this weekend? I’m not so sure.

Millwall v Middlesbrough
Another edge of the play-offs battle at the Den between Millwall and Middlesbrough this weekend. Gary Rowett has the Lions on the type of run over the past nine games that, were they to repeat, would certainly see them very close to sixth at the end of the season. Boro’s play-off push will fizzle out if they can’t pick up their away form to match the brilliant home record. I’ll go for a draw, which is probably more helpful to Millwall and their current undefeated record.

Nottingham Forest v Reading
I’ve been quite optimistic for Reading despite their league position since the return to the team of Lucas Joao. It appears that Reading might be able to outscore their bottom six rivals in the relegation scrap, especially against poor defensive sides. However, the Royals were shut out by Millwall and Forest are as tight at the back as the Lions. I foresee a similar outcome, with a goalless trip for Reading and a Forest victory.

Cardiff v Preston
Tricky one to call here between Cardiff and Preston. The Bluebirds have the bragging rights in terms of recent form but Preston are still eight points above them in the table. Cardiff are improving under Steve Morison but Preston can be a tough nut to crack and on the back of that win over Bournemouth I’ll back North End.

Blackpool v Swansea
I can see Blackpool ending the season fairly strongly now having adjusted to Championship football once again. The Tangerines have recorded back to back wins and clicking in front of goal could secure an impressive top-half finish. Swansea are a bit up and down at the moment and I just wonder whether their openness at the back and Pool’s old school 4-4-2 might favour the home side.

Peterborough v Stoke
All is not well for Stoke at the moment. I thought after the window they’d trend up through February, but the opposite has happened and it’s no wins in seven in all competitions. Peterborough have the look of a side setting themselves for League One under new manager and current third division title holder Grant McCann. They did pick up a great draw at Bournemouth in midweek and a win here would put the cat amongst a few different groups of pigeons.

Birmingham v Hull
Is it too early for me to start talking about the beach yet? With ten games to go both of these sides look like they’re safe enough to relax a little and start preparing the team for next season. The return of Tahith Chong gives Birmingham a bit of new vigour so I’m going for an unlikely goal-laden home win. Why not?!