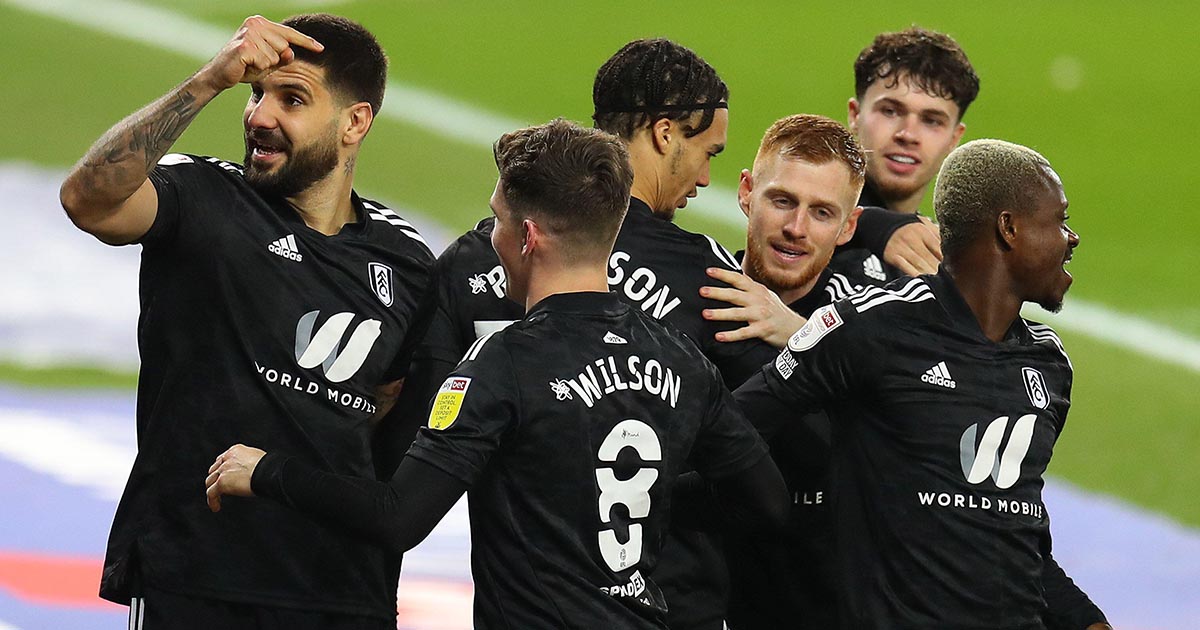 The Championship returns this weekend and Benjamin Bloom is here to take you through all of his predictions, with odds from Betfair throughout. Make sure to get involved and submit your predictions in the F365 Championship Predictor Game.

Fulham v Coventry City
Marco Silva’s men are closing in on promotion and could likely be a game away after this weekend. Coventry beat Fulham heavily at the CBS earlier in the season, so revenge will be on the cards for Mitrovic & co.

Sheffield United v Bournemouth
This feels like a big one as second place plays sixth at Bramall Lane. The Blades are very good at home but missing a few key players, while Bournemouth are in the midst of the trickiest part of their run-in. Honours even.

Huddersfield Town v Luton Town
What the table will look like by the time we get to Huddersfield v Luton on Monday night is anyone’s guess. The two sides are currently third and fourth with the possibility that wins for their rivals could drop them both down two places. They’ve both been great underdogs so I’ll pull out a respectful desmond.

Nottingham Forest v Birmingham
Steve Cooper’s Forest side look like the in-form team in the play-off scramble with 12 wins in 18 taking them up to fifth. This feels like a nailed on home win with Birmingham on the beach already. The Championship works in mysterious ways, but I’ve got to back Forest.

Middlesbrough v Hull City
Boro fell short against Fulham and Mitrovic in midweek to end their winning streak up at the Riverside. It’s a case now of getting straight back on the horse and Hull may well be a good opponent in that regard. I’ll go with a Boro bounce back.

Blackburn Rovers v Blackpool
Rovers were so close to a morale boosting win at Coventry that the late Sky Blues equaliser will make that point feel like a defeat. If Blackburn are going to gather themselves for a final attempt to change direction on a run that has had them trending down for a while they need to be quick about it. Blackpool have probably already hit most of their goals for their Championship return so I’ll back Rovers.

Preston North End v QPR
I’ll pull out my joker for this one and go for a completely illogical call. I saw QPR at Sheffield United in midweek and they were as flat as a pancake, while Preston won the big derby against Blackpool. Rangers just need a big win out of nowhere else things look very murky for Mark Warburton, I’ll probably be the only one but I’ll back it to happen.

Millwall v Barnsley
It was going to take a big run for either of these sides to reach their ultimate goals. Millwall have hit a bit of a wall in their play-off push and while Barnsley haven’t slowed down massively, Reading’s form above them may spell relegation. With all of that being said I’ll apologise to both sets of fans and predict an unhelpful draw.

West Bromwich Albion v Stoke City
Steve Bruce has got West Brom moving and picked up 11 points in the last six games, the Baggies also put a bit more pressure on Bournemouth in their automatic chase by beating them in midweek. Stoke probably just want the season to end but could do with a few more points first, I don’t see them getting any here.

Swansea City v Derby County
I think we could be reaching the end of the road in Derby’s attempts to overcome their 21 point deduction. The Rams have scored 75% of their points at Pride Park and travel to a Swansea side in the midst of a lovely run. There are more important things happening off the pitch for Derby, but I’m calling a defeat on it.

Reading v Cardiff
Although it would be very boring, the relegation issue could be as good as done by the end of this weekend. Reading’s eight points in the last four games and the fact they didn’t lose to Barnsley in the big head to head has grown a massive eight point gap. I’m backing them to win again and a Barnsley draw and thus the gap to grow even more.

Bristol City v Peterborough United
I’m hoping this one meets my expectations as a BTTS banker. Bristol City love an open game and the Posh defence has provided us with many goals throughout the season. It hasn’t been a fun season for the Robins but Peterborough are seemingly resigned to their fate and I think this will be a home win.