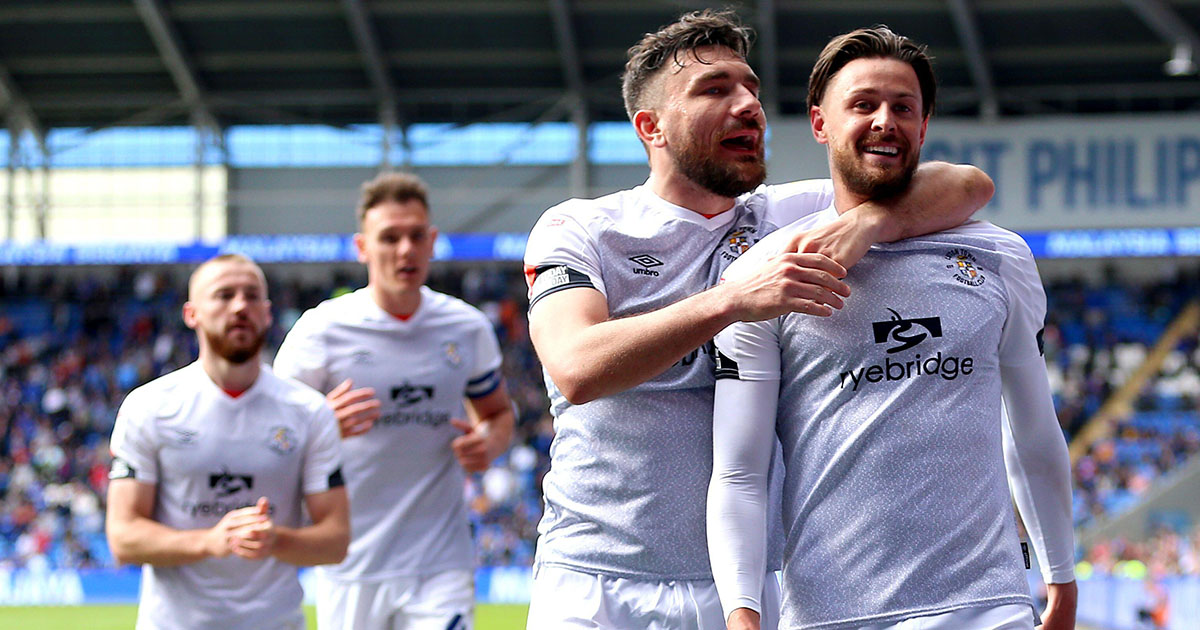 The Championship is back this weekend and Benjamin Bloom is here to talk you through all the action and give you his score predictions, with odds from Betfair throughout. Make sure to get involved and submit your predictions in the F365 Championship Predictor Game.

Huddersfield v Barnsley
A tale of two opposites with Huddersfield able to secure a play-off spot and relegate Barnsley in the process. In keeping with the opposite theme, it was Barnsley in the play-offs and Huddersfield surviving last season. All change in the Championship, I’m thinking those two things will be confirmed on Friday night.

Luton v Blackpool
Big motivation for Luton to get another three points on the board before an away trip to Champions elect Fulham comes up. Blackpool have looked a little on the beach lately, but did smash six past Birmingham last time out. I suspect this one will go with the home side.

Birmingham v Millwall
Having just mentioned Birmingham’s thrashing at Blackpool, they now host play-off chasing Millwall. The Lions have taken advantage of a few rivals faltering and won two of their last three to put themselves right on the edge of the top six. All is not well at Birmingham and Lee Bowyer cuts a very frustrated figure at the moment. Away win.

Bournemouth v Fulham
It’s so hard to know which Fulham will turn up here and whether they’re still motivated having already secured promotion. There are so many subplots with Bournemouth being second and their manager being in charge of Fulham last season and not really getting on to well with the Championship’s current 40 goal top scorer. I think we might get a cat amongst the pigeons here.

Derby v Bristol City
Derby are down, but Pride Park has been a noisy, well populated, difficult place to go this season. I’ve had no idea what to make of Bristol City for months now, so I’ll focus on the idea that Derby will want to finish on a high and show the new ownership that things can get better.

Hull v Reading
Reading have been a bit of a party pooper down at the bottom of the table and in reality their form has already ended the chances of the two remaining teams not yet relegated but in the bottom three. Hull are a little erratic at the moment and we’re well and truly on the beach at the moment so I’ll go for a silly end of season goal laden draw.

Peterborough v Forest
I just mentioned Reading’s form dashing the hopes of the sides still down there, that includes Peterborough, who kept themselves alive over Easter with an impressive double winning weekend. The problem for Peterborough is that bettering Reading’s result this weekend means scoring at least a point against a Forest side who have been formidable opponents since Steve Cooper arrived.

Stoke v QPR
QPR aren’t quite on the beach just yet, their recent bad run has been mitigated somewhat by four points secured over Easter. Rangers are three points off the top six but there is a lot of traffic around. Stoke have one four in six as Michael O’Neill looks to stabilise things at the end of another faltering season, honours even.

West Brom v Coventry
These two are both in the top half and mathematically still have something to play for, but an undesirable result this week and we’re turning out the lights for the season. West Brom have probably underachieved and Coventry have probably overachieved and I suspect both sets of fans will imagine their side being higher next season. As for the result, it could be anything so I’ve gone for a high scoring, price inflating, away win

Sheff Utd v Cardiff
The Blades are the hunted, as the team in sixth place they are the ones that everyone in the chasing pack are aiming at. Cardiff have done enough to pull themselves away from the relegation zone under Steve Morison but three defeats in the last four is a slip that Sheffield United will think they can capitalise on.

Swansea v Middlesbrough
We’re in must win territory for Middlesbrough now after a really poor run of one point in the past four games. Swansea on the other hand are having a lovely end to the season and are seven unbeaten. I’m going against my better judgement in saying this, but some strange hunch is telling me the form is going to flip here and Boro are going to reset.

Preston v Blackburn
The derby between Preston and Blackburn will have to wait until Monday night. Blackburn have fallen off the proverbial cliff of late but given that brilliant run earlier in the season, they are still in the mix. Rovers could really do with a win here but nothing about their recent form tells me that is going to happen and I can see Preston adding to Tony Mowbray’s growing frustration.