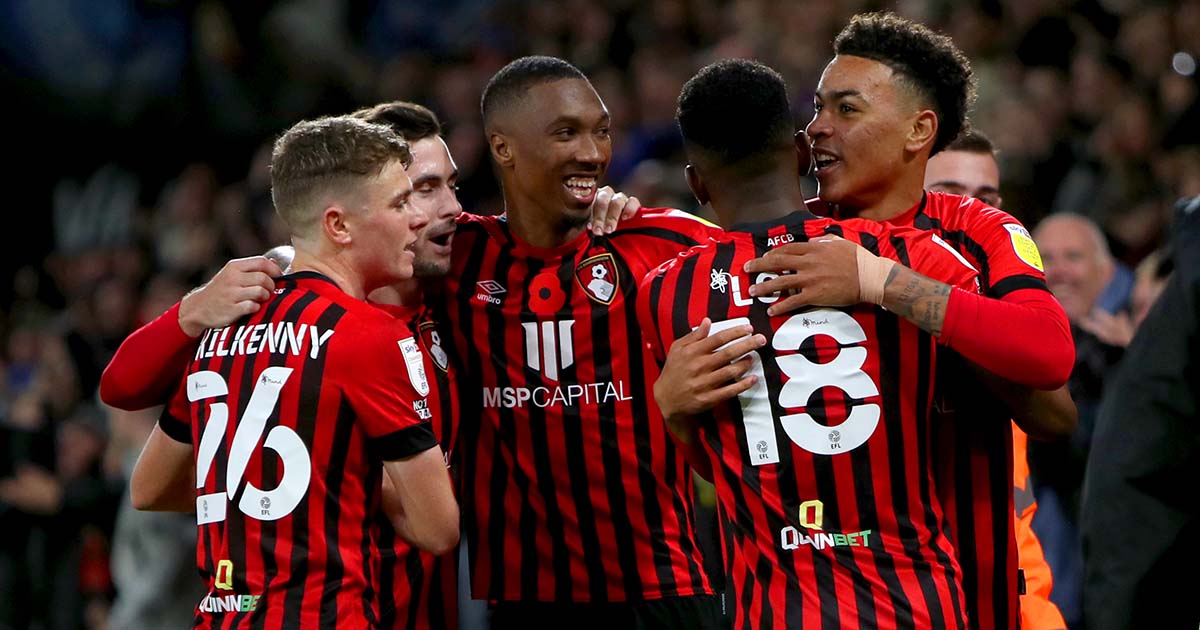 We come to the end of another busy Championship week with Round 20 of matches coming up over the weekend and Monday night. Here are my latest predictions, get involved with yours over on the F365 Championship Predictor Game.

Preston v Fulham
Most indicators would have Fulham winning this one, however the lingering narrative of the sickness bug going through the Fulham camp could give a little more of an advantage to Preston. I’ve spent the whole season marvelling at the strength of Fulham’s squad so I’ll still back them to get the job done.

Bournemouth v Coventry
An interesting matchup between two top six teams, and two teams who are trending down very slightly and won’t want another defeat to make it look as though they’re in a more pronounced bad run. I’m estimating the key factor here is Coventry’s poor away form relative to Bournemouth’s general form and going for the Cherries.

West Brom v Nottingham Forest
This weekend’s Friday night football sees Steve Cooper and Nottingham Forest visit West Brom. Wins have slowed down for both sides and West Brom seem to have slipped slightly away from the top two, mainly due to a poor run away from home and in front of goal. I’m playing my joker on this one, Forest are third in the away table so I’ll go for them to cause a surprise.

West Brom v Nottingham Forest: Where have the wins gone?

Derby v QPR
Derby and QPR will have to wait until Monday night to get their game played, who knows how the table will look then for QPR, Derby on the other hand with their various deductions know where they’ll be. QPR look a little more solid but Derby, through bloody minded siege mentality, have got through games against the top two with four points recorded. Let’s add one more on to the Rams total.

Stoke v Blackburn
Blackburn’s big win at home to Peterborough this midweek put them second in the current form table and right up there with the top scorers in the division. Stoke have a decent home record but are coping without key players Harry Souttar and Nick Powell through injury. With the two sides one place apart in sixth and seventh I’ll call it a draw, but let’s add goals because it’s Blackburn.

Huddersfield v Middlesbrough
I think I’ve backed Chris Wilder to get his first win in both of his first two Boro games and been wrong both times. Huddersfield have been a team I’ve found difficult to call this season, they’ve overperformed in my expectations so more power to the Terriers. I feel like I’m all in on Wilder so I’ll go one more time for Boro, but I’m stopping next time I promise.

Swansea v Reading
This one looks straight forward on paper, which feels a bit dangerous in the Championship. Swansea have a good mood and a nice upward trend in results and league position and find themselves, probably slightly ahead of schedule, in ninth position. Reading are the opposite, the points deduction and EFL financial plan seem to have derailed the Royals, who are 22nd in the current form table. Home win.

Hull v Millwall
Hull have been positively heroic these past three games, with a brilliant three game streak that gave them as many points as their previous sixteen games had. Millwall are the visitors at the MKM, the numbers tell us that neither side scores many goals and Millwall also don’t lose many. For that reason I’ll land on the side of Rowett and the Lions, just.

Birmingham v Blackpool
Blackpool’s excellent surge up towards the play-off positions has flattened out somewhat over recent games, although Pool do have excellent forward Shane Lavery back, and are still fourth in the away league table. Birmingham are starting to look a bit streaky and up and down, their problem seems to be taking changes, and I figure this might be another missed opportunity.

Luton v Cardiff
Some people get very upset when stats don’t provide an obvious conclusion, I quite like the chaos of it all, so let’s throw in the fact that Luton are now second in the xG table yet 12th in the League table. The Hatters fans will tell you that’s because they’re not converting their big chances, and they’d probably be right. Cardiff visit The Kenny having lost at home to Hull, and I think Luton will be on the right side of the stats in this one.

Sheffield United v Bristol City
A new boss is in town at Bramall Lane. Well it’s actually the old caretaker boss from last season, as Paul Heckingbottom takes over from two time Championship promotion winner Slavisa Jokanovic after just a 19 game reign. Bristol City are better away from home, but both clubs give the impression of just wanting things to stabilise. I haven’t played my nil-nil card yet, so here it is.

Peterborough v Barnsley
We have a bonafide, copper bottomed relegation six pointer this weekend between Peterborough and Barnsley. The two teams occupy bottom three positions in the form table, xG table, and most prevalently the league table. The one slightly optimistic stat concerning these two is the fact Posh aren’t terrible at home, I think that could help them sneak a narrow victory against goal shy Barnsley.