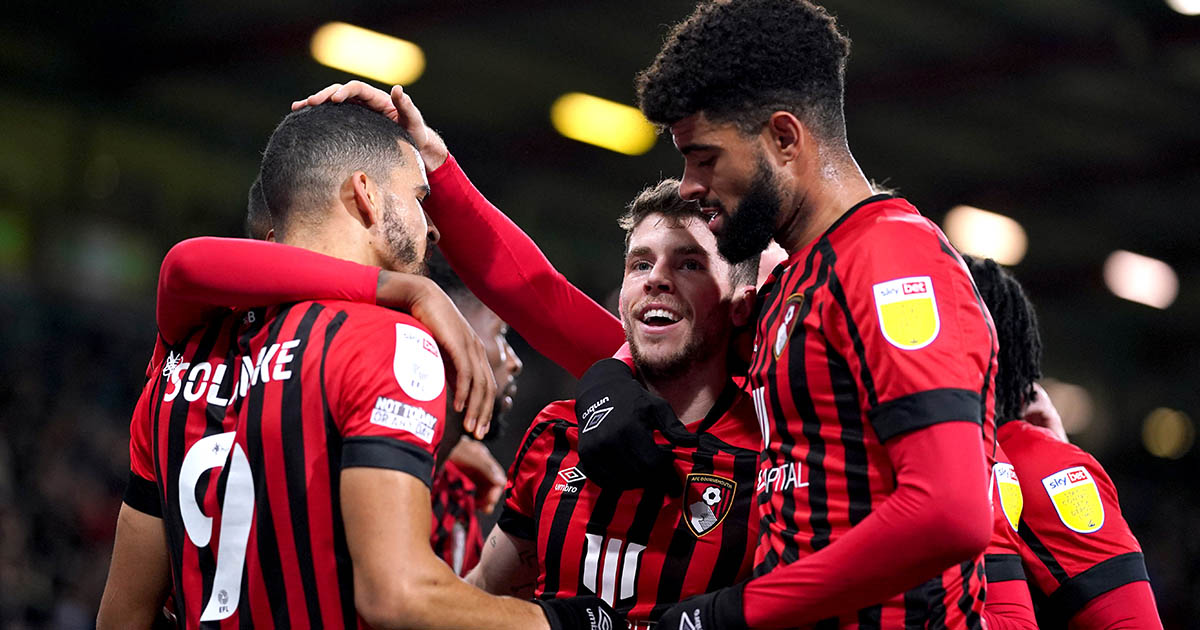 The Championship is back this weekend and Benjamin Bloom is here to preview all of the action, with odds from Betfair throughout. Make sure to get involved and submit your predictions in the F365 Championship Predictor Game.

Hull v Fulham
Perhaps Hull have had their second nice little winning spike of the season and it’s back to the struggles they’ve had for much of the season. We know what we’re going to get from Fulham; they’re excellent, Marco Silva is the new ‘manager of the month’ and Aleksandar Mitrovic has reached 30 for the season already.

Blackpool v Bournemouth
It’s gut check time for Bournemouth, Blackburn’s slip has opened the door up and they now need to run through it. Their opponents Blackpool are in decent form, it’s sink or swim now and they should have just enough to swim away with three points at the seaside.

West Brom v Blackburn
Does the Blackburn slip continue and has Steve Bruce already forsaken the mythical ‘new manager bounce’ after losing on his Baggies debut in midweek at Sheffield United? This Valentine’s Day match up looks pretty tight to me, both sides need a win so I’ll go for an unhelpful draw.

Barnsley v QPR
I think we know these two teams by now. Barnsley are really struggling to get any kind of win and points on current form will be relegated with a fair few games remaining. QPR are good and their challenge is made more tangible by the excellent output of Illias Chair and Chris Willock. Away win.

Huddersfield v Sheff Utd
I said I was going to stop doing this on the basis that Huddersfield always mug me off, but I’m going to go for an away win. The Terriers are on a great undefeated streak, but Sheffield United can gazump that with a winning streak and are the form side in the division. I’m sure I’ll live to regret it.

Forest v Stoke
Forest completed their rise into the top six in midweek, although there will be plenty of work to do now for them to stay there. I like the look of the Stoke recruitment and perhaps their midweek win over Swansea might start a bounce. Given the two bosses on the touchline I’ll go for a draw.

Middlesbrough v Derby
To say that this one has a bit of tension added due to off pitch matters would be the understatement of the century. Let’s hope those in attendance can keep the banter down to just that and not let things get out of hand. On the pitch despite Derby’s improbable chase to safety now taking them to within four points of Reading, I do think Boro will have too much.

Birmingham v Luton
This could really be Luton’s moment, there’s a huge crowd of teams with them on the edge of the play-offs and if everyone trips over each other and the Hatters are left standing they could make the top six. Birmingham can’t get moving with two wins in 15 and the restless nature in the stands may play into Luton’s hands.

Peterborough v Preston
Posh went to Cardiff in midweek with the opportunity to try and keep the Welsh club in the relegation mix up, they lost 4-0. The nature and significance of that defeat will hurt and Preston are looking decent under Ryan Lowe, smells like an away win to me.

Reading v Coventry
If owners and chaos relegate clubs then Reading are doing a fair job of living up to both stereotypes. I’ve always quite liked their fully fit first XI but the struggle is real and relations between fans and ownership are reaching a potential crisis point. Coventry have the air of a competent team who could trend upwards between now and the end of the season, I’ll go with the sky blues.

Millwall v Cardiff
This one will be billed as the return of Steve Morison, once an excellent striker for Millwall and now the Cardiff boss. Millwall weren’t terrible in losing to Fulham in midweek and given the decisive nature of Cardiff’s win over Peterborough and the large gap it gave them over the relegation zone, I think they’re winning streak ends here.

Swansea v Bristol City
Robins striker Antoine Semenyo picked up the player of the month award for an excellent January and he and his fellow strikers are doing their best to negate their horrible defensive record. Swansea have dropped to 18th in the form table and given their less than prolific nature I’ll pull out my joker and go for an away win.