Home F365 Features Anybody want to guess at Championship front-runners?

It's a fool's game trying to work out what might happen in the Championship.... 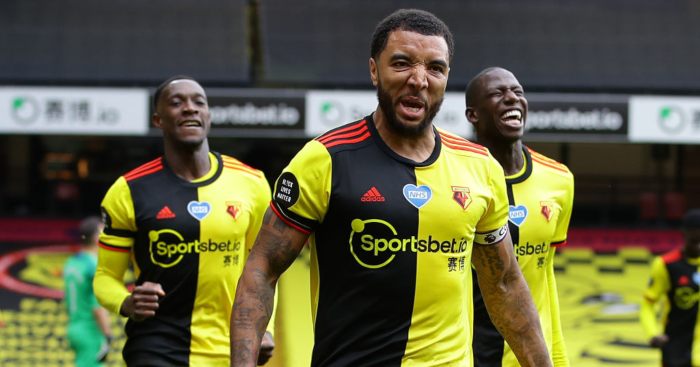 After the shortest of summers and for the second time in three months, the Championship returns this weekend, with newly relegated Watford hosting Neil Warnock’s Middlesbrough in Friday’s curtain-raiser.

Breathless final-day drama and another engrossing play-off campaign saw Leeds United, West Bromwich Albion and Fulham secure their share of the Premier League riches last season, and given the unpredictability that characterises the division, you’d expect no shortage of entertainment this time around either.

Norwich City, Watford and Bournemouth all drop down from the Premier League, and will jostle for promotion with a host of EFL mainstays vying for the ultimate prize. Play-off finalists Brentford will seek to recover from their Wembley heartbreak, while Swansea, Cardiff and Nottingham Forest seem ready for a rejuvenated promotion push after some savvy recruitment.

Having found the managers that suit them and the players to back them up, Millwall and Stoke City also appear to be in the running, though they, along with the likes of Derby County and Bristol City, seem best-consigned to the outside bet category. Gary Rowett and Michael O’Neill both oversaw marked improvements at their respective clubs after taking the reins mid-season, but bridging the gap to the top sides is no mean feat.

Especially with the likes of Watford in the mix, who, should they retain their prize assets, will furnish the division with an almost unprecedented collection of talent. Troy Deeney, Etienne Capoue and Will Hughes will all likely consider themselves a level below where they belong, but it’s the prospect of facing Ismaila Sarr that will send a shiver down the spines of Championship full-backs this season, and the same could be said about Norwich’s Emi Buendia.

Buendia, 23, registered just eight goal contributions for Norwich last season but anyone studying the underlying data will tell you his performances transcended those headline figures. Buendia was actually the second-best chance-creator in the division, creating 3.3 chances per 90 minutes (bettered only by Kevin de Bruyne), so imagine what he could do in the division below, a year on from his last outing in the second tier.

A club that were never ignorant to the prospect of relegation and planned in advance, Norwich have recruited smartly, bringing in another creative force in Kieran Dowell and Oliver Skipp on loan from Tottenham Hotspur. Ben Gibson will also strengthen what was a brittle rearguard last season, while the remnants of their Premier League core, Teemu Pukki and Todd Cantwell, will join forces once again.

In David Brooks and Phillip Billing, Bournemouth aren’t short of quality either, but out of the three relegated sides, the Cherries have been highlighted as the team most susceptible to the famous relegation hangover, after Huddersfield Town’s most recent bout. Owner Maxim Demin made no secret of his desire to “take this club back to the Premier League as soon as possible”, but in the departure of Eddie Howe, such a central figure at the club for so long, Bournemouth have a chasm to navigate, something that may take time.

Another club licking their wounds after a damaging exit is Brentford. Ollie Watkins became an Aston Villa player on Wednesday night, leaving Brentford after an award-winning campaign in which he found the net 26 times. It’s testament to the high regard with which their recruitment is held that, even in light of such a key departure, the Bees have been singled out as a prime candidate for the automatic spots.

And with good reason, perhaps. The defence that laid the groundwork for Brentford’s charge to the play-off final remains intact, while the inevitable loss of Said Benrahma could well be remedied by a few ready-made replacements waiting in the wings.

Tariqe Fosu advertised glimpses of promise as Brentford won eight on the bounce post-lockdown, and with more minutes, may help to replace Benrahma’s goals and assists. Halil Dervisoglu, signed in January, is another promising forward with potential in spades.

Before bowing out at Wembley, Brentford had just enough to see off a spirited Swansea in the semi-finals, but the Swans did not dwell. The acquisition of the precocious Morgan Gibbs-White on loan has arguably been the most eye-catching bit of business done so far, while Jamal Lowe, signed from Wigan Athletic for just under £1m, will add an extra stick of dynamite to their attacking arsenal. Centre-back Marc Guehi has also had his loan renewed as Steve Cooper looks to build on an impressive first season in charge.

Bristol City are another club to have signalled their intent with some astute business. The additions of Alfie Mawson from Fulham and Joe Williams from Wigan Athletic will strengthen Bristol in key areas, with the latter providing the perfect antidote to the midfield problem that saw their campaign dribble to a feeble end.

Indeed, after an abject return from lockdown, long-serving manager Lee Johnson was given the sack, with the former assistant Dean Holden left to pick up the pieces. Holden did so ably, and yet, as news arrived that the interim boss would be installed permanently for the following season, the same question marks enveloping Bournemouth – those casting doubt onto the competence of Howe’s former assistant, Jason Tindall, in his new head coach role – instantly latched onto Holden’s Bristol.

A slow start, and those concerns will quickly amplify, for both Bristol and Bournemouth.

Time is also of the essence for Nottingham Forest boss, Sabri Lamouchi. Owner Evangelos Marinakis’ fixation on the Premier League has manifested itself once again this summer with the Reds making six signings, the pick of the bunch being the highly-sought-after Lyle Taylor.

After missing out on the play-offs in such shambolic fashion, as they succumbed to a 4-1 defeat to Stoke City on the final day, the top brass have been bold to place their faith in Lamouchi and, specifically, the continuity he provides. The football last season was dour, if at times effective, and the Frenchman has to address this if Forest are to evolve into a more well-rounded side that can compete at the top.

For Lamouchi, for Holden, for Tindall, for Vladimir Ivic at Watford, for Daniel Farke at Norwich, for just about every manager in the division, the clock is ticking. The Championship is an unforgiving league, with Premier League football and Premier League money the end goals. The race for promotion is on, and with so many runners, it’s as open as ever.