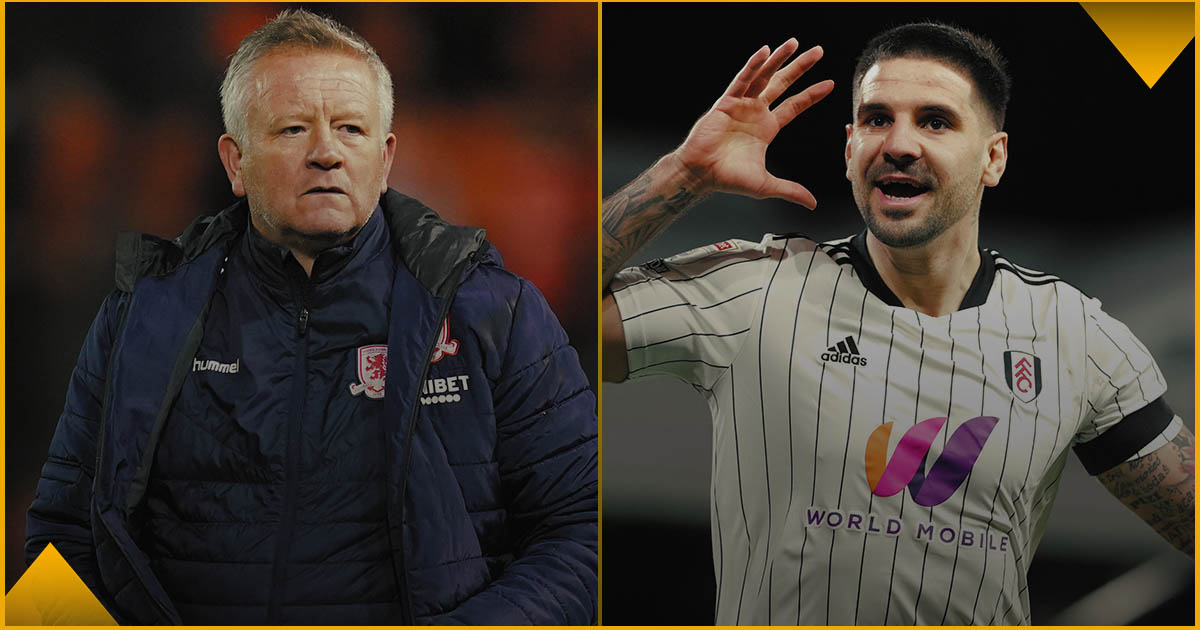 Benjamin Bloom has dived into the numbers ahead of this week’s Championship action and he’s found some interesting trends, with odds from Betfair throughout.

GOAL MACHINE – Aleksandar Mitrovic
This column is meant to use stats to pull out interesting Championship topics. At its best it will hopefully make readers notice something they didn’t already see, view something in a different way or confirm something they already thought. With that being said, there is not a great deal of statistical info that will change anyone’s perception of Fulham’s Aleksandar Mitrovic, but we simply can’t ignore him this week.

Mitrovic scored twice for Fulham against Millwall and has now hit the magical 30 goals in a season. In the post-2004 ‘Championship’ era only Glenn Murray of Crystal Palace and Ivan Toney of Brentford have managed to do this; the fact Mitro completed the feat by February 8 is incredible. By comparison, Toney hit goal 30 in game 39 and Murray had to wait until game 46 having reached goal 29 in round 37 and tripping over the line following an eight-match drought.

It’s a little harder to count rounds this season with the omicron spike which saw Fulham have three games postponed over Christmas. Essentially Mitrovic has got to 30 in 27 games, with an ungodly minutes per goal of 79. Fulham have 17 games remaining and Mitrovic potentially could play another 1530 minutes of football. This means that were he to continue at the same rate, Mitrovic could score another 19 goals for the season and end on 49 goals.

The rather boring, and in my opinion mythical, conceived wisdom around Mitro is that he’s a ‘flat track bully’ and ‘can’t do it in the Premier League’. This flat-track bully has scored four goals in five games against the other five teams in the top six and only one goal against the current bottom three. The obsession of his detractors with his Premier League record won’t go away and his six goal contributions in a poor relegated Fulham side that scored at a rate of 0.71 goals per game shouldn’t really be a stick to beat him with. I’d be looking more at the 11 goals he scored in 18/19 in another relegated Fulham side, a larger total than Leroy Sane, Marcus Rashford, Chris Wood and Danny Ings who all played in sides who very much didn’t get relegated.

CAUSE FOR CONCERN – Blackburn Rovers
Is it time to sound the alarm at Blackburn? Tony Mowbray’s side have been fantastic this season and pushed themselves into the automatic promotion race much to my surprise. We are now seeing a slip from Rovers, but will it be a decisive one and have they peaked already?

Rovers blasted themselves into the top two with a brilliant 15-game run between October 23 and January 24. Those 15 games saw Blackburn win 11, draw two and lose two; that’s a 35-point haul at a staggering 2.33 points per game. Very much title-winning form over a sample size of nearly one third of a season. The next normal step to test the viability of a run like this is to look for games against the lower teams in the table and write it off as an easy streak of games. The run did indeed contain wins over Barnsley, Derby, Peterborough, Reading, Cardiff and Birmingham, six out of the current bottom seven. It’s hardly a revolutionary concept to see a team winning against the sides lower in the table, but the presence of just a single win against any of the current top six may be a red flag.

The current slippery run has seen Rovers pick up four points from their last five games, meaning a drop from 2.33 points per game down to 0.8. Equally alarming is the fact they’ve only scored one goal in those five games, having banged in 44 in their previous 26. Maybe it’s as simple as the absence of Ben Brereton-Diaz with Chile just unsettling Blackburn and this run will end up looking like a blip rather than an outright regression to the mean. We’ll find out more very quickly, but with rivals possessing games in hand, that second-place spot may slip into the distance if the current drop-off continues.

THE xG FILES – Middlesbrough
It’s amazing how an xG underperformance can be perceived differently depending on the mood and direction of travel at a club. Take for example West Brom, who we looked at a few weeks back; that inability to stick the ball in the net was the canary in the coalmine for the systemic issues that ultimately saw Valerien Ismael lose his job.

At Middlesbrough things are rightly perceived very differently. The Boro fans all understand the shortfall this season at the business end of the pitch, but the overall output under Chris Wilder is very good and the team are headed in the right direction. In situations like this the prevailing mood is very much ‘if that improves just think we’re we could be be’ rather than ‘this is broken and not working’.

This midweek Boro drew 2-2 at QPR, the team who we looked at in our last xG files. The game ended with Boro putting up an attacking xG of 2.08 compared to Rangers 0.63, numbers you would reasonably assume would often translate into a victory. In fairly predictable fashion Illias Chair did exactly as we expected and scored with a 0.04 xG shot, while Boro’s Andraz Sporar and Neil Taylor were unable to convert chances with a combined 1.03 xG.

This has been a repeating narrative recently for Boro. They are defending well and in the main winning games, but the only negative check mark against them has been chance conversion. We’re not quite in West Brom territory here, but I’m sure Chris Wilder would be happy if their 34 goal total was a little closer to their 42.8 seasonal xG. You don’t even really need to drill down into chance quality probabilities to see this as one has to look all the way down to Blackpool in 14th place to find a team with fewer goals than Middlesbrough.

I’ll conclude by reiterating my position on how this statistical wrinkle will likely be perceived. This is very much a case of a team playing well with one obvious weakness that if fixed will make them a very problematic opponent for this season’s promotion challengers.