Home All The News Ranking this season’s Championship managerial appointments 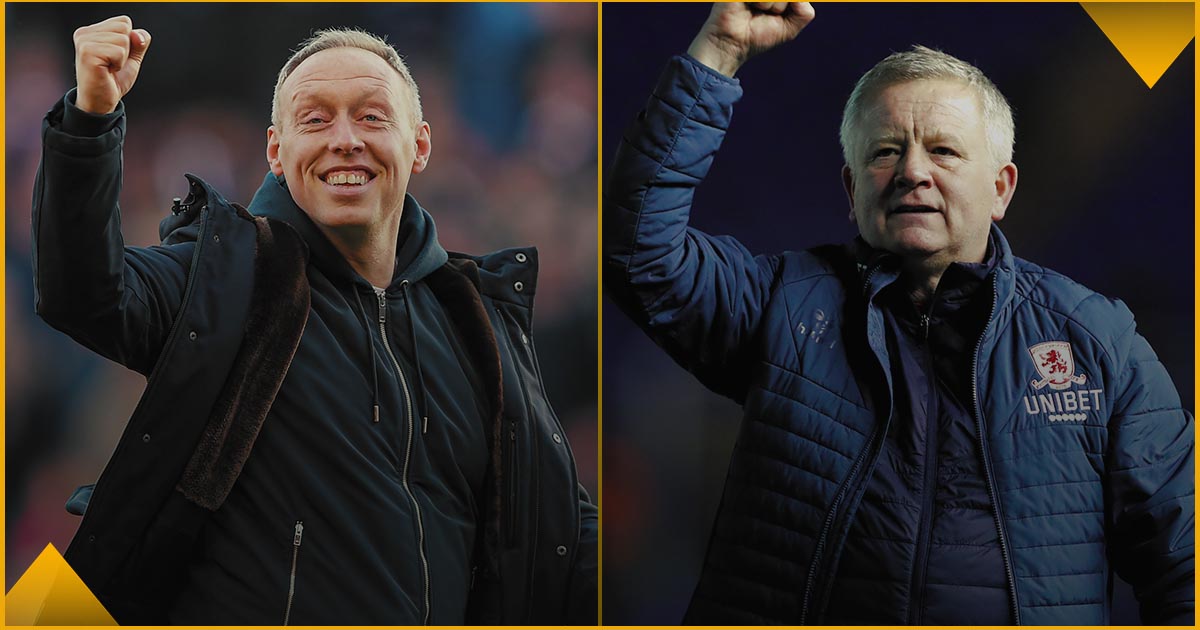 There have been ten managerial changes in the Championship during the course of this season, so Benjamin Bloom has ranked them all from worst to best, with odds from Betfair throughout.

10) Steve Bruce (West Bromwich Albion)
Bruce arrived in a blaze of apathy alongside CEO Ron Gourlay at the Hawthorns at the start of February. To be fair to Bruce, the Baggies were already on a run of one win in seven when he came in, but the experienced Championship specialist didn’t win any of his first five in charge.

The numbers don’t read well for Bruce with a six-place drop in the table and a 35% drop in points per game, though the form may be turning with seven points in the last three.

9) Grant McCann (Peterborough United)
It was a return to the Peterborough hot seat for Grant McCann at the end of February having been sacked almost exactly four years before. Posh have dropped a place to the bottom of the table in his short run thus far and a lack of victories has seen the points per game fall by 39%.

8) Shota Arveladze (Hull City)
This was a hire very much dictated by a new ownership at Hull City, with the very recently mentioned Grant McCann being replaced by former Glasgow Rangers striker Shota Arveladze. The Georgian rode the two-game win streak McCann left him with for one further game but since then has one win in nine. The Tigers are down a position but after Wednesday night’s win over Coventry the points per game is up by a tiny 0.02%.

7) Paul Ince (Reading)
Reading’s financial situation had many people believing they couldn’t afford to get rid of Veljko Paunovic as manager. There may have been some truth in that as Reading were only willing to bring in Paul Ince to replace the outgoing man on a temporary basis.

Like Arverladze at Hull, Ince won his first game in charge but followed that with three straight defeats including a hammering at Nottingham Forest. Reading haven’t dropped any places under Ince so far and the points per game is actually up by 16%; if they’re still in the division at the end of the season then this will be considered a job well done.

6) Poya Asbaghi (Barnsley)
After what was to be frank a very slow start, Barnsley are now picking up under Poya Asbaghi. The Tykes were projecting to be one of the worst teams in Championship history but a run of 14 points in the last eight games now has them just two points off Reading with a huge head-to-head clash between the two teams at the start of April. Under Asbaghi, Barnsley have improved their pretty pitiful points per game by 33% and moved up one place in the table.

5) Ryan Lowe (Preston North End)
Preston are currently on a run of one win in six and lost 4-0 at Luton this midweek, so in the short term it’s not the best look for Ryan Lowe. Over a longer term view, things do look better and Lowe has moved Preston up four places in the table since taking over from Frankie McCavoy. Preston’s points per game under Lowe has increased by 28% and looks more like that of a top ten side over the duration of his tenure.

4) Steve Morison (Cardiff City)
When promoting their under 23s coach Steve Morison up to the big seat, Cardiff were accused of taking the cheap option by some observers. Maybe they were, maybe they weren’t, but it’s worked out pretty decently so far with Morison pulling Cardiff up four places and an 18-point gap inserted between the Bluebirds and the relegation zone.

Cardiff’s points per game was awful after Mick McCarthy’s losing streak but the 86% increase under Morison cannot be underestimated simply due to the low bar he inherited.

3) Paul Heckingbottom (Sheffield United)
Like Morison at Cardiff, Paul Heckingbottom was already in the door at Bramall Lane when he took over from Slavisa Jokanvoic. So much so in fact that Heckingbottom had been in caretaker charge for the final part of the Premier League relegation season.

With the tried and tested Jokanvoic not working out, Heckingbottom has taken the Blades from 16th up to ninth in the table and increased the points per game by 60% from the level set by Jokanovic. The only reason I’ve stopped at third place is the low starting point and sense of underachievement around a squad of players playing in the Premier League last season.

2) Chris Wilder (Middlesbrough)
Neil Warnock thought he was harshly dealt with by Steve Gibson when the Boro job changed hands in early November. Gibson has a somewhat angelic reputation amongst the Riverside faithful but can be ruthless when he wants to; he wanted Chris Wilder and went and got him.

On top of a brilliant FA Cup run, Wilder can match Heckingbottom’s seven-place rise in the table since taking over. The points per game increase has been 43% and sits at a very healthy 1.85 during Wilder’s tenure, which over the season would have been enough for a viable automatic promotion challenge.

1) Steve Cooper (Nottingham Forest)
The Steve Cooper example at Nottingham Forest is like all the other good bits from this list, but turned up to 11. We’ve talked about a low water mark as a starting point; well, Chris Hughton was fired with Forest bottom of the table after one point in the first seven games.

Cooper has taken Forest from 24th up to eighth, a jump of 16 places and they’re currently undefeated in nine games in all competitions. It’s a bit of a questionable number given how bad Hughton’s tally was, but the points-per-game increase under Cooper is a comical 286% and only Fulham have scored more since the Welshman was appointed. Just to cap it off, Forest can match Boro’s FA Cup run and face giants Liverpool in the quarter-finals this weekend.