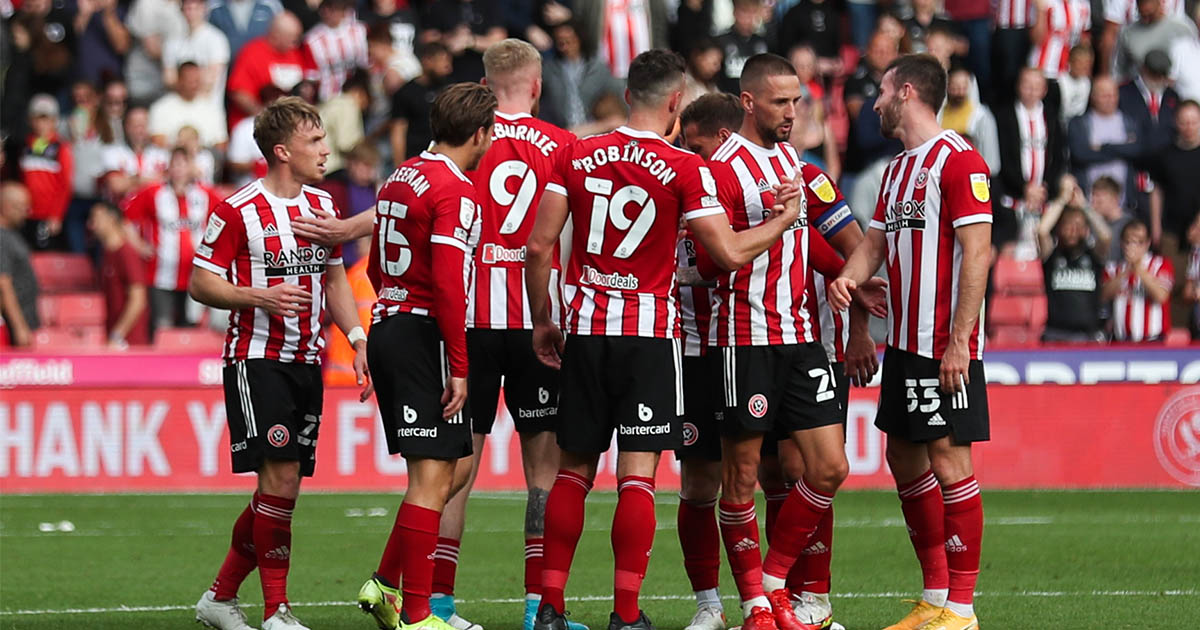 The Championship returned this weekend and it certainly didn’t disappoint, we’ve compiled our team of the week for gameweek six.

GK: Simon Moore (Coventry)
The goalkeeping performance of the week has to go to Coventry’s Simon Moore who was absolutely fantastic in their 2-0 win over Middlesbrough.

His particular highlight came early in the second half when he pulled off a ridiculous triple save to keep the game at 0-0. Throughout the afternoon the goalkeeper made five saves and was more than deserving of a clean sheet.

DEF: Fankaty Dabo (Coventry)
Coventry’s wing-back was fantastic throughout the afternoon as he had the task of keeping Middlesbrough’s Isaiah Jones quiet.

He made five tackles as well as completing three successful dribbles and produced one key pass.

DEF: Kyle Bartley (West Brom)
Kyle Bartley gave the Baggies the lead against Millwall with a superb looping header after a pin-point cross from Conor Townsend.

As well as his goal he was also key for West Brom at the back; he blocked two shots and also made six clearances.

DEF: Marc Roberts (Birmingham)
Marc Roberts dealt with everything that Derby threw at him in their Friday night fixture as he helped Birmingham keep their fourth clean sheet of the season.

He won all five of his aerial duels and also made four clearances as Birmingham picked up all three points.

DEF: Jordan Zemura (Bournemouth)
The 21-year-old full-back won Bournemouth’s player of the month award for August and he picked up right where he left off in this one, scoring two goals as Bournemouth eased their way past Barnsley.

His second goal was particularly impressive as he eased his way around two Barnsley defenders before calmly slotting it into the back of the net.

MID: Josh Bowler (Blackpool)
Josh Bowler scored one of the goals of the weekend as he squeezed his way past two Fulham defenders to give Blackpool their first win of the season.

🍊 No player in the EFL has completed more successful dribbles than Blackpool’s Josh Bowler so far this season (20) #UTMP pic.twitter.com/v2PSWpYZmT

MID: John Swift (Reading)
In the absence of Lucas Joao and Yakou Meite, the goalscoring onus has fallen onto the shoulders of John Swift and the creative playmaker has been more than willing to take on the role.

Although his hat-trick wasn’t enough to secure all three points this time for Reading, he was undoubtedly the best player on the pitch.

MID: Iliman Ndiaye (Sheffield United)
Watching Sheffield United this weekend, you wouldn’t have thought they were the league’s lowest goalscorers coming into this one as they put six goals past Peterborough.

Their star man in the middle was 21-year-old Iliman Ndiaye, who was making his full debut for the club; he scored twice and set up another on what was a fantastic afternoon for the youngster.

He scored one of the goals of the weekend as he smashed one into the top corner as well as setting up the opening goal of the afternoon.

FOR: Billy Sharp (Sheffield United)
Billy Sharp is usually known for the goals he scores, but this weekend he turned into the provider as he picked up three assists in the Blades’ emphatic 6-2 win over Peterborough.

He led the line superbly and has shown so far this season that even at 35, he’s still got plenty more to give.

FOR: Viktor Gyokeres (Coventry)
The Swedish striker led the line brilliantly in their 2-0 win over Middlesbrough as he took the ball around Joe Lumley to make it 1-0, before setting up Martyn Waghorn for Coventry’s second of the afternoon.

Gyokeres has started the season well with three goals and two assists to his name already.