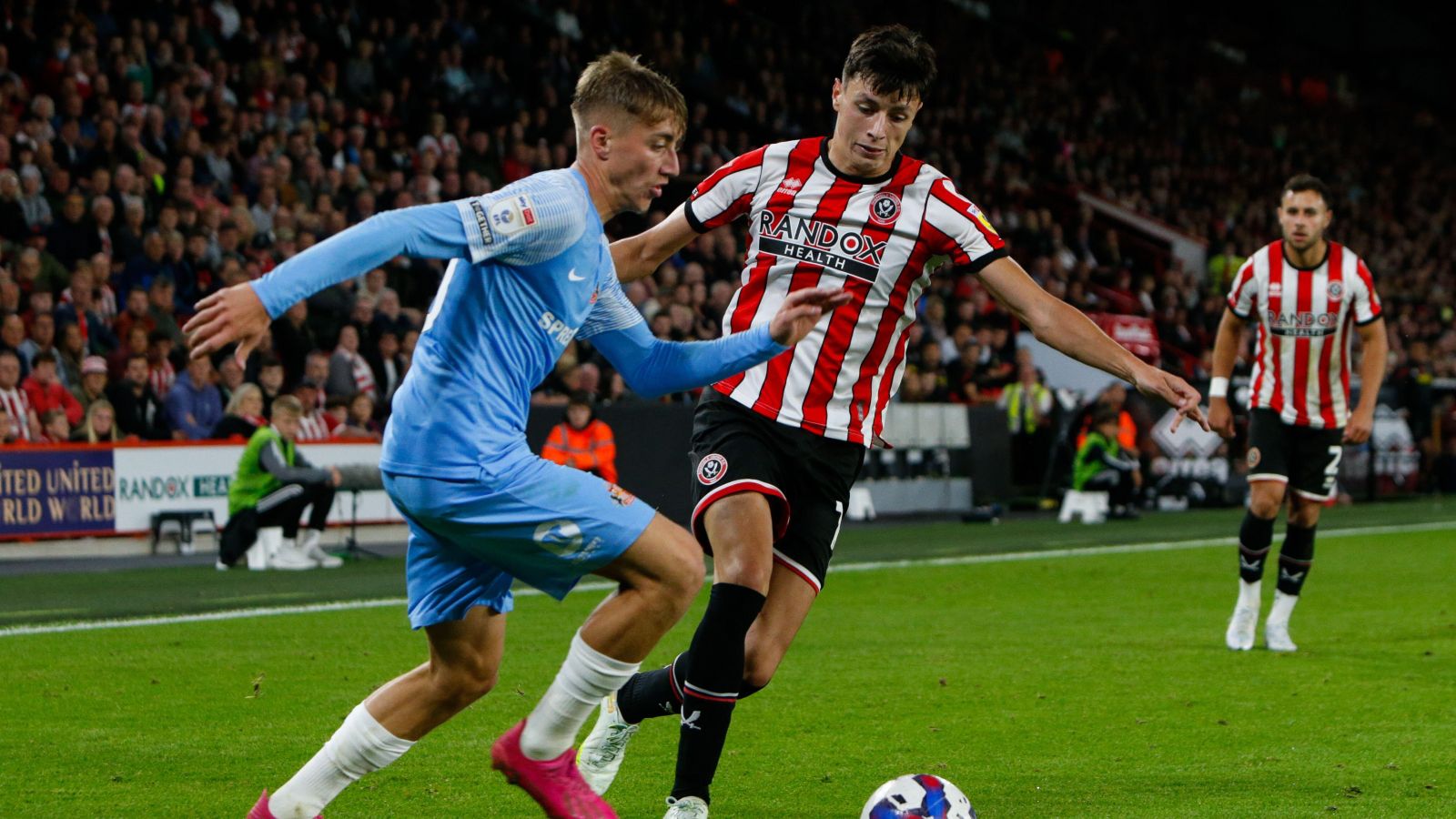 Sheff Utd have been bloody good so far and three of their stars are in the team of the season (after ten games). Sunderland are also represented well, mind.

As always, this team is based on WhoScored player ratings…

GK: Viktor Johansson (Rotherham United) – 7.1
Newly promoted Rotherham United have been a surprise package this season as they sit eighth in the table with a game in hand.

Their now-former boss Paul Warne benefited from this ascension as Derby County have tempted him away from the South Yorkshire outfit with a four-year contract and the lure of managing a bigger club, albeit in a league below.

Under Warne, one of Rotherham’s major plus-points this season was their solid defence. Ex-Aston Villa and Leicester City ‘keeper Johansson has been key to their success, keeping five clean sheets in nine games.

RB: James Bree (Luton Town) – 7.1
Luton have made a ponderous start to the new campaign, but you would expect them to compete for a play-off spot under the short-tempered but brilliant Nathan Jones.

Luton’s wing-backs – with Amari’i Bell on the other side – are vital cogs in their armoury down the flanks.

Bree is yet to miss a Championship game this season and the ex-Aston Villa man will be keen to carry on assisting Carlton Morris, who is coming into his own at Kenilworth Road.

CB: Anel Ahmedhodzic (Sheffield United) – 7.5
Now for one of the most predictable inclusions in this XI. The Bosnian has been a revelation this season and is a no-brainer in terms of the eye test and the statistics.

Ahmedhodzic has a case to be the Player of the Season in the Championship so far and he is spearheading Sheffield United’s pursuit of promotion.

Should the Blades drift away and miss out on the big time, the centre-back should not fear; he will be a Premier League player in no time.

It would be handy if their forwards pulled their fingers out, but at least their defenders are doing their job damned well. Storey has been the pick of the bunch so here he is.

LB: Max Lowe (Sheffield United) – 7.3
Wing-backs are integral to how Sheffield United played under Chris Wilder, and this has continued during Paul Heckingbottom’s tenure.

They are spoilt for choice in that area, with Rhys Norrington-Davies more than capable of taking Lowe’s place in the team when needed.

Greece international George Baldock (yes, you read that correctly) is equally as important on the right. Lowe did not get a fair crack as a Premier League player last time around, though he is on track to finally put that right.

RM: Ilias Chair (QPR) – 7.3
Chair is another unsurprising inclusion. The 24-year-old has made great progress in recent seasons, and he really should already be in the Premier League.

But his continued presence at QPR is to the detriment of their rivals, as he has grabbed three goals and five assists in just ten outings.

The Morocco international is one of the Championship’s special talents who is on for a breakout season under Michael Beale.

CM: Ollie Norwood (Sheffield United) – 7.7
The Blades have been the league’s best team in the early stages and Norwood’s continued calm presence in midfield has been an immense help.

A supreme worker in this league, Norwood’s strong performances are as predictable as Neil Warnock coming out of retirement for one last job.

CM: Josh Brownhill (Burnley) – 7.4
The Clarets lost most of their better players in the summer, with Brownhill one Premier League-calibre performer who did not jump ship.

Burnley focused on recruiting from the Football League while they were in the top flight and Brownhill made his name at Bristol City.

His quality at this level has been on show in recent weeks and his experience will be important for Vincent Kompany’s young and enthusiastic team.

His career looked to be on the downturn when he joined Sunderland, but credit to him because he is now back close to his best.

The Black Cats have made a seamless transition back into life in the Championship and Clarke has been close to unplayable at times. Still only 21, there is much yet to come from the Englishman.

ST: Ross Stewart (Sunderland) – 7.8
The step-up from League One to the Championship has caught out quite a few players down the years. But Stewart is one who has taken this move up in his stride.

24 goals in League One last term pushed Sunderland to promotion and he already has five in seven games this season.

Stewart is now set to miss several weeks through injury, which is a shame after his sensational start. But if he continues where he left off when he returns, Sunderland will have a fight on their hands to keep him long-term.

ST: Joao Pedro (Watford) – 7.4
I mean, fair f*cks to Watford, Pedro signing a new contract until 2028 is better than any signing they could have made in the summer.

Newcastle United and Everton looked to sign him but clubs will likely have to pay a lot more than £30m to get him now.