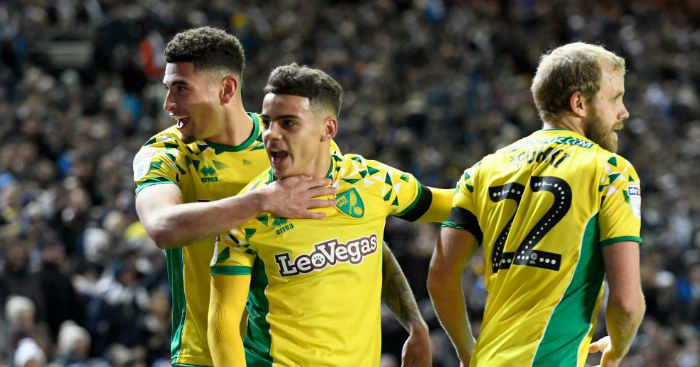 “[Promotion] is not realistic because there are bigger clubs with bigger names.”

Those were Daniel Farke’s words in mid-December, when his Norwich side were already top of the Championship table. Two months later, they are still there. You wonder if reality is starting to sink in yet.

After failing to secure immediate promotion from their relegation from the Premier League in 2015/16, Norwich were not in a great state. Neither Alex Neil nor Alan Irvine were able to lift them even into the playoff spots as Norwich finished eighth.

Presumably, they looked at Huddersfield’s successful playoff campaign and thought: ‘let’s just do what they did’. So, just as the Terriers had done in appointed David Wagner (and would do again when they appointed Jan Siewert as Wagner’s successor), off Norwich went to get the manager of Dortmund’s reserve side, the imaginatively-named Dortmund II: Electric Boogaloo.

The appointment did not yield immediate results. Norwich finished 2017/18 six places further back than where they had started, down in 14th. But to their credit, they decided to retain the German, recognising that the financially-necessary sales of Alex Pritchard and Jacob Murphy to newly-promoted Huddersfield and Newcastle respectively had played a large part in their difficulties.

Last summer, they again lost two of their best players, with James Maddison leaving for Leicester and Josh Murphy heading to Cardiff. Canaries fans would have been forgiven for coming into this season expecting another year of mediocrity. Bookies had them almost as likely to be relegated (10/1) as to be promoted (7/1), let alone win the league (20/1).

Yet here they are, still top after a 4-0 away win over relegation-bound Bolton. Unsurprisingly, Finnish striker Teemu Pukki featured on the scoresheet: this was his sixth successive goalscoring outing, and his brace puts him top of the Championship scorers table with 23.

If Pukki can get another nine goals in the final 13 games of the campaign, he will break the club record for most league goals in a single season, a record currently held by Ralph Hunt, who hit 31 in the Division Three (South) in 1955/56. Nine in 13 may sound slightly ambitious, but if Pukki were to maintain the rate of scoring he has established this season, he would get them, maybe even 10.

That may give the misleading impression of a side buoyed by a striker in the form of his life, and a look at the 28-year-old’s career stats suggest he does have a bit of a case of the Marco Negris.

While that certainly doesn’t hurt, it does mask the excellent work Norwich are doing elsewhere on the pitch. Farke has wrung out some incredible improvements from his players this season: 12 months ago, Mario Vrancic and Marco Stiepermann often didn’t look good enough for the Championship, let alone the Premier League.

This season, they have been outstanding. acting as the central attacking fulcrums in a side capable of causing their opponents to pirouette hopelessly as Norwich pass the ball around them, working the ball towards the box at an equally dizzying speed.

That style means Norwich resemble nothing more than a Championship equivalent of Liverpool…perhaps unsurprisingly, given the provenance of their manager and those two players. Vrancic came through the youth system at Jurgen Klopp’s Mainz, Stiepermann is a Dortmund academy graduate from Klopp’s time at the club, and Moritz Leitner played under him at Dortmund.

But nor is Norwich’s success built entirely on those imports; rather, they help act as trusted generals to help impart Farke’s style on the younger members of the side: 19-year-old full-back Max Aarons, 20-year-old winger Todd Cantwell, 21-year-olds Ben Godfrey (a midfielder) and Jamal Lewis (a left-back), and 22-year old winger Emiliano Buendia have all featured regularly this season.

A run of two wins, five draws and one defeat between the middle of December and the beginning of February had threatened to precipitate a slide down the table, and Farke may have feared that reality was indeed catching up to them.

But a 3-1 victory over Marcelo Bielsa’s Leeds two weeks ago was followed by a 3-0 win in the Old Farm derby last week and it has reinvigorated Norwich’s season, despite a disappointing midweek loss at Preston from which is it now fair to say that, unlike Norwich’s most famous fictional son, they are indeed bouncing back.

Leeds could still seize control at the top – they are two points behind Norwich with a game in hand – and Sheffield United are maintaining the pressure in a hugely competitive season in England’s second tier, so Farke’s uncertainty will no doubt remain.

But as he sits on the verge of both a new contract and promotion to the Premier League, perhaps it is time he starts getting his head around a new reality.