Home Competitions Euro 2016 Championship? Wales are having a laugh…

It looked like a particularly terrible Championship game but Wales won't mind one iota. 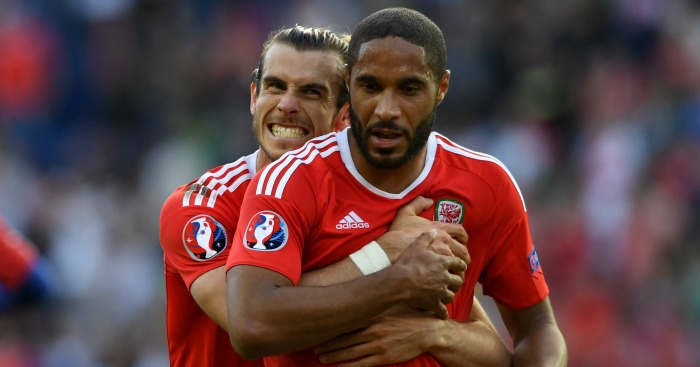 There was a point about 35 minutes into roughly a quarter of the hundreds upon hundreds of Championship matches I have covered when one journalist turns to another and says: “The quotes had better be good.”

The unsaid ending to that sentence is of course “…because the football is sh*t”. You soon get shouted down if you point it out but so often the ‘most exciting/competitive league’ delivers utterly awful football, the kind that makes you wonder if they are playing by the same set of rules as the teams at the top end of the Premier League, the kind that makes you push your fingernails into your palms just so you can feel something.

Almost anybody who has watched any amount of Championship football felt the dull ache of recognition as they sat through the first half of a Euro 2016 last-16 clash remarkable only for the ease with which Northern Ireland negated the threat of the world’s most expensive footballer. A 52.6% pass completion rate for Bale meant that he completed fewer passes than his goalkeeper. And this in a Wales side that dominated possession.

Aaron Ramsey fared a little better with his passing but he was dispossessed three times in 45 minutes, struggling to cope with the swarm of white shirts that surrounded him and Bale, with Steven Davis and Corry Evans amongst those following Michael O’Neill’s instructions to the letter. It was difficult to shake the feeling that while Wales could boast the better players, their opposition had the better manager.

Slowly, Wales got better as they were afforded slightly more space, with Chris Coleman restoring some faith with early and effective substitutions. On 53 minutes they created their first chance; on 58 minutes they had their first shot on target as McGovern showed Joe Hart how to deal with a pretty ordinary free-kick; on 75 minutes Gareth McAuley scored their only goal from an excellent Bale ball across the box

“Watch this for a ball! What a ball! What a goal!” said Robbie Savage as his strangled pleasure noise imprinted itself on our poor eardrums. It was a pretty good ball but it was not a ball that only Bale could have produced; I have seen hundreds of similar balls even in the Championship, where the own goal would have left me cursing that my narrative would have a villain (who wouldn’t talk) rather than a hero (who would).

The headlines will largely belong to Bale because his name is beloved of both SEO experts and sports editors, but the truth is that Wales have beaten Northern Ireland in a Championship-style game that did not suit their talisman. Luckily for them, no other team still in France will play like a well-drilled Neil Warnock side. And for that reason Wales have a half-decent chance of going even further.