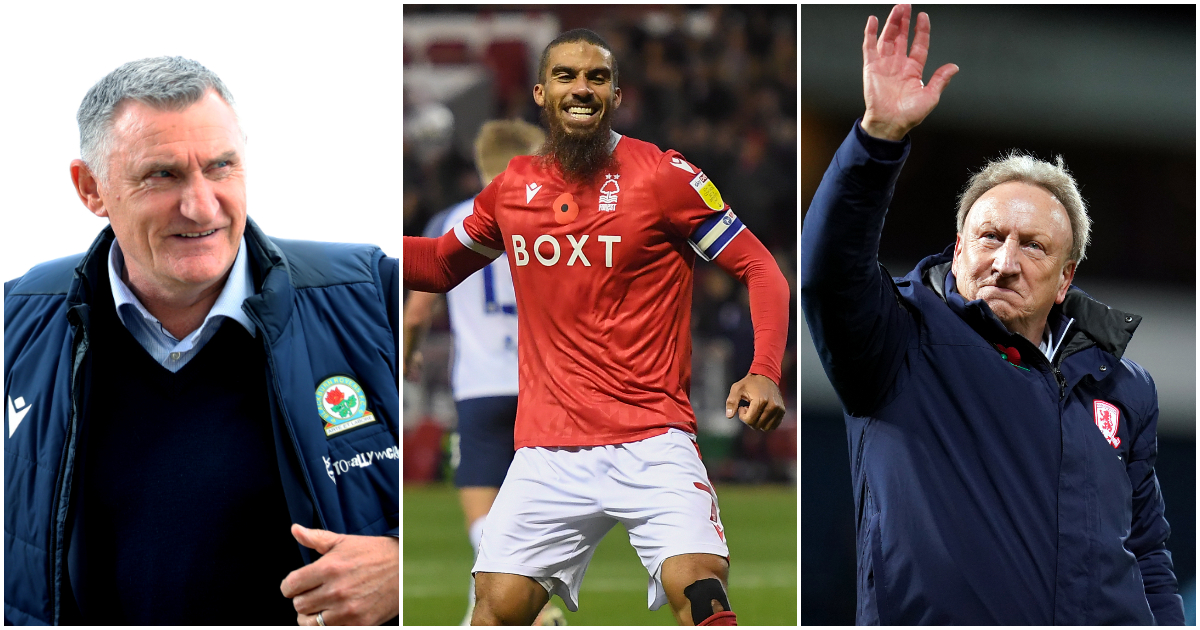 Blackburn and Tony Mowbray bounce back, but will it do him any good?

Tony Mowbray
Such is the virulence of modern football fandom that a well-earned and hard-fought comeback victory for Blackburn Rovers has done little to stem the bad will that has flowed towards manager Tony Mowbray over the past few weeks and especially since the 7-0 thrashing at the hands of Fulham in midweek.

But in recovering from a second-minute deficit to defeat lowly yet well stocked Sheffield United at Ewood Park, Mowbray took the Lancashire side back to the brink of the play-off places to defy his critics. It has been easy to levy genuine criticism at Mowbray through much of his reign but impossible to deny how far he has brought the club, from League One promotion to one of the most exciting teams in the second tier. There are legitimate questions over whether he has taken this club as far as he can, but results such as this prove the Scot should have until at least the end of the season to finish what he started.

After a miserable much of the last decade for the former Premier League champions, Mowbray has been at the helm for the big turnaround which sees Rovers among the challengers for a place back in the top flight. Thiswas a big win in every sense of the word for Blackburn, and for Mowbray. There should be plenty more to come.

Bournemouth
This was a potential make-or-break fixtures in table-topping Bournemouth’s season following the Cherries’ first league defeat of the Scott Parker era in midweek. Tasked with a tough home match against in form Swansea City, a brace apiece from Dominic Solanke and Jaiden Anthony ensured a return to winning ways and league dominance in the most comforting of fashions.

Defeat to Preston made for something of a reality check for previously imperious Cherries, but they needed no second bite at a return to their best selves, making short work of a pretty-on-the-eye performance from their weekend opponents. It would have been easy to roll over for successive defeats when Swansea started the game on top, but once Bournemouth took the lead  there was no looking back. They are still by far the best team in this division, and to see them drop from top spot at any point between now and May is looking increasingly unlikely.

Hull City
There was much to fear for Hull going into their Yorkshire relegation six-pointer with Barnsley, who were coming off the back of an impressive win against fellow relegation rivals Derby in midweek under the caretaker stewardship of Joseph Laumann. A second win from two such massive fixtures would have made hiring the Moroccan full time a shoo-in of a decision for the Barnsley board, but instead Grant McCann likely extended his stay with Hull City after bringing to an end a run of five straight defeats.

The lowest scorers in the division notched through two of their main men from League One, George Honeyman and Keane Lewis-Potter. The international break hasn’t come at the best time for the Tigers, but there is never a bad time to win. With McCann’s former club Peterborough losing out to Fulham, Hull are just one win from getting back above the dotted line. Given the downward spiral the club were on, that is a remarkable position to be in.

Kieffer Moore
A first win since the start of September came courtesy of Cardiff’s main man last season who has failed to even live up to the billing of glorified extra until the Terriers turned up in town. Cardiff rode their luck to the victory, but nobody can deny them some fortune after a miserable start to the campaign.

Huddersfield missed a flurry of chances but Wales striker Moore was in no mood to do likewise himself, reigniting the spirit of his personal best 2020/21 season in the final 15 minutes in the Welsh capital to end a run of six straight home defeats and a first three-point haul in 11 Championship outings. If this is to be the turning point for both club and individual, everyone connected to the Bluebirds will be riding high in the next few months.

Jahmari Clarke
With manager Veljko Paunovic’s job reportedly on the line if Reading fell to defeat in the second city, the Serbian manager had 18-year-old Jahmari Clarke to thank for not being handed his P45 before departing St. Andrew’s. That Paunovic’s job could even be called into question with an entire roster of first teamers out injured and problems off the pitch having until recently had little effect on the club’s form, seems ridiculous.

But where there is ridiculous, there is sublime. Clarke brought the latter in a fairytale afternoon which made for great celebrations for the travelling Royals, with the 18-year-old academy graduate proving that Reading can win with kids. This kid in particular is very alright.

Matty Godden
There was a statistic doing the rounds prior to Coventry City’s fixture with Bristol City that, despite the Sky Blues’ electric start to the season, they had yet to score in both halves of a single fixture this season. In this topsy-turvy home clash with the Robins, that remained true. But who needs goals in both halves when you can score three in a superb second 45.

Having ended the first half in terrible fashion, going a goal and a man down, Coventry fans would have feared the worst, but a Matty Godden-inspired second half took Mark Robins’ side four points inside the play-offs and still very much keeping pace with much bigger spenders West Brom and Fulham. Coventry have made some great memories since returning to their own city this season, and another injury time victory perhaps provided the greatest scenes yet. Don’t bet against more to come with spirit like this.

Lewis Grabban
Another two Nottingham Forest goals for Lewis Grabban under Steve Cooper, with the talismanic striker looking back to his best. After a difficult few fixtures and a slight return to earth following the ridiculously good form that came with the arrival of the former Swansea City chief. A brace in perhaps the easiest victory of Cooper’s reign to date takes Grabban to seven goals since Hughton was dismissed compared to one under the Irish manager. His rise is just as remarkable as Forest’s – 10 points clear of the bottom three and just four points off the top six. Both Grabban and Forest are headed in one direction only.

Neil Warnock
It had been a long time coming. Neil Warnock’s departure from Middlesbrough is as bitter as it is sweet – such an anti-climactic end to a stint with a club which could have produced so much more and yet allowed Warnock to break the record for EFL games managed. His record-breaking 1,602nd game was far less celebratory than the 1603rd, but it was that draw at West Brom which proved the last act of Warnock. There will of course now be the rhetoric that this is his last job, and that may prove to be the case, but it would be such a shame to see such a great career end in such nothingness.

There have been few special moments, far too much of his reign played behind closed doors, and very little improvement from where he had Middlesbrough on his first day to where he leaves them now. Working so far from his Cornwall home was always going to prove a challenge for the legendary manager, and with little reason to continue without guarantees of a promotion push. The draw to the Baggies showcased much of the good and much of the bad of Warnock’s reign, and ended up a suitable amalgamation of blandness that has been his short lasting legacy on Teesside.

Hopefully, there are better times ahead for both Warnock and Boro, but this marriage of convenience has reached an amicable parting of ways. That is for the best all round.

Valerien Ismael
It may have been Warnock who lost his job in the wake of West Brom and Middlesbrough’s draw on Saturday afternoon, but West Brom chief Ismael is not in much more secure a position. That Middlesbrough supporters were largely content to see Warnock move on from the Riverside goes some way to explaining just what another poor home performance for the Baggies this campaign has done to the mood of the Hawthorns’ faithful.

West Brom may very much be the third best side in the division, but that is their ceiling, not their floor. It has not been enough to simply win this term, and results like this are as damming as they are depressing for West Brom supporters. Not playing well and winning is just about forgivable at the top of the table, but to play the same and fail to beat midtable sides will not be allowed for much longer. With sacking season in full flow and the winter setting in, Ismael is walking on ice.

Sheffield United
What the lord giveth with one hand, he taketh away with the other. An collector’s item of a goal from Rhian Brewster looked like putting Sheffield United onto an increasingly rare good day at the office this campaign. But two minutes in was as good as it got in Blackburn for the Blades, who returned to their blunt selves from hereon in. Nearly at the halfway stage of the campaign, Slavisa Jokanovic’s side sit 18th in the Championship table and have just two wins since the end of September. The mire which has engulfed the club in the last 18 months shows few signs of slowing.

Nathan Jones
In a matchup with the club that separates two successful spells with current club Luton Town, Nathan Jones was unable to get the better of Stoke yet again, despite the Potters arriving in Bedfordshire in inconsistent form. Given just how disastrously his time in ST4 went and how much vitriol Potters fans still have for their former manager, Jones would have relished the opportunity for three points and to overtake his old employers.

He has not yet been gone too long from the bet365 Stadium as his mistakes still cause problems at Stoke, but the visiting fans left Kenilworth Road in jubilant mood thanks to recent Scotland call up Jacob Brown’s first-half strike. That’s good payback for City, but another bad day for the inconsistent Hatters, who must be driving perfectionist Jones mad.

Bristol City’s away form
After going almost the entirety of 2021 without a home victory, the Ashton Gate win over Barnsley at the end of October provided much relief and celebration. Since, successive defeats on the road, conceding three goals on each trip to the Midlands, leaves the Robins in 19th.

They are now in a vice versa situation to earlier in the campaign. Nigel Pearson’s side must hope their away form picks up before their home form drops off once more. And given what we already know about this Robins’ team…