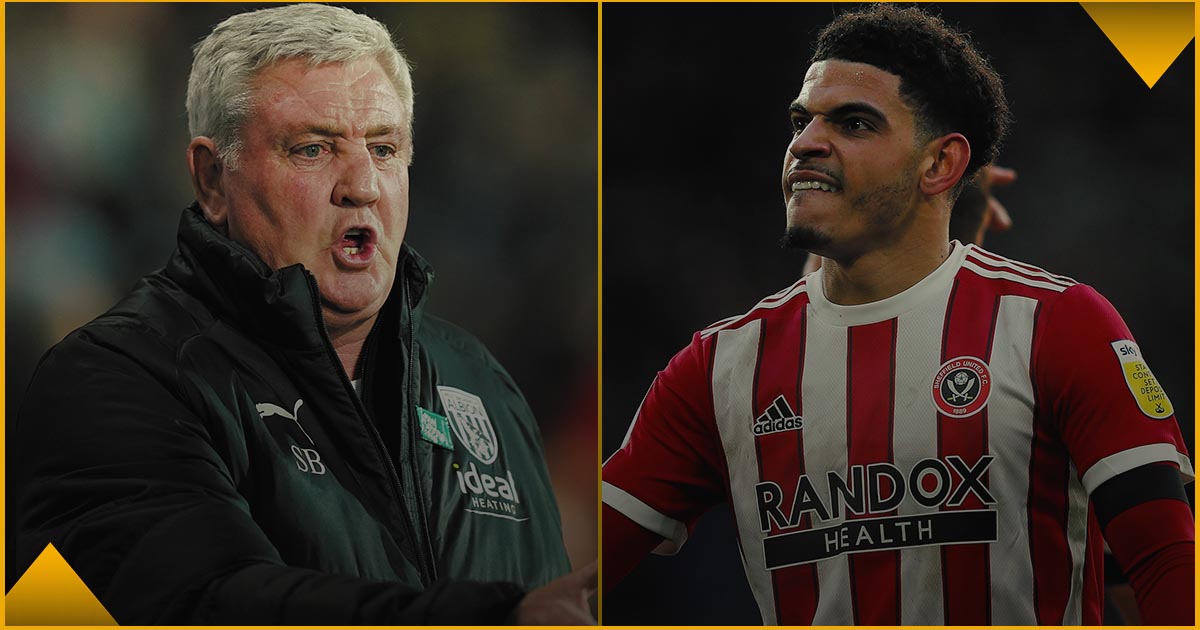 With some big games coming up this weekend in the Championship, Benjamin Bloom is here to preview all of the action, with odds from Betfair throughout.

MATCH TO WATCH – Sheffield United v Nottingham Forest and Middlesbrough v Luton
Imagine, if you will, you had the chance to rig the fixtures for Championship round 36 to give us fans the juiciest narrative possible in terms of the play-off chase. Right now, sixth place down to tenth are separated by three points and all have games in hand on those who sit third to fifth. The chasing pack contains a glorious mix of traditional big hitters Sheffield United, Middlesbrough and Nottingham Forest, as well as recently promoted but extremely well-run clubs Luton, Coventry and Millwall.

If you wanted to make life interesting you’d be able to shoehorn in two head-to-head games between these five teams and you guessed it – that’s exactly what’s happening this weekend. I’m normally required to do a ‘match to watch’ and a ‘team to watch’ in this preview but I’m going out on a limb and asking for forgiveness rather than permission to submit two of the former.

The first is the Friday night clash between Sheffield United and Nottingham Forest up at Bramall Lane. The Friday night angle gives a nice twist as Forest will know a win puts them above their opponents and into the top six, while a single point for United would send them above Luton on goal difference ahead of Saturday’s action.

Another bumper crowd expected for another big game under the lights. Be there as the Blades take on Forest tomorrow night. ⚔️👇

The story is very similar for both clubs this season, with a poor start followed by a change of manager and a chase to catch up on lost ground as quickly as possible. Under their new bosses, Steve Cooper and Paul Heckingbottom, both Forest and Sheffield United are in good form: fourth and fifth respectively over the past 12 games. Despite that there are still a few obstacles in between them and a play-off spot at the end of the season. Firstly, their early struggles leave little margin for error and any winless run of even a few games may prove fatal. Secondly, it’s all well and good being fourth and fifth in the form table but the fact that Luton and Huddersfield are ahead of the Blades and Forest in both the form and league table means nobody will be swapping positions unless there’s a change in order.

The third obstacle in the way is probably best dealt with by moving on to part two of our ‘match to watch’ double.

Up in the north east on Saturday we’ll follow seventh v ninth with sixth v eighth as Middlesbrough take on Luton. If you’ve been following along carefully you’ll know that given the close proximity of their challengers playing on Friday night, this cannot be sixth v eighth going into kick-off. I’m sure the two managers, Chris Wilder and Nathan Jones, would happily see a draw between Sheffield United and Forest on Friday and both sides drop points. That would leave the way open for either Middlesbrough or Luton to end up in sixth place by close of play on Saturday.

Both clubs were in FA Cup action against top end Premier League teams in midweek, Middlesbrough heroically beating Spurs in extra time while Luton did themselves proud in a narrow defeat at home to Chelsea. Probably the more pertinent recent results will be Boro’s defeats to Barnsley and Bristol City, the sort  that will scupper a play-off push if they become the norm. Those losses were away from home and Boro will be at the Riverside, where that Spurs victory was the latest in eight straight wins. What a weekend we have in store, with the fixture computer throwing us a beautiful double header.

MANAGER TO WATCH – Steve Bruce (West Brom)
I’m a pretty literal guy, so when I hear people say ‘it couldn’t have gone much worse’ I like to pedantically analyse the statement. But in the context of Steve Bruce’s tenure so far at West Brom, ‘it couldn’t have gone much worse’ feels pretty much bang on the money. Bruce has been in charge for five games, losing four and drawing one. Outside of swapping that single draw for a clean sweep of defeats, the bar could not be lowered much further.

However you want to slice it, it’s been a dreadful start for Bruce. His appointment five games ago, along with new CEO Ron Gourlay, was met with a fair amount of suspicion from Baggies fans and neutrals alike. As if the poor league form wasn’t enough to cope with, West Brom fans have been experiencing plenty of schadenfreude from Newcastle and Reading fans keeping watch over the two former employees of their clubs now in high-ranking positions at the Hawthorns.

To be fair to Bruce, West Brom won only one of their last eight games under outgoing boss Valerien Ismael and that was at home to bottom-placed Peterborough. Not to say Bruce shouldn’t be doing better with a squad relegated from the Premier League last season, but the rut had clearly set in before he arrived. The talk surrounding the hire of Bruce was about a quick return to the Premier League, yet West Brom have dropped into the bottom half with a host of teams ahead of them in far better form.

He’s been there and done it before in the Championship, but this season looks just a few games away from being done already for Bruce and West Brom. An away fixture at Hull this weekend looks fairly friendly, but with the following two games against third-placed Huddersfield and leaders Fulham, a sixth winless match could easily turn to eight and this mid-season managerial change could look even more of a disaster than it does already.

West Brom need yet another rebuild after a collapsed ‘project’

PLAYER TO WATCH – Josh Bowler (Blackpool)
Blackpool have been a fine addition to the Championship after promotion via the League One play-offs last season. We’ve mentioned the excellent work of Luton, Coventry and Millwall with reference to the play-off chase; Blackpool currently sit just two points off the top half with 12 games remaining. The conversation around Blackpool’s success normally rightfully pivots straight to the touchline and the tremendous job being done by manager Neil Critchley, but on the pitch his team has also stepped up.

Not far from Critchley’s vantage point in the technical area, one can find Blackpool’s Josh Bowler. Critchley is a bit of a throwback and his old school 4-4-2 team shape gives Bloomfield Road a chance to see two wingers, including Bowler with chalk on his boots down the right-hand side. Bowler will be 23 this Saturday and after spells at QPR, Everton and on loan at Hull, he looks settled for the first time in his young career. Settled would probably be understating things: he’s excelled at Championship level and from what we understand his agent fielded a fair few enquiries during the January window.

Bowler stayed put at Blackpool in January, as the potential Championship winger market involving Forest’s Brennan Johnson, Millwall’s Jed Wallace and Hull’s Keane Lewis-Potter never quite exploded into action as we thought it might. What has exploded since the window shut is Bowler’s form and his goal against Reading in last weekend’s win was his fifth in seven games. Blackpool have a man in form and as a team they should be able to play with freedom for the rest of the season given the certainty of their survival. If Bowler can head towards double figures for goals scored then his agent’s phone might be ringing even hotter in the summer than it was in January.