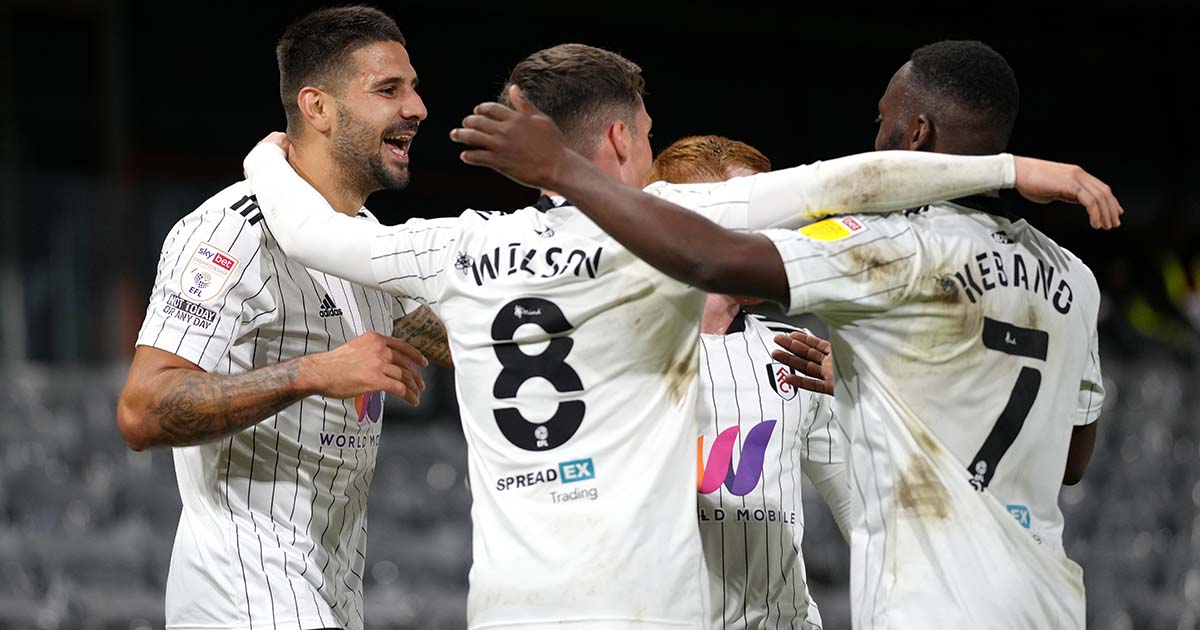 After the international break we’re jumping back into the Championship and Benjamin Bloom is here to give you all of his predictions, with odds from Betfair throughout. Make sure to submit your predictions and get involved with the Football 365 Championship predictor game.

Derby v Bournemouth
Given the news this week at Derby it would take the mother of all reactions to take anything against league leaders Bournemouth. Derby did show great siege mentality to beat Stoke after administration was confirmed, but I think the Cherries will be too strong this time.

Fulham v Barnsley
New Barnsley boss Poya Asbaghi has been given the nice bonus of starting work on Monday and won’t be in the dugout for this one. Fulham have been rampant and I can see that continuing, especially after Mitrovic’s international break heroics for Serbia.

Huddersfield v West Brom
Although West Brom have a highly viable points total in third place, there’s a sense that Fulham and Bournemouth are stretching away. Huddersfield may have dropped off a little from their top six form but have continually surprised me this season and are still more than capable of getting something out of this one.

Sheff Utd v Coventry
It feels a little bit like Sheffield United are my new Stoke this season, but however stodgy their form is I still expect an upward trend to come at some point merely due to the quality in the squad. I’m probably walking into another dodgy prediction here, but given Coventry’s fourth is mainly predicated on excellent home form, I’ll play my joker and back the Blades.

QPR v Luton
This one should be a good game of football and I’m going for a surprise in terms of the league table. Whilst QPR are excellent on the ball, they are open, and I wonder if Luton’s good speedy attacking play and high chance creation can win the day.

Bristol City v Blackburn
Sorry Bristol City fans, but I’m going to go for more home misery, despite the fact the Robins broke their winless streak at Ashton Gate recently against Barnsley. Blackburn have goals in them and I’m going for a pretty high-scoring away win.

Middlesbrough v Millwall
It’s a big welcome back to Chris Wilder who oversees his first game as Boro boss at home to Millwall this weekend. Millwall are stubborn opponents so I don’t think there will be too much in it and will go for a close win for Wilder on his return.

Swansea v Blackpool
Big picture the form is good for both these sides, but Blackpool’s impressive start to the season has just tailed off the past two games and Swansea had a bit of a chasing at Bournemouth last time out. I think I’ll go for a single-goal victory for the home side in this one.

Reading v Forest
Most of the numbers in the clash between Reading and Forest point towards the away team being victorious, then there’s the psychological impact of the Royals’ recent six-point FFP deduction which can go either way. Despite things pointing towards Forest I have a strange hunch that Reading won’t lose.

Hull v Birmingham
Form turned on its head for these two in the last game before the break, Hull picked up a vital win in the six-pointer at Barnsley, whilst Birmingham’s winning streak ended at home to Reading. I’m working under the assumption that things will return to how they were in the intermediate period before and land on the away side for this game.

Preston v Cardiff
I seem to have got all the way to the end of these predictions without playing my nil-nil card, so I’ll throw it in here on Steve Morison’s first game as the permanent boss at Cardiff.