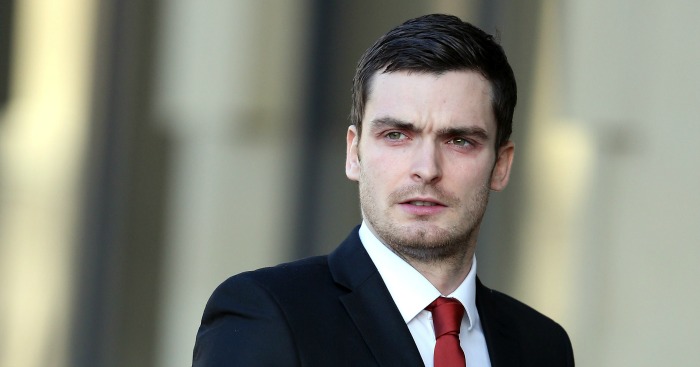 Adam Johnson deserves a second chance at his football career, according to a charity for people with criminal convictions.

The former England international is believed to have been released from prison after serving three years for child sex offences.

It is expected that Johnson will find it very hard to find a route back into English football, while his conviction would make playing abroad difficult.

But Christopher Stacey, the co-director of Unlock, believes Johnson should not be prevented from returning to his job.

“The media fascination with Adam Johnson says less about him and his crime and more about us as a society. Do we want people to be punished forever?

“All the evidence shows that re-offending is reduced where people have stable accommodation and sustainable employment. This shouldn’t be about a ‘disgraced footballer’, it should be about making communities safer.”

Johnson, a former winger for Sunderland, Manchester City and Middlesbrough, was sentenced to six years for engaging in sexual activity with a besotted 15-year-old fan in 2016.

The vehicle was followed out of the prison complex by a police van.

Johnson admitted kissing the girl but denied her claim that he touched her inside her pants and that she then performed oral sex on him.

A jury found him guilty of sexual activity with a child in relation to “digital penetration” but cleared him of the same offence relating to the oral sex.

He had already admitted another charge of sexual activity with a child in relation to kissing and also of grooming the girl.

The judge said Johnson had lied repeatedly, referring to the controversy over whether he delayed his guilty pleas to enable him to continue his £60,000-a-week career with Sunderland.

As a sex offender, Johnson will have to register his address and bank details with police and inform officers of any intention to travel abroad.

The children’s services department from the local council may also carry out risk assessments in relation to Johnson’s daughter Ayla, and could prevent Johnson from spending time alone with his daughter.

Speaking briefly at Johnson’s home, his father Dave agreed it was good to have him back.

Mr Johnson said his son may make a statement later and asked reporters to leave.

The father was seen driving off in a blacked-out people carrier minutes later, past photographers waiting at the top of the private lane.