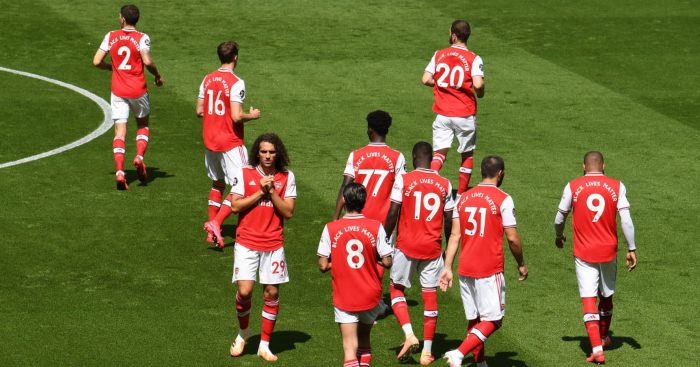 Charlie Nicholas feels sorry for Emiliano Martinez and any goalkeeper having to play in front of the current back four at Arsenal.

Arsenal have now dropped to eleventh after the latest fixtures and their two defeats mean they have only won nine of their 30 Premier League matches this season.

And Nicholas thinks the Gunners are in “an absolute mess” from back to front, he told Sky Sports: “I thought Emiliano Martinez did well when he came on [against Brighton], but tell me any goalkeeper who could play behind this back four? They are left so exposed.

“Martinez slightly got it wrong for the last goal but did not play badly at all. I cannot work out where a result is coming from for Arsenal at the minute.

“Pierre-Emerick Aubameyang looked more lively, and I do like Alexandre Lacazette but he was out of sorts. He has to earn the right to play and he is not doing enough.

“Nicolas Pepe scored a great goal but is not doing enough either. Eddie Nketiah will probably get a nod again and I do not have a problem with that.

“How do you work it out for Arsenal? The defence is poor – Mikel Arteta left Kieran Tierney out, but he does need games to get fit. He needs games to get confidence, but how do you get that in this defence? He has been brought into this.

“I do not know what his midfield selection is. Matteo Guendouzi is a talent but he needs experience with him, while Dani Ceballos is good on the ball but not without it, and we are in an absolute mess at the minute.

“We do not usually get something at Southampton and the top four is long gone, but I would be grateful for yet another draw, just to get a point on the board.”