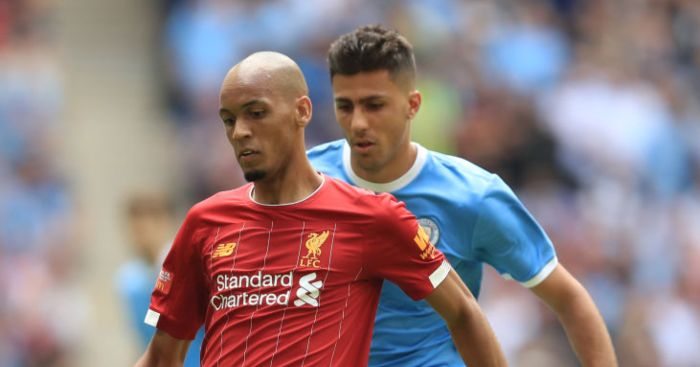 Charlie Nicholas has picked Rodri ahead of Jordan Henderson and Fabinho in his Premier League team of the season, explaining that the Manchester City midfielder has more “all-round play” than the Liverpool pair.

Rodri has impressed in his debut season at City after joining from Atletico Madrid in a club-record £62.8million deal, but Pep Guardiola’s side have lacked the edge that took them to a second successive title last term.

Indeed, City’s defeat to Manchester United in their last game was their seventh of the campaign, the most matches Guardiola has ever lost in a single league season as a coach.

The reigning champions can still reach 87 points – a total well worthy of title glory in recent seasons – but Liverpool, already on 82, need two wins to clinch their first title in 30 years.

Henderson and Fabinho have been influential for their side, with the latter scoring against City at Anfield, and the former has received calls to be crowned the Player of the Year.

Writing in a column for Sky Sports, however, Nicholas explained why Rodri got in ahead of the Liverpool pair, with Kevin de Bruyne and Jack Grealish the pundit’s other choices.

“I look at Wilfred Ndidi and James Maddison, who have had a very good three or four months. Does it make them better than Rodri, who in my opinion the best holding midfielder in the country at doing that?” he said.

“Fabinho is close to him, but think Rodri has more in terms of all-round play.

“Part of me does think a Leicester or Wolves player should be in there. Joao Moutinho has been brilliant. They bring more than just being an individual for their team.”

Liverpool also dominated up front with Sadio Mane and Roberto Firmino – who have scored 22 goals and assisted 16 others between them in the top flight – joined by Arsenal’s Pierre-Emerick Aubameyang.