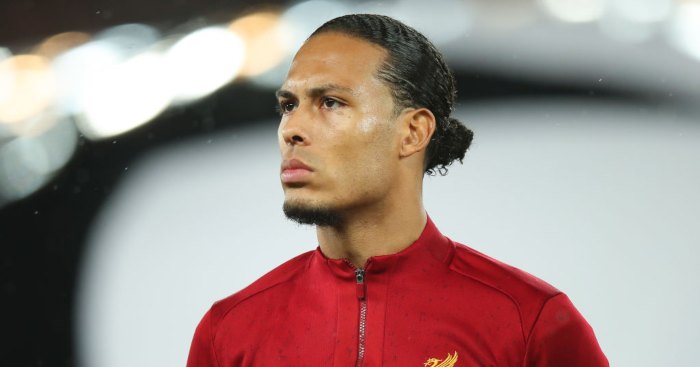 Liverpool have catapulted themselves into a 25-point lead at the top of the Premier League table with Van Dijk marshalling a backline that has conceded only 21 goals.

Van Dijk finished runner-up to Lionel Messi in the 2019 Ballon d’Or and was named PFA Players’ Player of the Year last season but Nicholas doesn’t think he’s matched those high standards this term.

“Has he been as good as last year? No. He looks cumbersome and sluggish at times, but his pace can rescue him,” Nicholas told Sky Sports.

“He has pace and purpose on the ball, while having a great awareness of danger. He never jumps in and rarely dives in.

“If someone is really quick, they may have a chance, or if a player is tricky, they could send him the wrong way, but he stands up and asks them to do something, meaning the player would normally lay it off. He has an authority within the game.

“Is he as good as what people think? Yes, he is that good. People are scared to test him. Little balls in behind can make him vulnerable, but who isn’t? He is a leader and has such a response of being on the ball, whether it be 10 yards or 60. He is good in the air both in attack and defence, he has to be in the team of the season.”