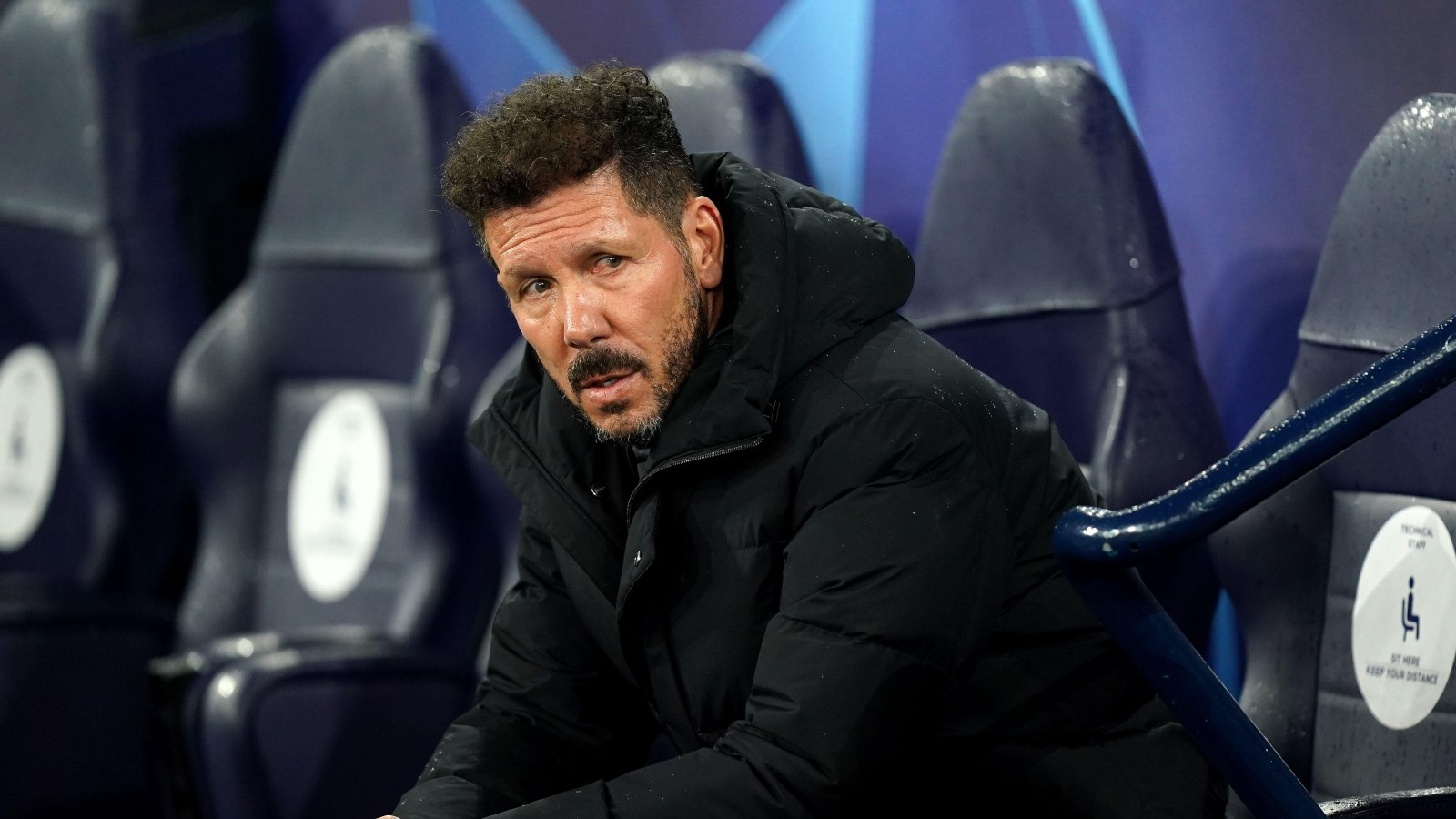 Atletico Madrid boss Diego Simeone has hit back at critics of his defensive style as he attempts to engineer a Champions League comeback against Manchester City.

Simeone has found himself in the firing line over his side’s performance in their 1-0 defeat in the first leg of their quarter-final against the Premier League leaders at the Etihad Stadium last week.

On that occasion Atletico showed little attacking intent and spent most of the game sitting back in the hope of frustrating Pep Guardiola’s men.

Former Italy and Atletico manager Arrigo Sacchi and Dutch great Marco Van Basten have been among the high-profile critics of Simeone’s style and the Argentinian himself is unimpressed.

“I’ve been a coach since 2005-06 and I’ve never talked down to a colleague of mine or talked badly,” said Simeone at a press conference ahead of Wednesday’s second leg against City at the Wanda Metropolitano.

“I always try to get in the other coaches’ shoes and there’s different ways of expressing what you think and what you believe in every game.

“When you don’t show appreciation for a colleague, I don’t really share that, but there are opinions of every journalist, every ex-player and people who haven’t played the game for a while, and they want to say a different thing.

“Talk is cheap, talk is free and everybody can talk. We all have our opinions but I don’t talk badly of colleagues. I always respect my fellow coaches.”

Simeone’s damage limitation exercise in Manchester was successful for 70 minutes until being undone by substitute Phil Foden, who teed up Kevin De Bruyne for the only goal.

They will need to be more adventurous this time – they did not muster a single shot on goal at the Etihad – but Simeone does not intend to veer much from a formula that has proved successful in the past.

The Spanish champions will again look to take the sting out of the game and then hope to pounce through the likes of Joao Felix or Antoine Griezmann. Luis Suarez, who did not feature last week, is another option.

Yannick Carrasco could also bolster the midfield after completing his suspension.

“They make the most of every little space they find but we have the excitement and eagerness and whatever we can generate.

“Obviously excitement alone will not do, we will need to prove something else on the pitch to make the most of our style, but we will try to play.

“We are not going to go too far from what we normally do. We will go for the perfect timing to try to create what we can do. Anything can happen on the pitch.”

Atletico have reportedly appealed to the Court of Arbitration for Sport after being hit with a partial stadium closure for the game.

UEFA, European football’s governing body, announced the sanction on Tuesday for discriminatory behaviour by fans during the first leg. Some supporters were caught on camera appearing to perform Nazi salutes.

Simeone did not confirm an appeal but said: “We would like our fans to be there because it is an important game. I hope we can sort everything out so it is even for both teams and we can have all fans present.”