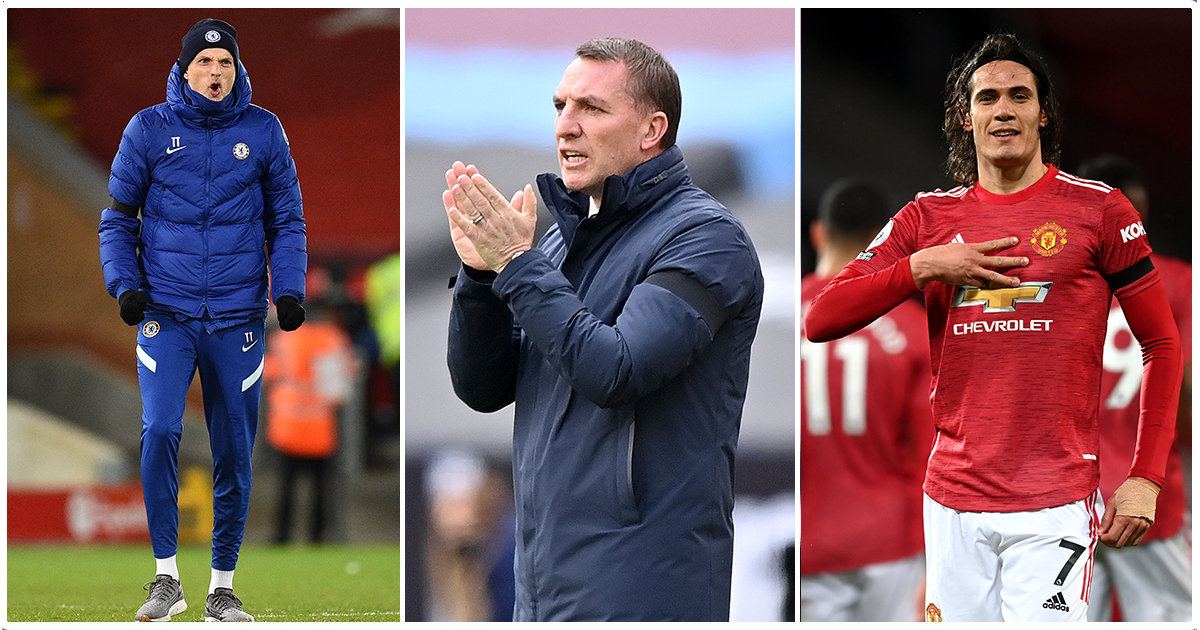 Cheeky is here to preview this weekend’s FA Cup semi-finals and the five remaining Premier League games. If you like all of Cheeky’s picks, Paddy Power’s Acca Insurance will refund all punters whose 4+ bet accumulators are let down by just a single selection.

Chelsea v Manchester City
FA Cup semi-final time again and this one looks a cracker. I can see why Man City are odds-on to win in 90 minutes, but for me Chelsea look a value punt at 7/2. Thomas Tuchel has genuinely worked wonders at Stamford Bridge since taking over from Frank Lampard. The Chelsea that were blown away by Man City in the Premier League just three weeks before Lampard was sacked is unrecognisable from today’s side, even though Tuchel has been unable to make any major moves in the transfer market. His tactical moves have been crucial, however. Tuchel’s switch to a 3-4-2-1 formation has been inspired. Manchester City come into this just days after playing a crunch Champions League match in Germany and even their famously strong squad could be feeling the strain of a long season competing on multiple fronts. Pep still has eyes on an unprecedented Quadruple but I fancy Chelsea to throw a spanner in the works by winning at Wembley.

Leicester City v Southampton
Saints boss Ralph Hasenhuttl branded his side’s display against West Brom as a “non-performance”. To be fair to Hasenhuttl he did well to call it anything without swearing. That Baggies capitulation was Southampton’s 11th loss in 14 Premier League outings. The Foxes just look stronger in all departments here and can lock in a first FA Cup final appearance for over 50 years on Sunday. Incidentally, are Leicester the biggest club never to win the famous old trophy? Four FA Cup finals, four defeats: 1949, 1961, 1963 and 1969. It is the one major domestic trophy still to elude them after that epic Premier League triumph but I will be massively shocked if they don’t roll right over Southampton here.

Everton v Tottenham
Everton put in another p**s-poor attacking display against Brighton on Monday night, and with the Goodison injury list increasing it’s all looking at bit grim at the moment. The Toffees have failed to score in three of their last five matches and Harry Kane’s ‘Champions League or I’m off’ ultimatum could galvanise Tottenham here, who have a good recent record against the Blues. I guess what I’m saying is, in a world where you can be anything, back Spurs.

Newcastle United v West Ham
I’ve hammered Steve Bruce on these pages all season but the big fella looks like he’s going to have the last laugh and torpedo all my ante-post Accas that have Newcastle to be relegated. The natives on Tyneside are still not happy given the style of play but credit where credit is due. If he keeps them up he’s achieved his goal for the season. Job done. West Ham travel to St. James’ Park this weekend bang in form. Moyesie’s mob have won three of their last five league games and sit proudly in fourth in the Premier League table. Evens about the away win looks a gift but be warned: I also thought Burnley were a knocking bet to beat the Toon last Sunday. Allan Saint-Maximin was the difference at Turf Moor and the Mags need to wrap him in cotton wool between now and the end of the season as he’s a pure baller. However West Ham have their own talisman right now and his name is Jesse Lingard. He’s so good they reckon Cristiano Ronaldo has a JLingz poster in every room of his Turin mansion.

Wolves v Sheffield United
The Blades are cast adrift at the bottom of the table. It’s been a stinker of a season with them picking up just 14 points from 31 matches. Parting company with Chris Wilder had failed to inspire an upturn in fortunes (surprise, surprise) and their fans will soon be mathematically put out of their misery as relegation is confirmed. Wolves to grind out a win and a clean sheet here.

Betting: Wolves to win to nil at 7/5 (Paddy Power)

Arsenal v Fulham
It’s looking grim for Scotty Parker. Fulham have won just five games all season and are 4/1 shots to win at Arsenal this weekend. Not sure they will be queuing round the block outside of Paddy Power shops to back that. Even allowing for the Gunners’ erratic form this season this should be a home win. Mercurial Frenchman Alexandre Lacazette has five goals in his last six Premier League outings, so let’s not overcomplicate this and simply row in with a nice few quid on Lacazette to score first. Chateauneuf du Pape, as they say in Islington.

Manchester United v Burnley
Roy Keane and Jamie Redknapp going at it last Sunday was pure box-office. Redders looked fuming. Say what you want about Keano but he makes his fellow pundits earn their money by shutting down those lazy statements and cliches they often love to trot out. If Sky could somehow sign Mark Lawrenson they could put them both on as PPV. It would do serious numbers, trust me. The Red Devils bagged a crucial win at Spurs and look to have second place sewn up now. They won’t be celebrating second with an open top bus tour around Manchester but it’s definitely progress. Ole Gunnar Solskjaer is working his magic at Old Trafford. No ego. Chirpy. He’s all about the team and has worked wonders under testing circumstances. Edinson Cavani looked really sharp in that win at Spurs. He’s 11/10 to score anytime against Burnley. That’s straight smut.