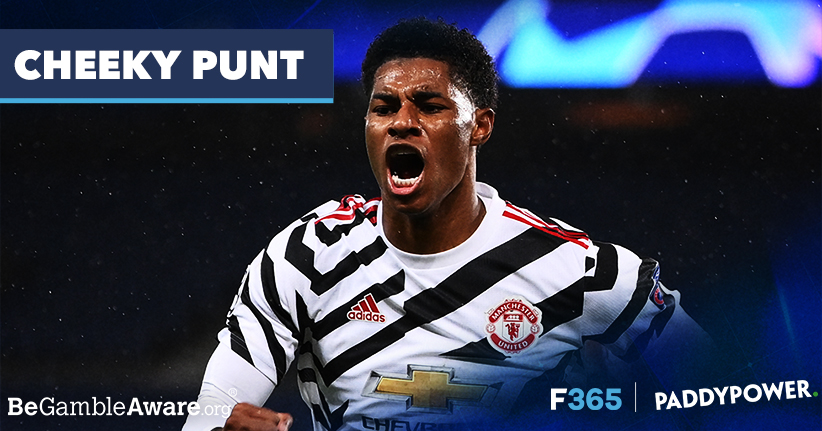 Cheeky doesn’t see much in the way of shocks this weekend. If you like all his tips, Paddy Power’s Acca Insurance will refund all punters whose 4+ bet accumulators are let down by just a single selection.

2020 has been mad crazy thus far and the craziness is set to continue on Friday night when Aston Villa go top of the league to continue their perfect start to the season. Dean Smith’s side have been saucy movers so far and look a solid bet at 13/10. I also expect Jack Grealish to play a starring role once again. The Villa playmaker has been flying since the new season began, weighing in with three goals and providing three assists to help his club up to second. Watching his outlandish displays in the middle of the park, performances that ooze genuine class, just makes me sad that my own playing career was cut short due to a chronic lack of ability.

West Ham became the first team in Premier League history to avoid defeat in a match having trailed by three goals as late as the 81st minute after that breathless encounter against Spurs. I was all over Spurs & BTTS so obviously didn’t take that 94th-minute rocket from Manuel Lanzini with good grace. They face another huge test on Saturday lunchtime against Man City, who look a little skinny at 4/11 given their current problems at the back. Raheem Sterling is an industry-best price 4/1 to score first with Paddy Power and I definitely don’t hate that bet. West Ham always get destroyed by Sterling. Dems just the facts.

Can Roy Hodgson do his old club dirty here? All things considered, I think Palace are worth nibbling. Nobody has conceded more PL goals than Fulham so far and the Cottagers are as short as 2/7 already for the drop.

Betting: Crystal Palace to win to nil at 16/5 (Paddy Power)

Marcus Rashford scored a late winner in United’s 2-1 Champions League group stage victory at Paris Saint-Germain on Tuesday, and then on Wednesday put the squeeze on the current Government to keep the job right over free school dinners. Is there nothing this boy cannot do? Rashford can actually become the first Manchester United player to score two or more goals in consecutive Premier League home matches against Chelsea this weekend. Not sure whether he will or not, but he’s on a roll and not a bad shout to score first against the Blues.

Souness going off about Jordan Pickford last weekend was decent. To summarise, if you clumsily two-foot a Liverpool defender in the street while in full Everton kit and shinnies, you’ll likely be arrested and thrown in jail for assault. Make no bones about it though. Pickford’s reckless challenge on Virgil van Dijk has dealt a hammer blow to Liverpool’s season. They’ve managed just one clean sheet so far and it’s going to be a rough winter without their Dutch Rolls Royce. They’ll batter the Blades though. Liverpool have won 27 of their last 28 at home.

I’ve studied the coupon like a magician’s hand this week and I’m telling you there’s no better bet than Everton at 13/10 to win at St Mary’s. Southampton produced a stirring fightback against Chelsea last time out but don’t look great defensively and Everton will be too slick on the south coast.

Toon fans are not happy after watching five games of ‘Bruceball’ so far. Now it’s only five games, but Newcastle have the lowest average when it comes to shots on target per game (2.4) compared any other Premier League team this season. No system, no tactics, no clue. Somehow though The Mags have hoodwinked seven points and sit in the relative comfort of 13th spot in the league. It’s a funny old game. Wolves at a shade under odds on here though look a super punt. They should control the tempo in midfield and provide enough service to the in-form Raul Jimenez, who scored his 30th goal in all competitions for Wolves since the start of last season against Leeds last time out.

Not sure what Mesut Ozil will be doing, but Arsenal can extend their unbeaten home run against Leicester City in all competitions to 28 matches. Ozil’s exclusion from Arsenal’s Premier League squad is sad for both the club and player, especially with the Gunners crying out for a crafty ball-playing conjurer in attack.

Betting: Arsenal to win & both teams to score at 12/5 (Paddy Power)

Brighton’s form has not been great this season so if you are thinking of backing them here then please get in the bin. 5/6 for the home win? People have been locked up for less.

Spurs are aiming to win their first three away matches of a Premier League season for only the second time (first time being 2017/18) and will go off as 4/6 favourites at Turf Moor. Jose’s mob are currently the top scorers in this year’s Premier League, while in just five games, Tottenham have already conceded over half the goals that Mourinho’s Chelsea did in the whole 2004-05 season. So pipe down with the ‘Mourinho always plays such boring football’ nonsense please.