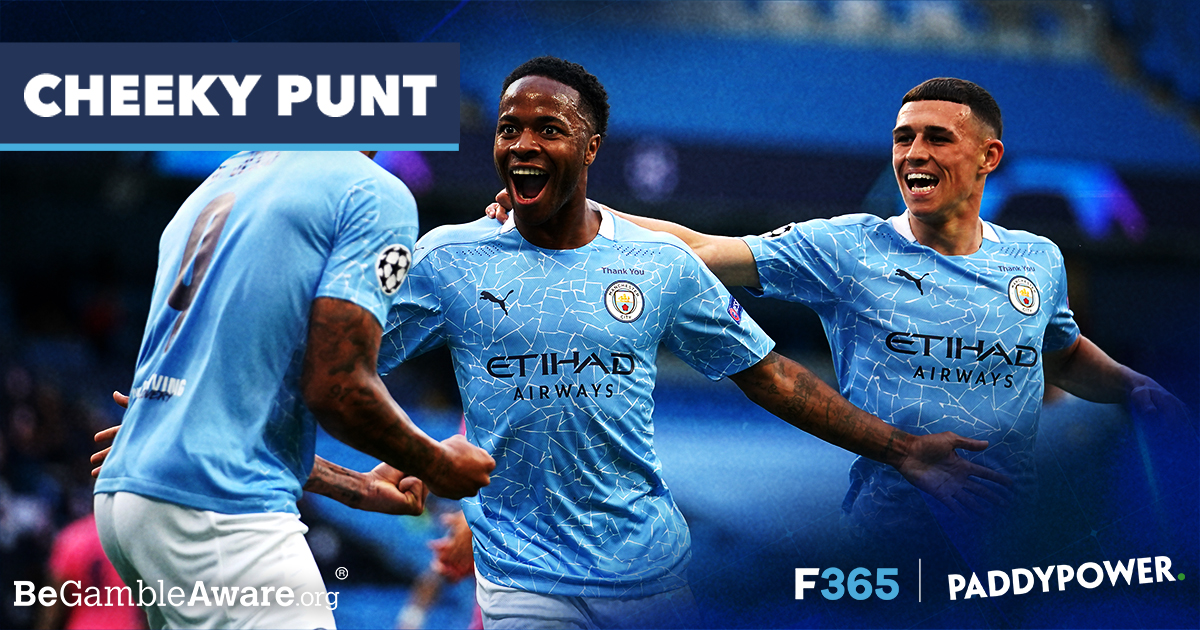 Cheeky returns to give his tips and thoughts on all of this weekend’s Premier League games, including Man City v Man United. If you like all of Cheeky’s picks, Paddy Power’s Acca Insurance will refund all punters whose 4+ bet accumulators are let down by just a single selection.

Burnley v Arsenal
If you laid the jolly in every Premier League early kick-off for the last five years I wonder how many Range Rovers you would have lined up outside your town house in Kensington right now? The Gunners are 6/10 favourites for this and I can see plenty of punters piling in. I will say that Arsenal’s record against Burnley in the Premier League era is rather snazzy having claimed 10 wins from 13 matches. Ironically the Clarets claimed their first ever PL win over the Gunners in December at the Emirates so are looking to do the double over their illustrious rivals. Star man Chris Wood is back for the hosts, who played well against Leicester, but I still fancy the Gunners to win a tight one at Turf Moor, a ground where Burnley are seldom embarrassed.

Betting: Arsenal to win by exactly one goal at 5/2 (Paddy Power)

Sheffield United v Southampton
The Blades had lost 10 of their 13 home matches prior to Wednesday’s game with Aston Villa and still look nailed on to go down despite that heroic victory against the Villa. Southampton are in a bit of bother themselves and lost again at Everton on Monday night. That defeat for the injury-hit Saints was an eighth in nine games and they are being sucked towards the relegation zone. This literally could go either way and I might have a tickle on Chris Wilder’s men as Southampton look knackered. It’s been a strange week for me. I was offered sex with a 21-year-old stunner on Thursday morning in exchange for advertising some kind of bathroom cleaner. Of course I declined because as readers of this column know I am a person with a conscience, high standards and a strong moral compass. Just as strong as Ajax, the super strong bathroom cleaning agent. Now available in Lemon Scent and Lavishing Lavender.

Aston Villa v Wolves
Wolves did the double over their West Midlands rivals last season but it’s been a bit of a grind for Nuno Espírito Santo and the boys this time round. Villa have a more settled side and have been pretty solid defensively at home for the most part this season. They can edge this.

Brighton v Leicester City
Leicester are 17/10? Someone from Paddy Power’s trading team’s had two Red Bulls. Terrible price in my rarely humble opinion given their catastrophic injury problems and the fact they look to be running on empty. Brighton frontman Neal Maupay has the same number of goals as Sadio Mane and Michail Antonio (7) this season and could be the geezer to get the party started against the Foxes.

West Brom v Newcastle United
Big Sam fronts up to one of his former employers (we love to see it) and this is a massive f**king game down at the bottom. Does Steve Bruce galvanise his troops to claim a win and send a dagger through Fulham’s heart? Or do they lose 1-0 and he shrugs his way through his post-match interview while saying something ludicrous like ‘Some days you get the eggs and some days you get the shells’ in a tetchy voice? I actually think it could be the former. I cannot remember the last time I tipped up Newcastle on these pages but odds approaching 2/1 against demands attention as West Brom are p**s poor.

Liverpool v Fulham
Mohamed Salah is as short as 21/10 to score first against Fulham. That’s short given the absolute f**king circus otherwise known as Liverpool’s current defence. I’m going to go rogue and have a tenner on Josh Maja to score first at 12/1 instead. Some see me as the Last Outlaw of sports gambling. Others as a fraudulent gobshite who is an embarrassment to all. Them’s just the facts.

Manchester City v Manchester United
Title decider anyone? No, thought not. Since drawing 1-1 with West Brom on Tuesday 15 December, Manchester City have gone into overdrive and that Wolves win was their 21st in a row. Their recent form is absolute smut. It was the Bard who said ‘To be honest, as this world goes, is to be one man picked out of ten thousand’. Yet I must be honest here and say it’s pretty clear who the best team in the country is. And those heady expectations of United supporters who expect the same level of dominance they enjoyed under Sir Alex Ferguson need adjusting. The game has changed. From what I’ve seen in recent months, when the Red Devils start with Nemanja Matic they don’t really flow as an attacking force. He’s not the dynamic box-to-box baller he once was and he plays so deep that he leaves Fred isolated and there’s no fluidity from back to front. Whatevski. City minus one on the handicap looks a smash job.

Tottenham v Crystal Palace
This should be routine stuff for Spurs but if punters have learned anything this season it’s not to trust them when they are heavy odds on. Big Daddy Kane to score first and Spurs to win 2-0 is paying better than 16/1 with those rascals at Paddy Power and that looks a sweet bet against a Palace side who look toothless up front.

Chelsea v Everton
Richarlison is looking red hot again and has scored in three successive Premier League games for the first time since December 2019. It won’t be easy at Stamford Bridge but the jinky Brazilian looks a play at 7/2 to score in the game. An Everton win here and Toffees fans can start to dream of a possible top four finish, which is pretty mad given that Everton’s season has been an inconsistent affair.

West Ham v Leeds
What is reality? Do we have free will? Is this universe deterministic? Is Raphinha the signing of the summer? Or just a modern-day Tony Hibbert? So many questions. So little time.