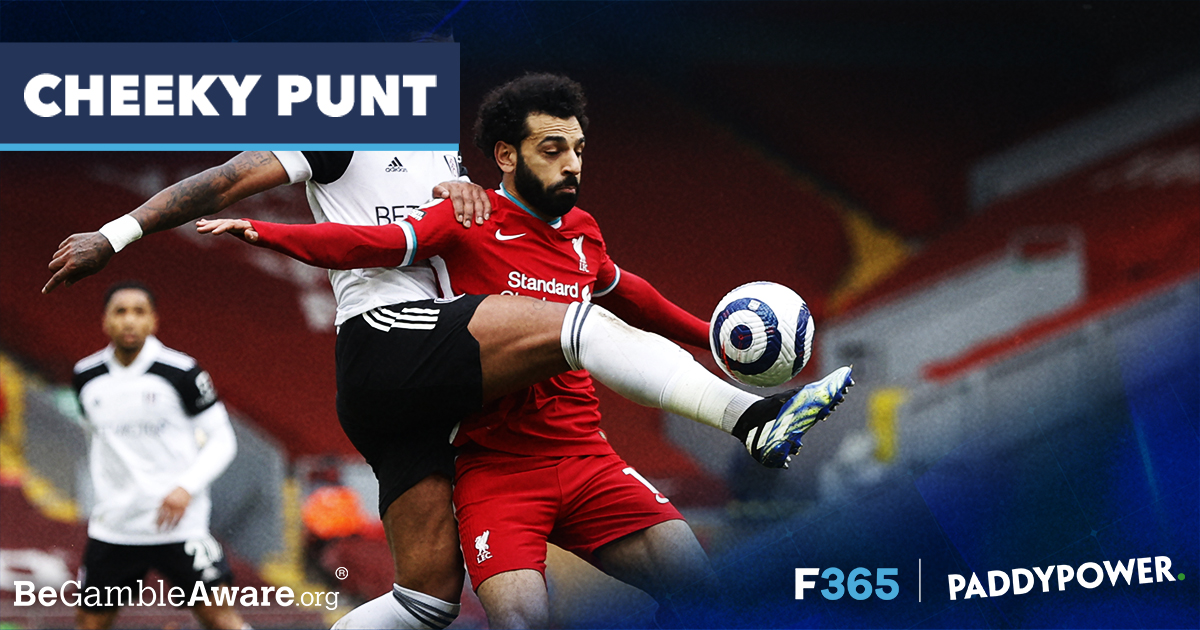 Cheeky returns to give his tips and thoughts on all of this weekend’s Premier League games, including Arsenal v Tottenham.

If you like all of Cheeky’s picks, Paddy Power’s Acca Insurance will refund all punters whose 4+ bet accumulators are let down by just a single selection.

Newcastle United v Aston Villa
Newcastle’s relegation odds have been chopped and it’s looking increasingly gloomy on Tyneside. Our own Daniel Storey caused a stir on Twitter last Sunday by revealing Jeff Hendrick was the top league goalscorer in that Magpies starting XI against West Brom. At time of writing he’d had one shot on target since the opening weekend. ‘It’s just shite, pure shite. It’s anti-football,’ moaned a mate of mine on WhatsApp in the dying embers of that West Brom game. He has a point. Make no bones. Two wins in 18 is relegation form. Where is the creativity? Where are the goals? Where is the sex?

Leeds United v Chelsea
At first glance Chelsea to win and both teams to score looks a fair price at 12/5. But Thomas Tuchel’s Blues have conceded just two goals in his first 11 games in charge. That’s an incredible average of just 0.22 goals per game they’ve shipped in the Premier League under TT. Tuchel has enjoyed a fabulous start and can mastermind another victory at Elland Road, where Chelsea’s record is decent.

Crystal Palace v West Brom
Two sides in poor form who are struggling to score goals. It’s a big game at the wrong end of the table as two former England managers clash in what can’t be anything other than a tight, cagey affair. It’s been a tough week for the Royal Family of course after THAT interview. I’ve given the whole thing a bit of a wide berth but having a think about it, Sam Allardyce would not be a bad shout to take over from the Queen when the time comes. He’s tactically light years ahead of Prince Charles. Whisper his name amongst the winds of change, and he shall appear. Obviously he would insist on keeping his own image rights. That’s non-negotiable.

Everton v Burnley
If you’d have told me in August that Everton would be fighting for a top-four finish in March having already beaten Liverpool, Spurs and Leicester away from home, I’d have laughed in your face (in a sanitised manner from a socially distanced vantage point). The Toffees are just four points behind Chelsea with a game in hand and should be too hot for Burnley here. Don Carlo is working his magic and 4/5 about the home win looks a smash job. Talking of smash jobs, it’s Cheltenham next week of course. Gonna be s**te without fans. Will miss the roar at the start of the Supreme, the deafening noise when a favourite only has to jump the last to win, and will even miss idiots in tweed next to me saying “I was going to back that” while half-alight on exorbitantly priced Guinness. Also, It’s a body warmer so f**k off calling it a gilet.

Fulham v Manchester City
Contrasting fortunes last Sunday for these two teams with Fulham winning at Anfield while Manchester City just didn’t turn up for the Manchester derby. The Cottagers have given themselves a real chance of staying up but this looks a tough ask against the best team in the country. I fancy Phil Foden to start and if he does, 7/4 looks a cracking bet about him finding the net over 90 minutes. It’s a bit of a weird one how little the England youngster has featured since putting in that mesmeric shift at Anfield a few weeks back. If you are reading this Pep old son just leave your explanation in the comments section. Cheers mate.

Southampton v Brighton
Squeaky bum time for Brighton fans. “We’re suffering, the performance deserved something from the game.” So said Graham Potter after Brighton’s loss to Leicester City. To be fair they are playing some decent stuff but just not getting the breaks in front of goal. Their luck has to change at some point however as they are a decent footballing side despite their perilous league position so I’m happy to row in at 13/8 here about then beating a very ordinary Saints side.

Leicester City v Sheffield United
The Foxes have lost six times already at home this season and in truth look much more comfortable away from the King Power. Jamie Vardy has officially reached veteran status at 34 but keeps on keeping on. How can people say Vardy ain’t a Premier League legend? Golden Boot winner. Premier League winner. Premier League 100 club member. Premier League player of the season inductee. He’s done the lot and done so with a haircut that just screams “Blue WKD please, mate”.

Arsenal v Tottenham
Jose Mourinho came out swinging after Tottenham reached 100 goals for the season after blitzing Crystal Palace last weekend, an achievement he sarcastically purred was “not bad for a very defensive, very negative team”. Yes Jose! Harry Kane and Gareth Bale grabbed a brace apiece against the Eagles, and I really fancy Spurs to win Sunday’s north London derby. Arsenal showcased their limitations in that draw with Burnley and lost 2-0 in the reverse fixture against Spurs back in December. Bale has hit a legit purple patch during the last month with six goals and three assists in his last six games in all competitions. Spurs have knocked together a four-game winning streak. Put simply, they are my nap of the weekend and anyone not backing Tottenham at 7/4, I wish you only a night of troubled doubt and remorse.

Manchester United v West Ham
Mad what’s happening at West Ham. Fifth in the league. On a roll. And a season which began with large scale protests against the ‘Two Daves’ and Karren Brady in east London could yet end with them qualifying for the Champions League. They face a serious test at Old Trafford however. Last weekend Ole Gunnar Solskjaer became the first manager in Manchester United history to win his first three Manchester derby away games. The Red Devils have an excellent home record against the Hammers but the draw looks a huge runner at 13/5 as this West Ham side won’t freeze.

Wolves v Liverpool
As it seems the thing to do, I’d like to blame Jurgen Klopp for England losing the cricket in India. Seriously, given what he has achieved in the past couple of years I’m struggling with the amount of stick he’s had in recent weeks. Get a grip for f**k’s sake. From where I’m standing he is still, absolutely, the man for the job, but LFC’s owners must back Klopp in the transfer market to give them a chance of regaining the Premier League title next season. They won’t finish in the top four this season having lost nine of their 28 matches to this point but Mo Salah will still fancy himself to claim the Golden Boot and he can add to his 17 goals for the season by notching first against Wolves.