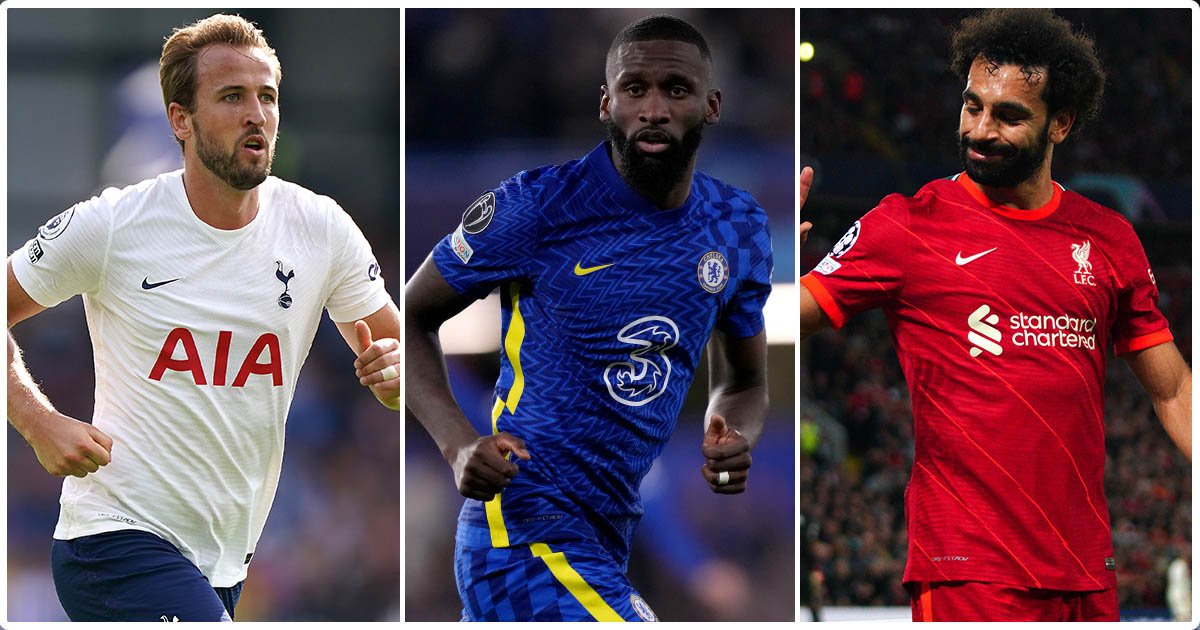 We’re back for another busy weekend of Premier League action and Cheeky is back to preview all the matches and give you his best tips.

Chelsea v Manchester City
It’s only early in the season of course, but this feels huge. The bookies can’t split them with both the home win and away win on offer at 17/10 with those old rogues at Paddy Power.

Chelsea underlined their Premier League title credentials with an impressive display against Tottenham and many fans are hailing the signing of Romelu Lukaku as the missing piece of the jigsaw as they look to claim their first championship since 2017.

Thomas Tuchel’s sexy 3-4-3 system seems to have Pep Guardiola’s head well and truly farting, with the Manchester outfit having lost their last three against the Blues. It’s hard to completely dismiss the Citizens though, such is their quality. They endured a tough start last season but then broke the record for most consecutive wins by an English top-flight team (21) on the way to the title.

Despite a remarkable amount of attacking talent in both squads, defences could be on top here. Chelsea have played five games, scored 12 and conceded only one. The Citizens have also only conceded once but have lost against Tottenham and were disappointing last time out in that 0-0 coupon buster with Southampton. On what we’ve seen so far from both teams, give me Chelsea to win this in a game featuring less than four goals and for the bookies to smash them into title favouritism thereafter.

Manchester United v Aston Villa
Manchester United, with 13 goals in five games, face an erratic Aston Villa at home on Saturday in a game they must surely be winning if they’ve any ambitions of still being in the title frame come Christmas.

Over 3.5 goals looks a play here. The industry of Paul Pogba, creativity of Bruno Fernandes and sheer majesty of Cristiano Ronaldo has got Red Devils fans buzzing again and Villa won’t come to roll over. Ole’s mob have managed just a solitary clean sheet in five Premier League games so far. Over 3.5 is 7/5. Inject that right into my veins.

Everton v Norwich City
Just the one winner last week. If laughter is the best medicine, then some of these early season tips must be curing the world! Chin up though, Cheeky. In the words of the immortal Sam Cooke ‘A Change Is Gonna Come’ and I’m backing Norwich to pick up their first points of the season at Goodison.

Everton have shipped seven goals in five matches so far and are not the same side without Dominic Calvert-Lewin, who remains unavailable due to injury.

Leeds United v West Ham United
I was cursing Leeds’ profligacy in front of goal on Tyneside last Friday night. Could’ve easily been three goals up at half-time against the Geordies but somehow drew and got my weekend off to a stinker.

Michail Antonio should return for the Hammers but am unsure why Leeds are slight betting outsiders here on their own patch. F**k it am backing Leeds to win their first Premier League game at a handsome 17/10. Tony Harrison, my favourite poet, hailed from Leeds. Whatever happened to the northern iconoclasts?

Leicester City v Burnley
The Foxes are unbeaten in their last 10 home league contests versus Burnley (W6 D4) but three defeats in five so far this season leaves me wondering whether we can trust the Foxes at 8/15? They should be winning this but may have to do things the hard way against Sean Dyche’s battlers.

I’m happy to have a flamboyant ten spot on Burnley to be ahead at half-time with Leicester then going on to win the match.

Watford v Newcastle United
The Mags spoilt sober September for me last weekend. There I was more than three weeks off the pots and pans and happily quaffing lime and soda water when I went out. Right up to having £200 on Leeds to win on Tyneside at 6/5. After that bet went to shit I hit the drink and had a bit of a blowout Friday and Saturday. Alcohol has caused carnage in my life for 25 years but continues to fascinate me.

For example, how four beers equals 50 gallons of frothy piss is absolutely beyond me? I digress. The Hornets have won 14 of their last 17 home league and cup matches. Home win.

Brentford v Liverpool
If Mo Salah scores on Saturday night he will match Steven Gerrard’s Liverpool record of 13 Premier League goals in London. And why wouldn’t he score? The Egyptian King has made a scintillating start to the season and Brentford face the ultimate test against the Reds here.

The Paddy Power scorecast of Salah to score and Liverpool to win 2-0 is just shy of 16/1. Dat’s a fuggin boss price dat, la.

Southampton v Wolves
I like Ralph Hasenhüttl. Unassuming. Cheeky smile. Looks like he could get amongst the Gazprom all day on a European stag do wearing shorts and an ill-fitting Ralph Lauren tee and potentially still be the last man standing. He’s got Southampton well drilled too. They have not shipped a first-half goal in five PL matches this season.

Arsenal v Tottenham
Spurs make the short trip to the Emirates knowing Arsenal are aiming for back-to-back league wins over Tottenham for the first time since the 2013/14 campaign. Neither side has looked particularly solid this season and in reality this is a mid-table tussle between two mediocre teams.

What the f**k is going on with Harry Kane, man? The England skipper has managed just four shouts from four league matches so far and just hasn’t been at the races. Strangely though I do feel man-for-man this Tottenham side possesses more scoring power than Arsenal, who have bagged just two goals in five games (but at least are now out of the bottom three). Nuno could have the edge tactically over Senor Arteta on the day and better than 2/1 about a Spurs win looks a bet.

Crystal Palace v Brighton
In recent seasons this is a fixture that tends to guarantee goals. They’ve played eight times in the Premier League era, with Palace holding a slight edge (three wins for the Eagles against two for Brighton and two draws).

The Seagulls have never won three in a row on the road in the top flight before but have won their last two and in Graham Potter have one of the best young managers in the country.