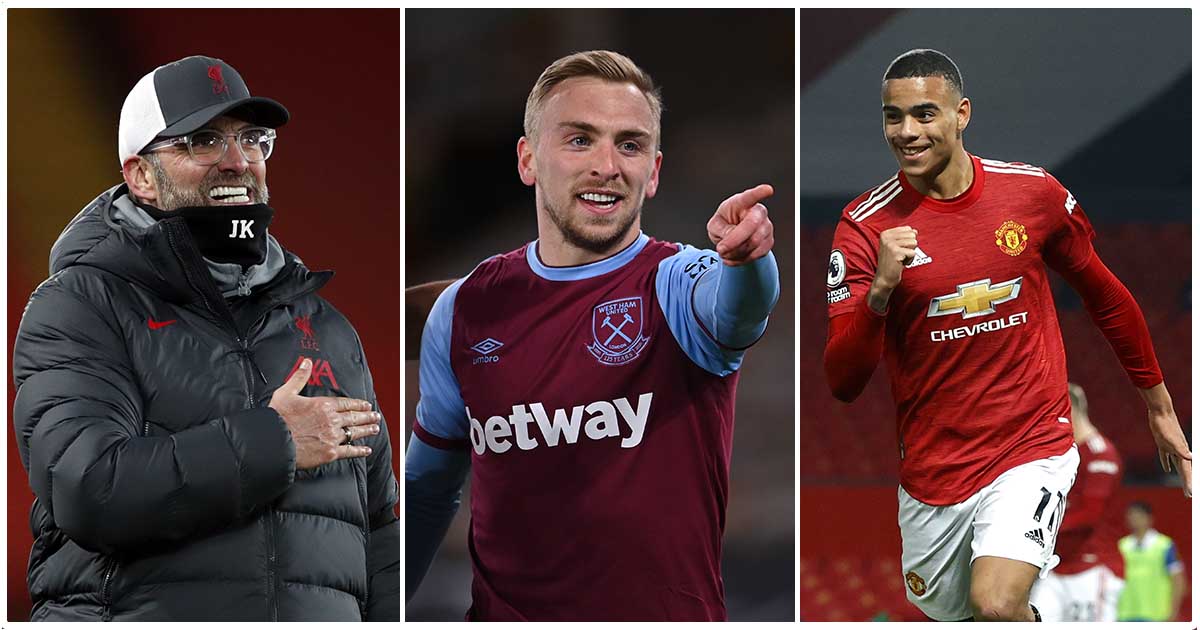 Man City v Leeds, Liverpool v Aston Villa, Spurs v Man Utd – another great weekend of football awaits! Cheeky is here to preview all ten Premier League games. If you like all of Cheeky’s picks, Paddy Power’s Acca Insurance will refund all punters whose 4+ bet accumulators are let down by just a single selection.

Fulham v Wolves
Fulham need a response after their late capitulation against the Villa last weekend, but fans will be encouraged by the fact their side are unbeaten in their five Premier League home meetings with Wolves. Wolves have picked up just 16 points from 15 away matches so far so Scott Parker’s men will fancy the job here. But the home win looks a tad short at 7/5 given Fulham’s perilous position in the table so a punt on the draw at 2/1 could be the route to profit.

Manchester City v Leeds United
Leeds’ 1-1 draw with City earlier this season was notable for the fact Marcelo Bielsa’s men enjoyed 52%  possession in the match. Not many teams can do that against a Pep Guardiola side. The home win is the obvious shout but City are 1/4 on. And nobody is getting rich punting 1/4 shots. The maverick in me reckons Raphinha is a bet at 11/2 to score at the Etihad. The Brazilian is a fantastic young footballer and has probably deserved to score more than the six Premier League goals he already has this season.

Liverpool v Aston Villa
Liverpool’s defence rolled out the red carpet for Real Madrid in Europe the other night and I’m not sure I’d be willing to have the rent money on them keeping a clean sheet this weekend. Messrs Phillips and Kabak got absolutely rinsed in a quite shocking first half in Spain and it will be interesting to see if Jurgen Klopp keeps faith with said duo on Saturday. I do fancy the Reds to edge a mini-classic against Villa however so Liverpool & BTTS is how I’ll be betting.

Betting: Liverpool to win & both teams to score at 15/8 (Paddy Power)

Crystal Palace v Chelsea
Chelsea’s stunning defeat to West Brom last Saturday must rank as one of the most ridiculous results of the season. After watching that, would even the most fervent Blues fan dare steam in on the away win here at 8/15? Those odds are skinny, even if you factor in that Chelsea have won their last six Premier League matches against the Eagles. Mason Mount anytime looks a far better proposition at 13/5. The 22-year-old continues to impress for both club and country and can get amongst the goals on Saturday night.

Burnley v Newcastle United
The Toon have a decent record against the Clarets, losing just two of the nine previous Premier League matches the teams have contested. Steve Bruce’s men beat them 3-1 back in October and a repeat result would be huge in their bid to beat the drop. Newcastle were genuinely awful in their last away game however. After that woeful 3-0 defeat against Brighton, Bruce said: “Their tactics were very decent, they caught us out in that respect.” Bit shifty from Brighton I suppose, using tactics. Home win.

West Ham v Leicester City
Fair play to David Moyes. He may look like the kind of guy that offers unsolicited advice at a fruit machine, yet he undeniably knows his onions when it comes to the Beautiful Game. Indeed his West Ham United side have the second best Premier League home record this season, securing 28 points from 15 matches. They will beat Leicester too and make that 31 points from 16.

Tottenham v Manchester United
Manchester United are unbeaten in 22 Premier League away matches. That’s a hell of a run and they will have revenge in mind against Jose Mourinho after that 6-1 tonking Spurs dished out back in October. I’m not sure Spurs can be trusted at the moment. Too many big players – with the exception of Harry Kane – go missing when it matters. I like the away win at 7/5. Mason Greenwood already has 12 for the season and can notch in consecutive PL appearances this Sunday. Also, is anyone else of the same opinion that none of this Covid shite would have happened had Kane just squared the ball to Sterling in 2018?

Sheffield United v Arsenal
Not sure how I can describe the 4/7 on offer about Arsenal here as anything other than an abomination. Clueless against Liverpool last week, weren’t they? Add to this the fact that star turn Kieran Tierney has suffered ligament damage in his knee and it’s clear there are better odds on shots out there this weekend. Can’t quite pull the trigger on the Blades either at 5/1 given their horrendous form this season, so low goals might be the way to go fam.

West Brom v Southampton
The Baggies went f**king nuts against Chelsea last time out. It was a surreal watch. As a consequence, Big Sam Allardyce believes West Brom have given themselves hope of pulling off an incredible escape after that 5-2 win at the Bridge. Southampton‘s recent form has been respectable, but this just reeks of a 1-0 home win with Big Sam fist-pumping at the end before ruffling someone’s hair and volleying a Wrigley’s into the cool night sky.

Brighton v Everton
Everton have been virtually impossible for punters to work out this season. Time after time they’ve fluffed their lines as heavy odds-on shots against mediocre opposition (usually at home) and yet if they win their game in hand will go above Liverpool and Spurs into fifth. They’ve already caused me too much heartache for one season however so I’ll be having a go on Brighton at 13/10. Remember, if you can’t have sex with the monkey, make friends with the organ grinder.